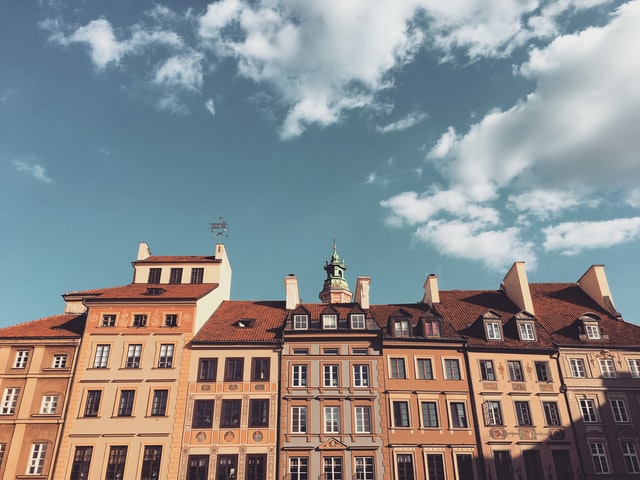 The government is working on a new property tax, which would apply to empty apartments. Property taxes are bread and butter in Europe, but differ in terms of design, tax base and rates. In Poland, taking into account their amount in relation to GDP or all tax revenues of the state, they are not excessive. This could change if the government went a step further and taxed not only vacancy but also introduced a general cadastral tax.

The Ministry of Finance and the Ministry of Development and Technology are working on the concept of a new tax on unused housing, reports Rzeczpospolita. It is a tax only on the third and subsequent owned and unused (not rented to other people) apartments. This is not the first time that information on the vacancy tax has appeared. The government recently admitted in December last year that there was an idea for such a tribute.

A similar property tax prepared by the government is to be introduced in Germany. Ireland also announced a housing development plan. taxation of empty or unused houses. Currently, the Irish government is analysing the situation on the housing market and is preparing a proposal of appropriate assumptions for the new tax, informs Rzeczpospolita. UK property owners have to pay council tax on any property that is not their principal place of residence.

The highest property taxes in these countries

When there are any reports of changes in Polish real estate taxes (mainly housing) , questions are asked about the so-called Cadastral tax . Recently, government representatives have systematically indicated that there will be no such tribute. This would be a general tax on the value of real estate commonly paid by all Poles. Usually in the countries in which it operates, the rate is 1-2%. Thus, in the case of an apartment worth 500000 PLN, the annual tribute would be 5-10 thousand. zloty. This would be a great change, because now real estate taxes paid by households to local governments are only a few dozen, and in the case of the largest premises – low, several hundred zlotys a year.

OECD data (Organisation for Economic Co-operation and Development, which brings together 38 developed and democratic countries in the world) shows that the level of property taxation in individual countries varies significantly. The data for 2020 indicate that the OECD average of the value of this type of taxes in relation to GDP was around 1.85%. Recurring and one-off taxes on the ownership, use or sale of real estate are taken into account.

Among European countries, the highest real estate taxes in relation to GDP have been in recent years in France and the United Kingdom (about 3.9% of GDP each) as well as Belgium (3.45%), Italy and the Netherlands (about 2.45% each). .). Poland with an indicator of 1.3 percent is located at the bottom of the ranking, by 0.55 percentage points. below the average for OECD countries.

In Germany, to which we often compare, property taxes in recent years accounted for a smaller part of GDP than in Poland, and amounted to about 1-1.3 percent. In Hungary, the solutions of which are often modelled by the current government, it was 1 percent. The lowest rates have been recorded in recent years in countries such as the Czech Republic, Slovakia and Austria, where they were around 0.5% each.

If we take into account another criterion, i.e. property taxes in relation to all tax revenues of a given country, the lead was similar. The record holder in 2020 was the United Kingdom, where this indicator reached 11.8%. In France and Belgium, it was 8.8%, respectively. and 8 percent The average for OECD is estimated at around 5.5%, in Poland it was 3.6%. In recent years, property taxes accounted for the least in state tax revenues in the Czech Republic, Slovakia and Austria (about 1.3% each).

The diversified amount of taxes levied on real estate results from their diversified structure. The real estate taxation systems in force in European countries can be divided into two groups: systems based on the value of the property specified in the real estate cadastre (register) and those in which the tax base is the area of ​​the real estate.

In most European Union countries the first system, i.e. the cadastral tax, is the norm. It is based on its capital value (the probable price that can be obtained from the sale of the property) or its rental value (the obtainable annual rent for the property, estimates are usually updated every five to ten years).

A system based on the size of real estate, similar to that in Poland, is also in force in other countries of Central and Eastern Europe (e.g. Bulgaria, the Czech Republic, Slovakia). These countries are usually found at the bottom of the property tax tables above. This is because space-based systems do not take into account the increase in the value of premises or land, so the state revenues from this source usually grow slower than GDP. That is why many countries in the region are wondering how to reform taxes of this type.

In most European countries, a solution was used consisting in adopting a unified tax structure aimed at specific categories of real estate. In some, such as France, Denmark and the United Kingdom (where property taxes are the highest), a system has been adopted that charges different types of property differently. In France, there is a tax on undeveloped and built-up real estate, and a housing tax. As for the rates, in almost all European countries their level varies depending on the type, destination and location of a given property .

The UK property tax system includes two taxes on two categories of property: residential and non-residential. In the case of the former, the taxable amount is the market value of the premises, and in the latter, rental income. The rates vary, e.g. for the lowest valued properties it is 0.5%, and for residential buildings the average value is 1%.

For example, in France and Belgium, cadastral taxation is assumed to be based on the annual value of the rentals that can be obtained from letting the property. In Germany, the cadastral tax is based on the value of the property (market or rental value) multiplied by the relevant factors. The tax rate with our western neighbours varies depending on the type of property and the federal state, and is usually 0.26 percent. up to 1 percent

The cadastral tax in Ireland has an interesting structure, where the value of the property being the taxable amount is assessed by the taxpayer himself. The probability of an attempt to underestimate the value of an apartment is reduced by the rule that selling real estate for a price higher than 110 percent. of the declared value may result in severe penalties.

The linear tax rate is not always applied. It is in Ireland that the tax rate is 0.18 percent. for properties worth up to EUR 1 million and 0.25 percent. for those valued at over EUR 1 million. In Latvia, in the case of residential buildings, the rates are progressive and range from 0.2%. up to 0.6 percent depending on the value of the apartment.

In the United States, the cadastral tax is determined by local authorities depending on the value of the property . Tax rates are relatively high and reach 2-2.5%. In Singapore, one of the most expensive housing markets in the world, it is as much as 4%. per year, as long as the owner lives there. If it is a premises rented or intended for business activity, the rate exceeds 4%.

Regulations in many countries provide for tax preferences, i.e. tax reliefs and exemptions. It is worth paying attention to subjective preferences, i.e. those relating to a specific type of property (state property, municipal property, occupied for the needs of administrative bodies and intended for the implementation of public tasks). Reliefs may also apply to persons due to their life situation (age, disease, number of dependents, degree of taxpayer’s wealth). There are also objective exclusions related to the way of using the property (agricultural, forestry).

The Zloty was the strongest towards the Euro since the outbreak...