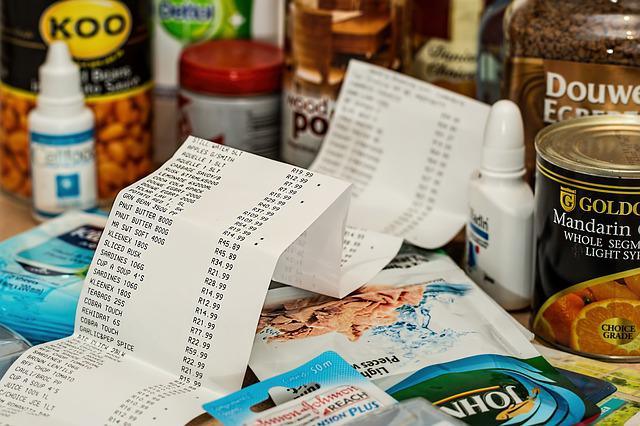 The final reading of consumer inflation in April was 12.4%. – the Central Statistical Office (GUS) reported on Friday (today). This level is slightly higher than the preliminary reading given two weeks ago. Inflation in Poland is the highest in 24 years!

Consumer inflation in April 2022 was 12.4% year on year, i.e. it accelerated from 11 percent. in March. The final reading for April turned out to be slightly higher than the preliminary reading (the so-called flash), which was released on April 29 and amounted to 12.3%. According to the data from the Central Statistical Office of Poland (GUS), the biggest impact on the rise in CPI last month was the further significant increase in food prices (around 4.2% m / m) and gave a expensive Easter in Poland, and the prices of energy carriers (around 2.4% m / m). The inflation index in April accelerated compared to March, when it was 11%. On a month-to-month basis, the CPI index rose by 2% in April.

At the same time, strong pressure from core inflation is still high, which increased in April, according to economists’ estimates, to 7.7%. year on year from 6.9 percent in March . This index, which does not take into account food and energy prices, shows changes in prices that are more influenced by the Monetary Policy Council. According to economists, high core inflation and an increase in the price of services and most goods confirm the spreading of price increases in the economy.

“Since the beginning of the year, core inflation has been growing at a rate of 1% m / m, and April saw an acceleration of this growth. This indicates that the previous external shocks (increase in energy costs) and the tense situation on the labour market (increase in wages) are starting to translate into price baseline (second-round effects) “- wrote the economists of ING Bank Śląski in the morning commentary.

Forecast says it will peak at around 14%

This is not the end of the price increase in Poland. Most economists expect CPI inflation to peak at around 14% in the period June-August. Forecasts range from 13 to 15 percent. – it results from surveys collected by PAP Biznes. Some economists point out that the peak may be flattened and last several months, and the highest reading may fall not in the summer but in the fall.

High inflation, significantly exceeding the National Bank of Poland’s (NBP) inflation target (amounting to 2.5% with a deviation range of +/- 1 percentage point), and forecasts assuming further price increases make it necessary to assume further interest rate increases by the Monetary Policy Council. At the meeting a week ago, the MPC raised the reference rate by 0.75 percentage points to 5.25 percent. It was the eighth increase in the cycle started in October 2021, then the rates were 0.1%.

Currently, WIBOR rates assume that interest rates will increase to at least 6.5 percent. However, the FRA contracts market indicates that it may be even 7.5 percent in a few months. Economists forecast that the MPC in an optimistic scenario may end the cycle of hikes around 6.5%, which would mean two or three more hikes. ING Bank Śląski economists are more pessimistic and assume an increase in the reference rate to 8.5 percent. before the end of this year.

Sławomir Dudek, chief economist of the Civic Development Foundation, wrote on Twitter that it is worth looking at the inflation rates more broadly. “Since the beginning of 2020, when the NBP pumped a lot of empty money into the partnership with the government, and since transfers pumping consumption instead of investments started off the hoof, prices have increased by over 19 percent in total, including base prices by 14 percent.” – wrote Dudek.

15/10/2022 0
It is not a secret the Polish banks are not big fans of the credit holidays option for their clients and the latest news...
Go to mobile version