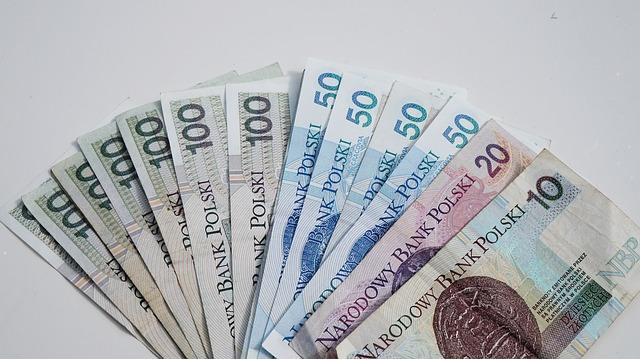 The government on Tuesday (today) is to deal with a project to help mortgage holders. The prime minister announced it several days ago during the European Economic Congress in Katowice.

The government estimates that the package of changes will reduce interest by over PLN 1 billion nationwide. Experts believe that “the costs will be borne by the banks, some of the solutions are absurd, and the authorities are concerned with saving the image”.

The government will deal with the loans

Today at 11 am a meeting of the Council of Ministers is planned. On the agenda is that the government will deal with “the information of the Minister of Finance on the assumptions of aid for borrowers”.

During the European Economic Congress in Katowice, Prime Minister Mateusz Morawiecki announced an aid plan for people who repay PLN mortgage loans. There are four points in the plan, though three directly affect borrowers:

Paweł Schmidt, a financial expert from Notus Finanse, indicates that the government support plans for borrowers announced during the 14th European Economic Congress are an ad hoc attempt to save the image, similar to the so-called an anti-inflationary shield, in the form of a reduction in VAT on food products, the effects of which, however, are not visible in everyday shopping.

“The idea of ​​replacing the WIBOR rate with an alternative rate based on the interest rate on overnight deposits may, in the short term, reduce the instalments by most borrowers by up to several hundred zlotys, because their level is currently close to the reference rates set by the Monetary Policy Council. However, as interest rates fall, which is expected by the market in the medium term, there is a risk of the consumer price rising again. It is to be expected that the market will react to such a top-down attempt to reduce the cost of credit”, he says.

“On the other hand, the idea of ​​credit holidays of a repeatable nature in a quarterly cycle is completely wrong. Moreover, taking advantage of this idea will absolutely hurt any borrower. First, by using this option, the borrower will only postpone the payment of his instalments. Secondly, a client benefiting from an instalment suspension will be perceived by banks as much less reliable. For this reason, only those who are in a difficult financial situation should use such facilities”, he adds.

Paweł Schmidt also points out that the proposal to create a Borrowers Support Fund from the banking sector will be a favourable solution for a small group of borrowers who will be able to survive the most difficult period, but its cost will be indirectly passed on by banks to their clients. As a result, everyone will pay for the support of a narrow group of those most affected by the market situation – not only borrowers, but every bank customer.

Marcin Zieliński, economist of the Civic Development Forum, points out that although for some mortgage borrowers the recent increase in instalments is shocking, they still pay interest at a rate lower than inflation. This allows them, in his opinion, to quickly “outgrow” debt in a similar way as in the case of states “growing out” of debt.

“The current problems are typically liquidity problems and, apart from cases of human tragedies, any support should be liquidity – e.g. in the form of spreading the loan over a longer period.

It must be remembered that over the last 10 years, income and real estate prices have increased by approx. 60%. By October 2022, instalments of older loans had fallen by several dozen percent due to interest rate cuts. Third, from mid-2021, all banks offer fixed-rate mortgage loans for a period of at least five years.

He adds that people who previously took out a loan with a floating rate, refinancing their liability, could also take advantage of fixed-rate loans. According to Marcin Zieliński, the support for borrowers who opted for a floating rate and found themselves in trouble cannot be harmful to those who opted for a periodically fixed rate.

“The idea of ​​universal interest-free credit holidays should be considered absurd, because it covers everyone, including those who do not have any problems with servicing instalments, but would now be able to postpone instalments for free. Replacing WIBOR with another index, if it takes place in the manner of replacing LIBOR CHF with the SARON index, i.e. taking into account the so-called the correcting spread, will be neutral in the longer run.

It should be noted that, contrary to Morawiecki’s words, it is not the banks that are responsible for the WIBOR index, but the state-controlled company GPW Benchmark, which has received permission from the Polish Financial Supervision Authority to administer the WIBOR index.

The readings of the WIBOR 3M or WIBOR 6M indicators are in line with the market expectations of future interest rate increases, as evidenced by the high convergence with the respective yields on Polish treasury bonds. When it comes to increasing the funds at the disposal of the Borrowers Support Fund, such a step should be preceded by appropriate analyses of the possible needs of borrowers who meet the conditions to receive aid from this Fund”,  he enumerates.

Banks will pay for the prime minister’s ideas

Marcin Mrowiec, former chief economist of Pekao SA, says that only presenting the details of the proposed measures will allow for a more accurate assessment of the government proposals, while on a general level it should be noted that the government decided to help borrowers at the expense of banks.

“In a broader context, it means the tendency to change the conditions of the game during the game. If “today” the government decided to change the rules for millions of contracts concluded voluntarily between banks and borrowers, then “tomorrow” may interfere in bulk in other types of contracts.This type of approach discourages from making investments in a country where the authorities do so, and it is not strictly about the banking sector (where no one expects any significant investments), but about the perception of the investment risk of a given country, whether in a given country rules govern, or they can be changed at any time in response to pressures from “here and now”.

Investors always choose countries that are regulated by regulation, because the business reality itself carries so many challenges and uncertainties that they do not want to add to this the regulatory uncertainty of a given country. Let us remember that Poland has one of the lowest rates of private sector investment in GDP in Europe, and regulatory uncertainty for many years has been indicated in many studies as one of the main barriers to investment” he says.

The economist also draws attention to the fact that, as a rule, the aid should be calibrated and targeted at those who really need it, because “credit holidays”, which are to apply to all borrowers – even those who are doing well and do not need help – it is an unnecessary cost for the banking sector decided by the government.

“According to the announcement, the change in the reference rate is to apply only to mortgage loans; WIBOR is to continue to be used in the case of consumer loans or corporate loans. This is the next stage of complicating the system by the discretionary decision of the authorities. The additional costs imposed on the banking sector will also force the sector to recalculate the risk and costs of granting mortgage loans, which will most likely result in an increase in margins on mortgage loans. I

f, in turn, state-owned banks, which have a large share in these loans, for political reasons decide not to take into account the real cost and risks associated with these loans and continue to grant them as before – private banks will be pushed out of this market over time, because their product will cease to exist be competitively priced”, he emphasises.

Marcin Mrowiec sums up that “very few, but still existing people – who decided to hedge against interest rate risk and took a fixed rate loan – learned another lesson (after the issue of Swiss franc loans) that forethought does not pay off in the current regulatory realities in Poland.”

The Euro was worth 5 PLN yesterday and that for the...