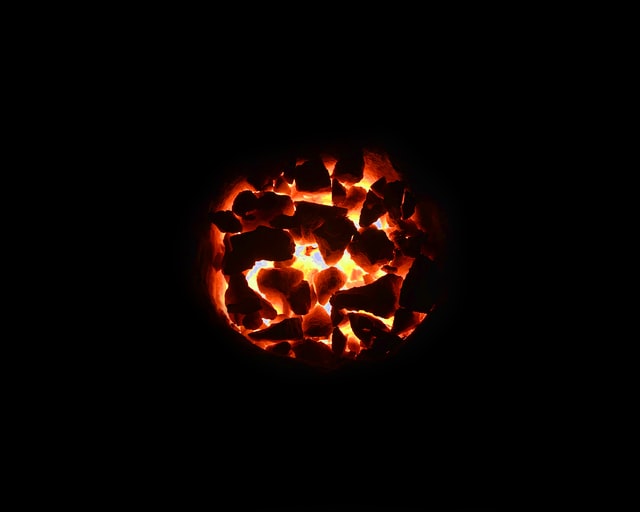 Will there be a total lack of coal in Poland later this year? After another mining company stated that it cannot increase coal production, it is certain that after the summer holidays we will be dealing with an unprecedented situation. But according to experts, there is nothing to complain about, just change the Polish heating sector as soon as possible.

The Katowice branch of the Industrial Development Agency  announced that in March this year. Polish mines produced almost 5.5 million tons of coal. Not only was it over a million more than a month earlier, i.e. in February (4.47 million tons), but the last time such results could be observed was in November 2018 (over 5.5 million tons).

Millions of tons of coal in Poland

It is worth mentioning here that in the period from 2008 to 2014, the production of coal in Poland only incidentally fell below 6 million tonnes. in May 2009 (5.97 million tons) or in June 2010 (5.93 million tons). For several months now, the coal reserves in the mines have been following in the opposite direction. ARP calculates that there are now only 1 million 352.2 thousand. tons  of black gold . And a year ago there was 5.82 tons of coal. In August and September 2020, there were almost 6 million tons of raw material at the mines. Now it is the lowest level since November 2008, when the mines had only 1.28 tons of coal.

In few months there will be a shortage of coal anyway

This is disturbing data. Especially in the context of the coal embargo from Russia and estimates that in the next heating season, which begins in September-October, a total of up to 10 million tons of coal may be missing, half of which will concern households. Trade unions are slowly beginning to doubt whether the Ministry of State Assets is actually in control of the situation as it declares.

The government is still planning to close the mines and subsidise the reduction of production. The lack of a concept of what is next is more and more visible, as is the lack of a crisis strategy. And yet it is already the month of May. The heating season starts in September. What will the government tell the public about the past eight years? – wonders Bogdan Tkocz, head of the Solidarity Trade Union at Tauron Serwis.

For now, it is known that domestic companies will not be able to fill the holes left by Russian coal. Earlier, Tomasz Rogala, president of Polska Grupa Górnicza, mentioned the limitations when it comes to increasing production. Later, Artur Wasil, president of Lubelski Węgiel Bogdanka, also spoke in a similar vein.

Now is the time for Tauron Wydobycie, which in 2021 produced 5.15 million tons of coal, and the plan for 2022 assumes a production of 5.1 million tons. As we heard during the European Economic Congress in Katowice, the company intends to slightly slow down the reduction in production, which is to fall by no more than 100,000 from one year to the next tons, as originally assumed – up to 25000. In turn, JSW representatives already estimate that in the recent tragic accidents in the Pniówek and Zofiówka mines, their production reduction this year may amount to as much as 400,000. Vol.

The Polish heating industry is waiting for a revolution

it is not known how the government will want to deal with this problem. There is talk of special coal supplies from, for example, Australia. But Forum Energii has a completely different proposal  . Representatives of the think tank in the latest analysis entitled “Clean heat as the engine of the Polish economy” proves that there is an excellent opportunity for heat to become a driving force for the development of Polish industry. Experts point out that further postponing this does not only mean record-breaking air pollution in Europe, but also significantly higher bills.

Let’s stop treating the energy transformation as something imposed from the outside, and start building the potential of the industry on it, proposes Dr. Joanna Maćkowiak-Pandera, president of Forum Energii.

At the same time, he argues that clean heat, understood as energy efficiency technologies in buildings, heating and district heating, can become the engine of the economy and a Polish export commodity. In her opinion, this will also translate into a significant increase in added value and job creation.

Billions of zlotys for investments and jobs

According to the authors of the Forum Energii analysis, the transformation of the Polish heating, heating and construction sectors towards low- and zero-emission solutions is inevitable for technological, economic and environmental reasons. It also means a lot of money. Experts calculate that by 2050 up to PLN 52.7 billion on average annually may be allocated to devices, networks and thermal modernization, which is expected to pay off quickly.

Thanks to the investments, we will also significantly reduce the growing costs of fuels, CO2 emission allowances and expenses related to environmental and health protection, it says in the report.

The ambitious scenario of the Forum Energii for the modernization of heating and heating takes into account an increase in Polish GDP by over 2 percent. for 30 years and the creation of over 400,000 jobs per year. This is to happen, among others using the so-called sectoral agreements between the government and a specific industry. An example is the sectoral agreement for the development of the hydrogen economy in Poland , concluded in October 2021  .

The implementation of the proposed changes will primarily enable the achievement of climate and environmental goals in heating and heating and an increase in local content in areas important for industrial processing, construction and services, argues the authors of the report.

Lack of coal is already driving up prices

It is hard to suppose that the government would start implementing Forum Energii’s proposals immediately. It is also unclear to what extent the coal shortage estimates will prove to be accurate. But one thing is for sure: the raw material will be very expensive.

There is already a shortage of coal on the market, and its price is overwhelming. And sometimes you have to pay even PLN 3,300 per ton – says Bogdan Tkocz.

The situation in the ARA ports has calmed down somewhat and coal prices there are around $ 322. A year ago, it was just $ 78.45. We are talking about an increase of over 410 percent. only in 12 months. However, we are dealing with a significant change in the price of coal in our home yard.

Polish companies fall one after the other. “Then what were the shields for?”

The Polish government is preparing support for companies. Not everyone will benefit from subsidies

Cutting off gas supplies to the EU. These countries will have...

30/06/2022 0
It is unlikely that Poland's rating will suffer if gas supplies from Russia to the European Union are cut off, the Fitch rating agency...
Go to mobile version