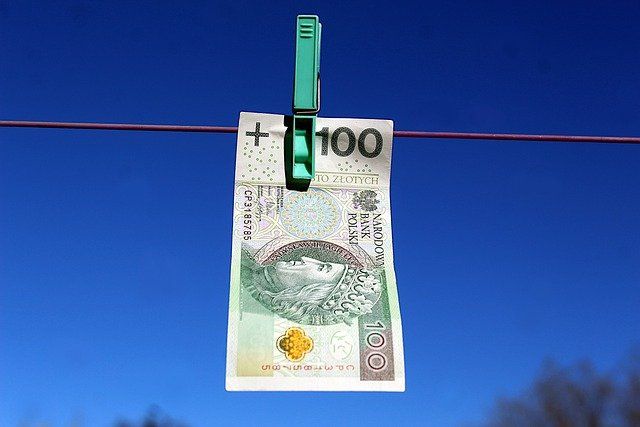 Prime Minister Mateusz Morawiecki announced on Thursday that the PIT rate from July 1 this year. is expected to drop from 17 to 12 percent. And although the tax reduction should be a joy, its effect may be opposite to the assumed one.

The prime minister wants to mitigate the effects of inflation for Poles, but the tax cut may perpetuate it. This, in turn, may force the National Bank of Poland to raise rates even higher, which means higher instalments and less and less opportunities for people who just wanted to buy a flat on a loan.

13 million people will benefit from the changes

According to the government’s calculations, nearly 13 million people will benefit from the changes. In the first years, they are to mean a total of approx. PLN 14.5-16 billion more annually in Poles’ portfolios.

The tax cut is basically a nice thing. The only problem is that stuffing our pockets with more money is unlikely to help in the fight against inflation .

You could say that the government and economists see different cause-and-effect relationships. The government wants to moderate rising prices for Poles by increasing their disposable income. Experts indicate that if we want to lower inflation, we should slightly tighten the demand in the economy. Subsequent fiscal transfers are the exact opposite of this – instead of stifling demand, they consolidate and boost it. This means that fighting inflation can be even longer and more costly.

This, in turn, creates a risk that the National Bank of Poland, determined to keep down inflation, may decide to increase interest rates more than in an alternative reality without a new tax reform. And this has an obvious consequence in the form of even higher mortgage instalments.

“We act in such a way as to tighten monetary policy. Unfortunately, this causes the level of loan instalments to increase. The amount of financial resources of families that pay off these loans is decreasing. It is anti-inflationary. These are the rules of life, that’s how it works”– explained the president of the National Bank of Poland Adam Glapiński during a press conference two weeks ago.

During the meeting, he also expressed his approval for the policy mix (ie the “mixture” of decisions by the NBP and fiscal authorities, including the government), assuming a lenient fiscal policy and a hard monetary policy. Hard, i.e. assuming relatively high interest rates. High without exaggeration – Glapiński said a lot, incl. that they should not lead to a significant increase in unemployment. But where is this limit of “exaggeration” – it is difficult to say.

It is certain that the NBP has a lot to break. His latest inflation projections indicate that in 2022 it may reach nearly 11%, and in 2023 – 9%. These are forecasts, assuming that they will not be extended after July this year. the shield (and the government has already announced that it will extend it), but it can be seen with the naked eye that there is a gap to the inflation target acceptable by the NBP (1.5-3.5%).

Marcin Kujawski, economist at BNP Paribas, made it clear after Thursday’s announcement of tax cuts that we are “heading towards” interest rates at a considerable level of 7.5 percent. Today, the main NBP rate is 3.5%. WIBOR 3M and 6M – the market rates on which the interest rate on housing loans in PLN are based – currently amount to 4.48 and 4.84 percent, respectively, and forecasts (based on the so-called FRA contracts) suggest that in three months they will reach around 6 percent .

“Further fiscalisation of inflation [i.e., continuation of the current government actions – ed.] Is either even higher rates (and longer high) or a currency drift to the north [i.e. weakening of the zloty – ed.]” says Mikołaj Raczyński, member of the management board of Noble Funds TFI.

Przemysław Kwiecień, chief economist at XTB, also writes about the fact that after the PIT cut, the rates will increase even more.

On the other hand, Tomasz Wyłuda, director of the Credit Agricole Investment Advisory Office, has a slightly different tone. He argues that the tax cut may only slightly affect inflation.

“I do not understand the reluctance to reduce taxes in a situation where loan prices and instalments rise, which will hit households. The scale of tax cuts of a few billion zlotys may have a slight impact on inflation” says Wyłuda.

In total, there are approximately 2.1 million zloty housing loans active in Poland. They are repaid by around 3.5 million people (most of the loans are taken by couples).

For a sample loan for 25 years and 300 thousand. PLN incurred at the beginning of 2016 (with an interest rate margin of 2% + WIBOR 3M), the instalment has increased since October 2021 by about PLN 460 (from about PLN 1,335 to nearly PLN 1.9 thousand). Market forecasts indicate that in three months it may reach approx. 2.1 thousand. PLN and only then the increase in instalments and rates should stop.

Rating agency rated the Polish economy in the face of the...