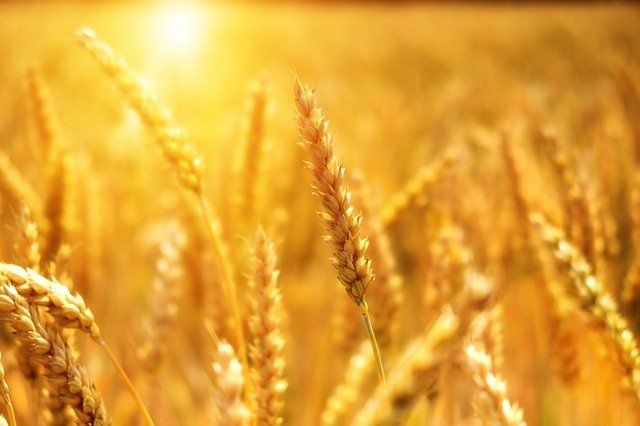 The European Commission has announced a strategy to support food security around the world. As I have wrote in previous articles, Ukraine and Russia are very large exporters of food, especially grains, seeds and oils. African countries, in particular, are very dependent on supplies from Ukraine.

These deliveries may be at risk this year as hostilities in the country are threatening the agricultural plan’s schedule. In addition, Ukrainians need fuel to power agricultural machinery. And even if they could sow and harvest grain this agricultural season, most of their exports are by sea – while the Black Sea is blocked by the Russians.

“All this means that analysts pointed to the possibility of very large disruptions in global supply chains and a threat to food security in the world. But the European Commission will help Ukraine overcome these difficulties” said EU Commissioner for Agriculture Janusz Wojciechowski during the conference on 23 March.

“Ukrainian farmers need tens of thousands of tons of fuel this agricultural season. Polish Prime Minister Mateusz Morawiecki announced his readiness to deliver fuel to Ukrainian farmers from Poland, which will be the easiest logistically”, Wojciechowski pointed out.

The supplies are to be financed by the European Union. “The ports on the Baltic Sea will also be made available to Ukrainian farmers” he added.

These two forms of aid are part of a larger EU package, which includes financial and material aid for Ukraine and other countries, and the inclusion of the possibility of farming in areas so far excluded from agricultural activities in the EU.

EU will help maintain food security in the world

Janusz Wojciechowski presented the proposed actions during the conference on the new EC strategy for increasing world food security.

The plan is not directly focused on the situation in the EU countries – the Community is self-sufficient in terms of food, points out the European Commission. But food security, for example in sub-Saharan Africa, may be threatened this year by the Russian aggression on Ukraine.

That is why the EU is to increase its production capacity, at the same time supporting EU farmers, who may experience difficulties due to high prices of fuels, fertilisers and energy.

What does the EU plan cover? It will definitely be humanitarian aid for Ukraine. The support program for this country will be worth 330 million EUR.

“We will not allow Ukraine to stand alone in the face of Russian aggression. Our priority is to provide Ukrainians with sufficient food, fuel and water.

We will also help them in the further planting and cultivation of cereals and oilseeds, so much needed by ourselves and the world, and we will facilitate their export” Wojciechowski pointed out.

He added that all indications are that Russia is deliberately destroying Ukraine’s food resources and is using starvation as a weapon in this war.

Russia’s goal is to cause a humanitarian crisis in Ukraine

“Our observations show that This may be Russia’s direct goal to cause a humanitarian crisis in Ukraine” Wojciechowski pointed out.

In addition, the EU will increase its humanitarian aid to the regions and population groups most affected by food insecurity. In the years 2021-2024, the EU is to allocate at least  2.5 billion EUR for this purpose.

When it comes to action inside the EU, the Commission:

However, the most important change is the possibility of farming in areas previously excluded from this. On fallow or wasteland it will be possible to grow crops for food and fodder without losing the farmers’ right to receive funds for leaving this soil without cultivation.

“This will increase the EU’s production capacity, despite the limited availability of fertile land ” points out the EU.

ING Hubs Poland is driving the digital transformation of the ING...

12/04/2022 0
INGTech Poland has changed its name to ING Hubs Poland. The modification is to emphasise the growing importance of technological services and digital transformation...
Go to mobile version