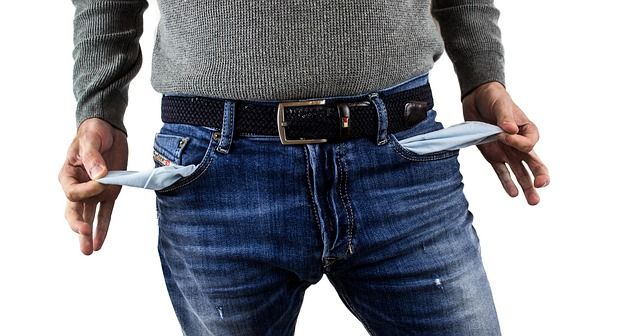 Rising inflation and higher exchange rates, a sharp increase in the prices of raw materials and energy, interrupted supply chains, problems with the labour market and the tax reform Polish Deal

all this has been hindering the functioning of Polish companies for several months. Some of them failed to cope with it, as evidenced by the record number of insolvencies announced by Polish companies last year.

Statistics show that the beginning of this year saw significant drops, but it does not necessarily mean an improvement in the situation. The more so as the effects of the war in Ukraine will soon begin to be visible. Euler Hermes forecasts that the total number of insolvencies in 2022 will be as much as 10-15 percent higher.

“When we look at the data from the first two months of 2022, the number of corporate insolvencies is lower than in the same period a year earlier. However, as always, the devil is in the details. The number of bankruptcies is exactly the same, while there are fewer restructuring proceedings” says Sławomir Bąk, a member of the management board of Euler Hermes for risk assessment.

According to the data of Monitor Sądowy i Gospodarczy analysed by Euler Hermes, in January this year 50 Polish companies declared insolvency, and 45 in February. For comparison, a year earlier these numbers were 151 and 165, respectively.

In annual terms, there is a strong decline, but analysts note that while in 2021 approx. 2/3 of the insolvencies were simplified restructuring, currently liquidations and bankruptcies dominate. On the other hand, there are significantly fewer reorganisation proceedings.

“This is primarily related to the change in the law. Many companies that wanted to enter this simplified restructuring process did so already in 2021″, points out Sławomir Bąk.

Before December 1, last year companies that wanted to start simplified restructuring proceedings, having reasons for it, e.g. in the form of worse financial results, could still do so under covid regulations which significantly deformalizing and facilitating the entire process.

Now, in order to start such a procedure, companies should have a really good, specific plan for it to be successful in these conditions and in the already difficult situation of the company.

In the current conditions, looking at the accumulation of various threats to business today, it is quite difficult, which is confirmed by the growing number of closed, deregistered activities “ emphasises the Euler Hermes board member responsible for risk assessment.

The statistics of the Central Register and Information on Economic Activity show that only in February this year 17110 companies closed their operations, and another 24433 suspended them. In total, 41.500 people disappeared from the business market in Poland.

This is over 10000 more than in the same month a year earlier. In turn, fewer companies entered the market than last year. In February this year. 21,583 new enterprises started operations and 9,772 were restored.

“If you look at the number of closed and suspended activities, and on the other hand – the number of suspended or opened companies, the balance is definitely negative” says Sławomir Bąk. “Today there is a lot of uncertainty in this market, which is why we estimate that in 2022 the number of insolvencies of Polish companies will also increase.

Importantly, last year was already a record year in this respect, over 223000 people declared insolvency in 2021. Polish enterprises. Euler Hermes predicts that this year this number will probably increase by 10-15%, although he makes a reservation that we will have to wait for some phenomena to be assessed.

Only at the end of the first half of this year. you will see how companies deal with fiscal changes, the war in Ukraine and rising production costs.

“There are very uncertain times ahead for Polish companies. Entrepreneurs should watch the condition of their contractors very carefully, warns the expert Euler Hermes.

We are already seeing a greater need for credit limits from suppliers, which is caused by inflation, which drives prices in trade between firms. In addition, the increasing cost of money, i.e. loan financing, makes companies more and more willing to use loans from their suppliers.

It is much cheaper and easier for the recipient, but it carries certain risks for the supplier, who incurs higher financial costs of freezing his capital, and greater exposure to risk.

The expert points out that the difficult conditions that Polish companies had to deal with last year, i.e. galloping inflation, a sharp increase in the prices of raw materials and energy, interrupted supply chains due to the COVID-19 pandemic and problems in the labour market, at the moment, the uncertainty related to the war in Ukraine is also added.

“This is obviously a huge humanitarian problem, but also an economic one. Every day we learn about the problems of other companies that suspend their operations due to the fact that some components they use in production are or were produced in Ukraine, and the supply chain has been interrupted”  – says Sławomir Bąk.

“It should also be remembered that COVID-19 is not over yet, although the topic has subsided a bit. The news from China is not very optimistic. Five large cities with a population of 37 million people are closed and quarantined, including with the production of necessary electronic components in Shenzhen. This is roughly the size of the entire population of Poland, so you can see that this problem has not disappeared yet and will continue to have a noticeable impact on supply chains.

Euler Hermes forecasts that the only thing that may improve the situation on the Polish market in the short term and stabilise the condition of enterprises in the coming months will be an increase in consumption and growing demand, among others. for food and basic necessities due to the large influx of refugees from war-torn Ukraine.

On the other hand, the state’s financial effort related to the war (e.g. care for refugees and a rapid increase in defence spending) may cause the state to limit its support for entrepreneurs, which could be expected in connection with, for example, rising energy prices.

All industries will be more or less affected

All industries will be more or less affected by the consequences of the war in Ukraine. I would include the construction, transport, steel and machinery industries in the latter group, as well as agriculture, because the prices of fertilisers have increased and will increase even more” is the forecast of the member of the management board of Euler Hermes for risk assessment.

In the construction and transport industries, the deficit of employees was previously estimated at 100-150000 people in each of them, and now a significant part of the employed people left back to Ukraine to fight in defence of their homeland.

In the short term, we also have to take into account the outflow of foreign investments to markets that are less prone to escalation of the conflict. However, this may change after a few years – the war will be another factor after the pandemic that will make entrepreneurs aware of the need to shorten and diversify supply chains.

According to Euler Hermes experts, the countries of Central and Eastern Europe, including Poland, may be a place of redirection of production and activities withdrawn not only from Asia, but also from Russia.

Canal+ Polska will after all not make its debut on the...

05/05/2022 0
Canal+ Polska withdrew the prospectus from the Polish Financial Supervision Authority and thus officially resigned from its debut on the stock exchange. Canal+ Polska planned...
Go to mobile version