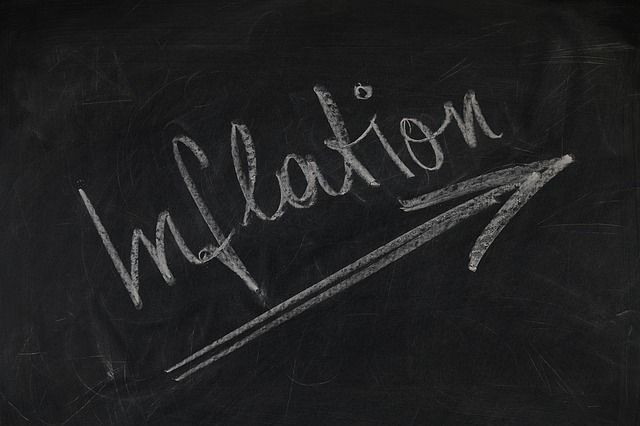 The currently observed high level of inflation will increase in the coming quarters, reaching 12.1%. year on year in the third quarter of 2022, assesses the National Bank of Poland in its inflation report published on Friday.

The latest forecast of the central bank assumes that consumer inflation in 2022 will amount to 10.8%. Just like they already warned us about it, earlier this week. An expert also predicts that it will be the case, unfortunately. But thinks it will be way earlier than the National Bank Of Poland does.

The Inflation Report presents the Monetary Policy Council’s assessment of the macroeconomic processes influencing inflation. “The central scenario of the current projection is largely influenced by the macroeconomic effects of Russia’s armed aggression against Ukraine and the related sanctions imposed on Russia ,” reads the latest March report.

The report assumes that in the perspective of the projection, at least some of the sanctions imposed by Western countries on Russia will be maintained, and thus economic relations will not return to the status quo from before the aggression.

Analysts emphasise that the direct effect of the Russian aggression against Ukraine is clearly higher prices of energy commodities and some agricultural commodities on the world markets , the prices of which have already been growing dynamically before.

12.1 percent inflation in Poland in 3Q

“In the conditions of dynamic growth of energy commodity prices in the world markets, as a result of sanctions imposed on Russia, the currently observed high level of inflation will increase in the coming quarters and will reach 12.1 percent year on year in the third quarter of this year, ” the report reads.

“In the longer term – along with the slowdown in GDP growth – the growth rate of the CPI index will decline,” says the report.

The authors of the report estimate that the price-setting processes are currently under the influence of a strong negative supply shock related to high prices of energy and agricultural commodities in the global markets, a strong increase in the prices of CO2 emission allowances and prolonged tensions in global supply networks.

The latest forecast of price increases in Poland is significantly higher than that presented in November 2021, when the National Bank of Poland estimated that inflation would amount to 5.8%. and 4.6 percent in 2022 and 2023 respectively.

Compared to the November forecast, the strongest upward revision concerns energy and food prices and, to a lesser extent, core inflation. In the first half of 2022, the increase in energy and food prices will be limited by the entry into force of the government’s Anti-Inflation Shield, the authors of the report estimate.

The forecast was prepared under the assumption of unchanged the National Bank of Poland interest rates, taking into account the data available until March 7, 2022. Let us recall that on March 8, the Monetary Policy Council raised interest rates in Poland from 2.75 percent. up to 3.5 percent

Energy and food are more expensive

The authors of the report estimate that in 2022 the high prices of energy commodities on world markets the level of which increased even further as a result of the armed aggression against Ukraine and the sanctions imposed on Russia for this reason translate into both domestic fuel prices for private means of transport and higher gas and electricity bills for households.

“The high dynamics of food prices in 2022 also results from the increased costs of its production and distribution, and the limited supply of some raw materials and agricultural products, including wheat, the key exporters of which are Ukraine and Russia,” the report says.

“The dynamics of processed food prices is growing rapidly, which is related to, inter alia, rising energy and labour costs in food processing and more expensive agricultural raw materials on world markets” according to the report.