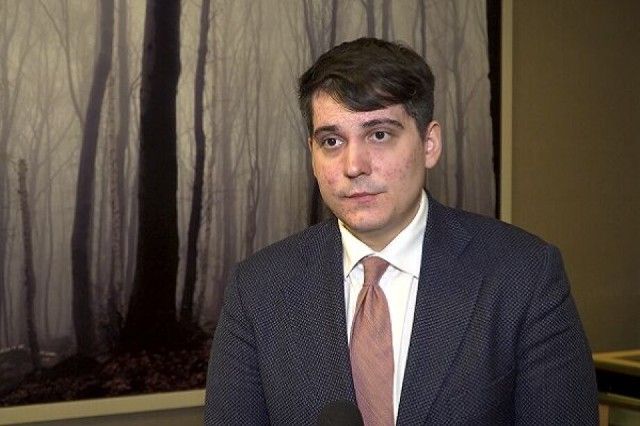 The Polish economy has not yet fully recovered after the COVID-19 pandemic, and it has already been weakened by subsequent challenges related to inflation, rising energy costs and the chaos caused by the Polish Deal.

Now, they are additionally compounded by the uncertainty related to the Russian aggression against Ukraine and the development of the situation in the East.

As a result, Polish companies look at the coming months with pessimism and great concern, limiting investments and suspending the hiring of new employees.

Majority expects no changes in employment

Research by the Union of Entrepreneurs and Employers shows that as much as 80 percent. of them do not plan any changes in employment this six months, and 67 percent expect the economy will turn for the worse.

“The reading of our survey, concerning the first half of this year, is unfortunately record low, which means that companies look to the future with pessimism. This is probably due to high uncertainty about the future.

So the mood is not good, the propensity of companies to invest is also record low” says Jakub Bińkowski, director of the Department of Law and Legislation in the Union of Entrepreneurs and Employers to Newseria

In Poland, small and medium-sized enterprises account for over 99.8 percent. of all enterprises, create 3/4 jobs and generate approx. 67 percent of the Polish GDP.

The Association of Entrepreneurs and Employers has been monitoring their moods and planned activities for over a decade as part of the Busometr ZPP – Economic Mood Index, published regularly every six months.

The latest edition showed that it was at a record low and amounted to only 34.4 points, which means a decrease by 12.1 points compared to the last six months.

“During the pandemic rebound and the spread of vaccines, we had an increase in optimism among entrepreneurs. At the moment, this optimism has subsided. We can also see it after surveying the sentiment of entrepreneurs in other countries that they are rather anxious about the future”  says Jakub Bińkowski.

“On the one hand, it is the effect of the inflation crisis with which all developed economies have a problem. On the other hand, the uncertainty related to geopolitical factors is now much heightened.

At the time we did this study, things weren’t quite as inflamed as they are right now, so this factor is probably playing an even bigger role now.

However, when it comes to the investment component, a high level of regulatory uncertainty also plays an additional role here, which unfortunately may be attributed to the implementation of the Polish Deal, which caused complete chaos and uncertainty among entrepreneurs.

The value of the index – calculated on the basis of a survey conducted in enterprises – consists of three components: economic situation, labour market and investments. The only positive accent turned out to be the labour market.

The survey shows that 21 percent. Polish enterprises plan to increase wages in the coming months, 53 percent. It does not envisage any changes and only 4 percent.

intends to cut wages. At the same time, 13 percent of the Polish companies plan to hire new employees, and 7 percent plan to reduce the staff.

The vast majority – as much as 80 percent. companies says no changes are planned in this regard,

“The readings regarding the outlook for the economic situation and investments are very low, and in the case of investments even record low “ says the ZPP expert

Only 12 percent. of companies believe that in the next six months the economic situation will improve, and as many as 67 percent. expects it to worsen.

Limiting the propensity of companies to invest in the coming months may inhibit economic development. The last edition of the Busometer shows that 63 percent.

Polish companies are not planning any investments in the coming months, compared to 27 percent. those who intend to lead them.

“We have been saying for years that we need to transform the Polish economy into a knowledge-based economy, that we cannot compete only with low labour costs, that we should be an innovative economy based on new solutions, climbing higher and higher in the value chain.

However, this transformation will not take place if we do not invest in research and development, scientific activities that can be commercialised, and in hard infrastructure” assesses Jakub Bińkowski.

“Limiting the propensity to invest and still basing growth only on consumption is a significant threat from the point of view of the competitiveness of the Polish economy and in view of the goal we set for ourselves, i.e. catching up with rich Western economies.

The pessimistic sentiment of entrepreneurs is also reflected in a survey conducted in February at the request of the Lewiatan Confederation.

It shows that according to 65 percent. Polish companies have deteriorated in the conditions of doing business in the last six months.

33 percent did not notice any significant change, and in the assessment of 2 percent. conditions improved. The cyclical “Business Index” also showed that the conditions of running a business in Poland are assessed most critically by small companies.

There will be tolls on new expressways and highways in Poland

02/06/2022 0
In less than a year, the government is to introduce tolls on 1,400 kilometres of national roads and motorways in Poland. These are roads...
Go to mobile version