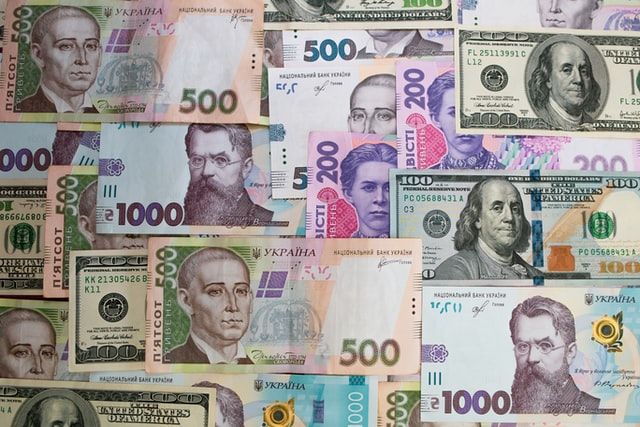 According to a Polish newspaper, bankers asked for help from the National Bank of Poland, the Polish Financial Supervision Authority and the Ministry of Finance in organising the purchase of hryvnia for the Ukrainian refugees.

“The question is how to finally manage the cash collected from visitors from across the eastern border. Ideally, it should be bought by an entity from Ukraine. The National Bank of Ukraine (NBU) would be primarily at stake” says the Polish newspaper.

Not the highest priority for the National Bank of Poland

The matter may be prolonged, because for the National Bank of Poland the purchase of its own currency, for which it would have to pay dollars or euros, is not the most important thing today.

Not only are central banks in individual countries receiving refugees (apart from Poland, including Bulgarian and Romanian) are looking for a solution to the problem, but also the European Central Bank together with the European Commission.

According to Valdis Dombrovskis, vice-president of the Commission, the European Commission, together with the ECB, will prepare a mechanism in the coming days to improve the exchange of hryvnia into currencies of countries receiving refugees. According to the EU commissioner, this will also require the support of the euro area countries.

Most Polish exchange offices does not accept hryvnia

Since the beginning of the war, refugees coming to Poland have had problems with changing their currency into zloty. Most exchange offices (Kantors in Polish) do not accept hryvnia, and long lines line up to those that do.

The president of the National Bank of Poland, Adam Glapiński, said recently that they may become involved in the improvement of the hryvnia exchange for zloty. At the conference, after the March meeting of the Monetary Policy Council, Glapiński said that it was planned to buy the currency by commercial banks, which would then exchange it at Ukrainian banks.“There are two ways: either the central bank will get involved or certain commercial banks will.

There are many indications that this will be the second path, where PKO BP and possibly several other Polish banks will exchange hryvnia in commercial Ukrainian banks for other currencies” said the President of the National Bank of Poland.

Interest rates up again in Poland? It is very likely. MPC meeting today

NBP: hryvnia-to-zloty exchange program will start during next week

18/03/2022 0
A Hryvnia-to-zloty exchange program has been wished by many in the Polish finance sector and asked the National Bank of Poland for help regarding...
Go to mobile version