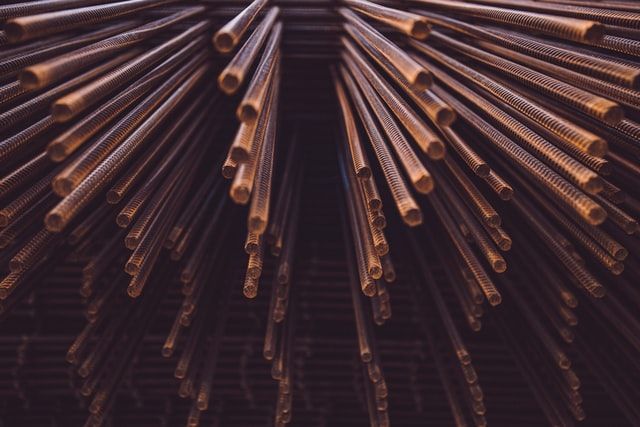 The ban on steel imports from Russia, which the European Union intends to introduce in the next package of sanctions, means that Poland will have one of the most important roles to play in this economic battle. Because Poland is one of the five most important markets for Russian finished steel exports.

The ban on imports of Russian steel and iron was announced on Friday, 11 of March 11, Commission chairman Ursula von der Leyen. It is to be part of the next package of sanctions that the European Union will impose on Russia for its attack on Ukraine.

“We will prohibit the import of key goods in the iron and steel sector from the Russian Federation. This will hit the central sector of the Russian system, deprive it of billions of export revenues and prevent our citizens from subsidising Putin’s war”,  the official statement of the European Commission published on Friday reads.

Russia is currently the world’s fifth largest steel producer. According to data from the World Steel Association, last year Russian mills produced about 76 million tons of this product, up 6 percent, more than a year ago.

How much of this steel goes into the world? Quite a lot. According to a 2019 report by the US Department of Commerce, Russia was the third largest steel exporter in the world before the pandemic, shipping around 33 million tonnes annually.

In 2017, Russia’s exports accounted for around 7 percent. of all global steel exports. In terms of value, foreign sales of steel accounted for 4.4 percent the total value of Russian exports.

So much has changed since then that world steel prices are at historically high levels and the demand for the Russian product has increased in some countries. This allowed Russia to make up for the pandemic slowdown and improve the profitability of exports.

The data collected by the S&P Global Commodity Insights website shows that in 2021 Russia exported 15.9 million tons of steel semi-finished products and 16.8 million tons of finished steel. Which means that the export volume has returned to the pre-Covid-19 level.

Poland on the front line

However, for the effectiveness of Western sanctions, the most important thing is the geographical structure of foreign sales markets. And here Poland has a very important role to play.

According to S&P Global data, our country is in the top five most important markets for Russian finished steel, next to Turkey, Kazakhstan, Belarus and Uzbekistan. In total, Russia sells half of its exports to these five countries.

Another European Union country that will surely stand next to Poland on the front line of sanctions is Belgium. It is the leading European market for Russian steel semi-finished products. Russians send as much as 70 percent of their goods to Belgium, Mexico, Taiwan, Turkey and Kazakhstan. of its exports in this segment.

Was steel from Russia important for the Polish economy? Unfortunately, in recent years, Polish industry and construction have brought more and more of it.

Already in the above-mentioned report of the American administration, analysts of the Department of Commerce pointed to the sharp increase in steel sales to Poland between 2017 and 2018. Then, imports from Russia to Poland, increased by as much as 160 percent.

In 2021 it was not any better, which in turn is indicated by the information from the Central Statistical Office of Poland. According to official data, 1.4 million Russian steel and cast iron, worth 4.7 billion PLN, went to Poland. And it was twice as much as the year before.

Import from Russia accounted for about 10 percent. of all steel imports, and Russia was the second largest supplier to Polish companies, after Germany.

The EU embargo must therefore cause tensions on the Polish market, the more so as it will coincide with another serious problem: the war may also stop steel imports from Ukraine. And this, in turn, is the third most important supplier: last year we imported about 1.4 million tonnes from our eastern neighbours.

In total, imports from Russia and Ukraine accounted for as much as 20 percent. steel imports to Poland. And it was purchasing abroad that was one of the most important sources of supply in the previous year for the rapidly growing construction industry and the industry waking up after the pandemic 2020.

“For every 1000 tons of products used by the economy, as many as 800 came from abroad. Every third tonne coming from abroad comes from outside the European Union (…) We have to ask ourselves whether the Polish economy is safe with such supply chains?” said  Stefan Dzienniak, President of the Metallurgical Chamber of Industry and Commerce, drew attention during last year’s European Economic Congress .

Steel prices will go up

The war in Ukraine and its economic consequences – including the sanctions imposed on Russia – will therefore have a direct impact not only on the situation on the oil and gas markets, but also on the steel markets.

So, indirectly, also in industrial processing – for example, in the production of household appliances or in the automotive industry. And in construction. Even if there is no shortage of steel, because entrepreneurs will find other suppliers, it is likely that it will be more expensive.

Russian steel was distinguished by, among others, low price. Based on the data from the Central Statistical Office (GUS), it can be calculated that, on average, the tonne imported to Poland was the cheapest among the most important importers. Only the one bought from Belarus was cheaper.

Anyway, and without the embargo on Russia, world prices began to rise rapidly after the Russian invasion of Ukraine. Chinese steel is more expensive. According to data from China Global Commodity Insights, in the first ten days of the war, the increase was almost 12 percent.

Why? China is a world tycoon in terms of production volume, but it systematically reduces it. The official reason is the need to reduce CO2 emissions. In 2021, Chinese production fell by around 3%. and this trend is not expected to change. This means that it can be difficult to fill the losses of Russian (fifth in the world) and Ukrainian (fourteenth) steel.

The mood in the Polish industry worsened again. Decline in orders