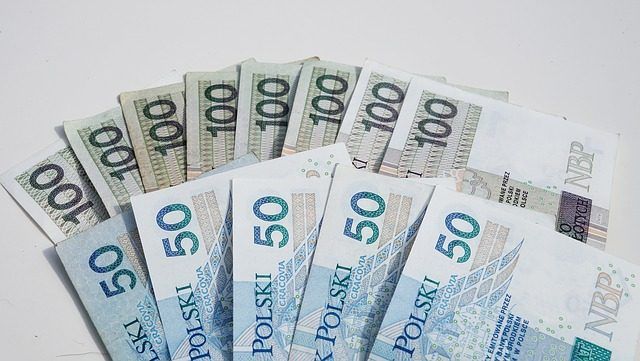 On Thursday, when the Russian attack on Ukraine began, the zloty was even weaker, the Euro was approaching 4.72 PLN. On Friday, the situation in the financial markets calmed down a bit.

The analysts explained that the sanctions imposed on Russia initially by the West were not so drastic that they could have a strong negative impact also on the European economy.

There have been concerns in the financial markets that this will paralyse oil and gas exports from Russia. In addition, as part of retaliation, Russia announced that the foreigner will not be able to sell Russian assets from Monday.

Bank Millennium analysts point out that if the euro rate breaks the technical barrier at 4.72 PLN, it will have an open path to attack at 4.78 PLN and then 4.83 PLN and 4.92 PLN. At the moment it is 4.6784 PLN, you can follow it to the right on these web pages.

Already at the beginning of the conflict, some analysts indicated that the zloty, as the most liquid currency in the region, could be sold off by foreign investors as a substitute for the ruble.

Despite the depreciation of the zloty, this phenomenon is not yet visible. The zloty on Monday depreciates similarly to the Hungarian forint and only slightly more than the Czech koruna.

The dollar exchange rate fluctuates around 4.22 PLN on Monday, compared to around 4.14 PLN on Friday. On Thursday, it was up to 4.24 PLN.

No big rise in oil prices

There was also no big rise in oil prices in the financial markets on Monday. Monday morning, Brent crude oil cost as much as 100 $ a barrel, but around 10 is already 98 $, which is as much as for most of the day on Friday.

Some analysts suspect that the sanctions may ultimately force Russia to sell raw materials even cheaper than before, in order to maintain budget revenues and stop the ruble collapse.

The Polish stock exchange is the weakest in the world. Even...