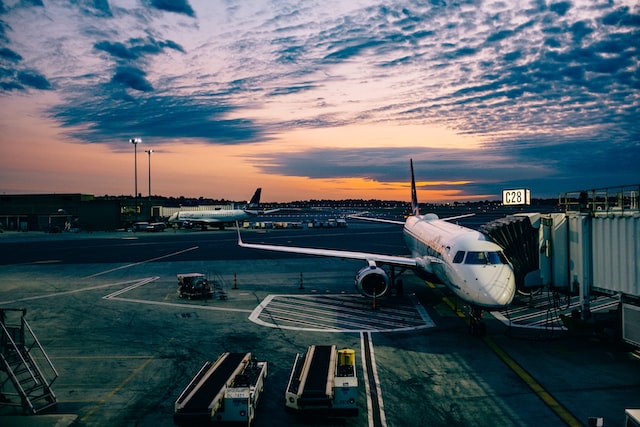 Those optimists who hoped that the airport situation would return to normal with the end of the summer tourism boom will have to refrain from preaching the good news. One of the leading carriers in Europe is just deleting wholesale connections for September and October. It turned out that the aviation industry’s catarrh after covid may soon turn into a serious flu.

Airlines are cancelling their connections

Scandinavian airlines SAS will cancel approximately every 25th flight after summer holidays. Percentage, this seems to be a minor problem, but the large scale of operations translates into a number of 1700 flights. One thousand two hundred of them will go under the knife in September, another 500 in October. Polish passengers will certainly feel it, because the list of cancelled flights includes connections from Gdańsk and Kraków .

And yet it seemed that we were nearing the end of the aviation perturbations. The holiday season is almost over and carriers should finally have some time to breathe. Nothing of that.

The crisis is in full swing

What happened? In the case of SAS, the fatigue of the crew turns out to be a problem. During the vacations, struggling with the staff shortage, airlines and airports threw all hands on board. In a moment, it may sound like a loud hiccup. The crew is tired and overworked. The staff’s thoughts are already taking holidays which, due to the sheer volume of work, they could not take in recent months.

It was all the more difficult as SAS, like other airlines, did not avoid strikes and protests during the holiday season. The July brawl with the pilots lasted over two weeks, and the number of cancelled connections reached thousands. A SAS spokesman also added in an interview with check-in.dk that passengers’ interest in flying is not decreasing at all . And the recipe for another drama in the skies is ready.

It won’t be their fault. The deck crews are exploited to the limit during the summer peak. The Air France trade union recently warned that 10 percent of pilots struggle with depression . The French company defends itself that it will have 700 new pilots by the end of the year, but you can see that the old team is falling apart.

And not only her. Tired airline employees say they are fed up with mobbing and living on records of hours spent at work. Some unions in Ryanair are threatening to go on strike until January. The crew of such giants as Southwest Airlines and Qatar Airways are complaining about the terrible conditions of employment.

These complaints are hardly groundless. Modern aeroplanes seem to be packed with electronics, but the presence of pilots is still essential.

It is quite possible that it was exhaustion that was responsible for the recent high-profile incident on Ethiopian Airlines. The pilots fell asleep during the flight at 11,000. metres and missed the airport. At least that’s how the famous aviation expert Alex Macheras interpreted it.

22/04/2022 0
Closing the sky for planes over Poland is still a threat. Scheduled for At 9.00 a meeting on the air traffic controllers' strike with...
Go to mobile version