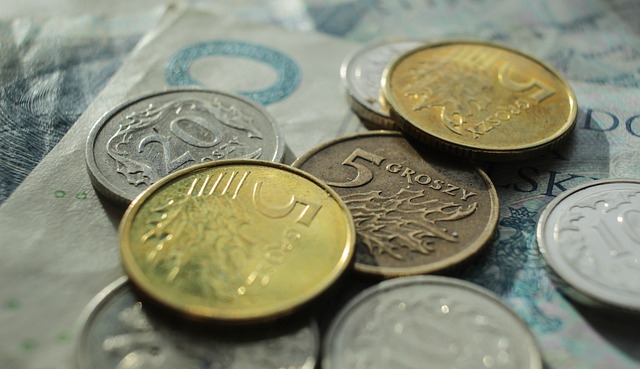 The “national average” salay was rising for the second month in a row at a slower pace than officially reported CPI inflation. This means that the purchasing power of Polish workers and real wages in real terms has started to decline. Moreover, it was the strongest real decline since January 2010.

The average gross salary in large non-financial companies in June 2022 was PLN 6,554.87 gross and was nominally (i.e. excluding inflation) 13.0% higher than a year ago, the Central Statistical Office informed. A month earlier, statisticians recorded a nominal increase of the “national average” by 13.5% , and two months ago it increased by a record 14.1%.

Economists expected an increase in average wages by 13.3% y/y. The June result turned out to be slightly weaker than most forecasts.

However, it is worth taking into account the impact of very high inflation, which is already “eating up” the entire increase in the “national average”. In June, CPI inflation reached a 25-year high of 15.5% annually. This means that the real annual growth rate of the average wage in the enterprise sector amounted to -2.16%. This is the second negative result since May 2020 and the deepest real wage drop in over 12 years.

Over the last few months, we have been able to talk about the existence of a price-wage spiral. Rising prices in stores induced (and still do) employees to demand higher wages and more and more often these expectations were met by employers. They, in turn, increase the prices of their products to compensate for the increase in the costs of labor, energy and semi-finished products. In this way, a vicious circle of price inflation has arisen, which will be difficult to break without a significant decline in consumer demand and economic growth. The drop in real wage growth significantly below zero is therefore a signal that inflationary pressure is slowly slowing down in Poland.

It should also be added that not all employees receive pay raises. According to the “Labour Market Monitor” of the Randstad Research Institute, more than half of employees declared that last year they did not receive a raise , despite the fact that the average wage increase was almost 10%.

At the same time, it is worth recalling that the above-mentioned amount is the salary before deduction of labour taxes (social security contributions and PIT advances). In fact, what counts is how much the employee will receive “on hand” and how much is the so-called employer’s cost – this can be calculated using the Bankier.pl Salary Calculator.

How does the Central Statistical Office count it?

In addition, this report only covers non-financial companies with more than 9 employees. These statistics therefore cover less than 40 percent working. In addition, we also know from other studies that about 2/3 of employees receive lower wages than the so-called national average.

The CSO publishes a report on the median wage that describes the realities of the Polish labour market a little better once every two years. The latest data was released to the public at the end of November and was for October 2020. This study shows that half of the employed employees received up to PLN 4,702.66 gross, i.e. approximately PLN 3,403 net (i.e. on hand).

the data on the basis of which the Central Statistical Office calculates the statistics of average wages and jobs in the enterprise sector come from the “Report on economic activity” (DG-1). As part of this report, entities employing 50 or more people are examined using the full method, and entities employing from 10 to 49 people – using the representative method.

Employment without any surprises

In February, employment statistics in large companies returned to the state before the covid lockdown, breaking the previous record from February 2020. Before March ’20, the corporate sector was responsible for 6,445.900 jobs. posts. In May 2022, there were 50.8000 of them. more.

25/04/2022 0
People who have planned the long May weekend abroad by plane from Poland may have problems. However, they should not lose financially - "Rzeczpospolita"...
Go to mobile version