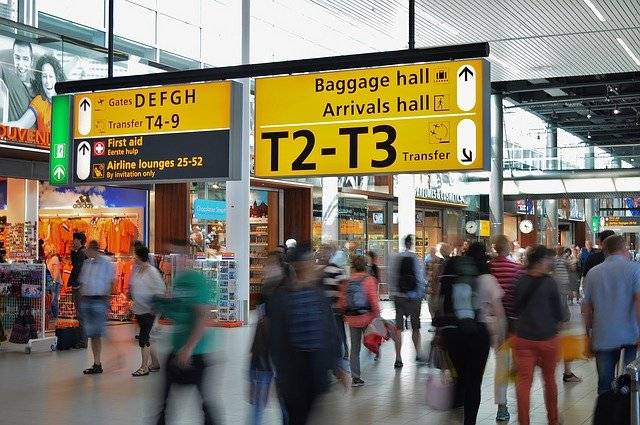 Kilometres of queues for check-in and nomadic crowds in the airports. And the flights are and will be delayed or cancelled. Such conditions must be taken into account by anyone who decides to travel by air this summer, notes Rzeczpospolita today.

Delayed flights in the airports

“And we know who is at fault. Firstly, consumers who decided to go on holiday en masse after two years of the pandemic. Secondly, the aviation industry, because it had underestimated the increase in demand and was cutting employment this spring instead of looking for employees” – indicates the daily. He adds that British and German trade unions have another culprit: low-cost carriers who have encouraged flying so competitively that airports are unable to meet the challenge of handling passengers in decent conditions.

As the newspaper notes, Wizz Air has just released shipping results for June 2022. “4.34 million passengers used Wizz Air in June, an increase of 179% compared to June 2021.” – underlines “Rzeczpospolita”. Over the past 12 months, he adds, Hungarian low-cost Air has significantly expanded its network of connections, adding 200 new routes to 126 ports in Europe and beyond.

The daily notes that Wizz Air has been intensively looking for new employees recently. “The problems with the shortage of air traffic controllers, crews, especially pilots, which cause delays and cancellations, are becoming more and more acute this summer,” he says. He recalled that the strike at SAS ended, 600 flights were cancelled on Monday due to the air controllers’ strike. There is a protest at Ryanair.

The European Cockpit Association (ECA), as Rzeczpospolita points out, warns that there is no easy and quick solution to deal with the current confusion related to travelling around Europe. “Chaos is here and it will not go away any time soon.

We will not deal with it this year,” said Captain Tanja Harter, ECA’s chief technical officer, quoted in the daily. According to her, the key problem of the crews is fatigue, their schedules are planned with the maximum use of the applicable limits, without additional breaks.

This website uses cookies to improve your experience while you navigate through the website. Out of these, the cookies that are categorized as necessary are stored on your browser as they are essential for the working of basic functionalities of the website. We also use third-party cookies that help us analyze and understand how you use this website. These cookies will be stored in your browser only with your consent. You also have the option to opt-out of these cookies. But opting out of some of these cookies may affect your browsing experience.
Necessary Always Enabled
Necessary cookies are absolutely essential for the website to function properly. These cookies ensure basic functionalities and security features of the website, anonymously.
Functional
Functional cookies help to perform certain functionalities like sharing the content of the website on social media platforms, collect feedbacks, and other third-party features.
Performance
Performance cookies are used to understand and analyze the key performance indexes of the website which helps in delivering a better user experience for the visitors.
Analytics
Analytical cookies are used to understand how visitors interact with the website. These cookies help provide information on metrics the number of visitors, bounce rate, traffic source, etc.
Advertisement
Advertisement cookies are used to provide visitors with relevant ads and marketing campaigns. These cookies track visitors across websites and collect information to provide customized ads.
Others
Other uncategorized cookies are those that are being analyzed and have not been classified into a category as yet.
SAVE & ACCEPT
MORE STORIES
Tourism

The airport in Radom comes to life. Itaka’s customers will fly...

06/09/2022 1
More than a dozen new connections from the airport in Radom thanks to the Itaka travel agency because Itaka's customers will use it. In...
Go to mobile version