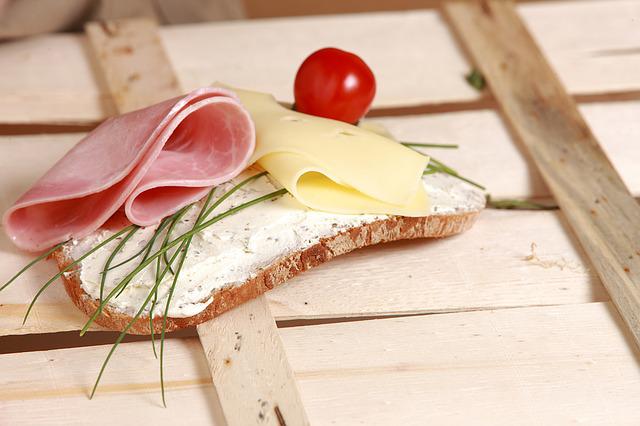 The record holder when it comes to increases in prices is still oil, but more and more basic products such as food products are already almost 50 percent more expensive than the year before. Only two of the more than 30 that have been monitored did not move.

Almost 73 percent of Poles paid so much more for oil in June this year than a year earlier. The next products on the list of the most expensive are sugar, butter (both around 50%).

The higher food prices did make the Easter in Poland the most expensive yet and it seems it will not change any time soon.

Food not the most expensive yet

Only one product became cheaper, a vegetable milk substitute, symbolically by 0.2 percent. The price of cookies remained unchanged. However, it is difficult to see any positive signals for consumers on the basis of these two examples. These are products that have not yet started to become more expensive, e.g. due to the high activity of producers trying to expand their share in a given category.

When can prices be expected to drop in real terms? Not in the following months.

“Until production costs stop rising, food prices will not stop rising. And because we have further increases in the future: energy prices, most likely also gas prices, packaging and a number of others, we should even expect further increases on store shelves instead of stopping this trend.” – says Andrzej Gantner, vice-president of the Polish Federation of Food Producers.

He points out that energy, means of production and transport are the basis of the food production chain.

– Not to mention the constantly increasing prices of raw materials, these first three factors are enough to drive further price increases. Even if, for example, Ukraine manages to export larger volumes of grain, and thanks to this it will become cheaper, the much higher cost of, for example, packaging will be offset. After all, no food producer will make a conscious decision to make his company profitable, so processors are constantly updating their price lists – adds the expert.

For now, breakfast in the form of cereals with milk or yoghurt is about (respectively) 6.9, 29.6 percent and 15.8% more expensive than a year ago. However, if someone prefers to eat kaiser in the morning with butter, cheese or ham and tomato, then he serves a meal with much more expensive products. The previously mentioned Kaiser had a result of 46.2 percent higher than a year ago is one of the price record holders.

the price of butter increased even more, by 48 percent, and yellow cheese by 35.2 percent. Cheaper – in terms of increases – will be the choice of ham (packaged meat), the price of which increased by 2.9 percen. compared to June 2021

More expensive by 36.2 percent tomatoes will additionally increase the value of the sandwich. Here, cucumbers turn out to be a slightly “more advantageous” option (increase by 20.8% y / y). Cottage cheese instead of cheese means an expense of 20.7 percent. higher than the year before, cottage cheese by 18.7 percent, and eggs by 31.1 percent.

When it comes to the selection of beverages for breakfast, tea was less expensive than coffee (9.2% and 32%). Juices also showed a lower increase than water (3.8% versus 16.4%).

How have the increases already changed the demand for these staple foods?

You can see shifts e.g. in the category of fats. Ie. the demand for butter fell more than for fat mixes. Poles are trying to limit consumption, but food is a matter of satisfying basic needs, there is a minimum shopping minimum below which consumers will not be able to lower. They will give up holidays, books or cinema, but not a grocery basket  – says Andrzej Gantner.

Processors will also expand their portfolio economically, which is exactly the opposite of the recent years, when the premium segment was gaining in value.

– Of course, cheap food cannot be of the same quality as the more expensive one – emphasises the vice-president of the Polish Federation of Food Producers.

Hard data instead of observations

There has been a monitor of the costs of daily grocery shopping – over 30 selected products are monitored. The focus on food, relying on the data provided by CMR. This is data from receipts, i.e. the actual picture of what stores all over Poland sell. CMR collects such data from thousands of outlets, from smaller-sized stores and chains of such stores – located close to the homes where we do our daily shopping.

When constructing the basket, it is taking into account the leading brand of a given product (based on popularity statistics in the sales structure), prices are averaged for the country. Where such a leading brand cannot be distinguished (as in the case of bread, sold locally), they compare products with the same parameters. We also take into account promotions.

This “basket” is not comparable to the inflation surveyed by the Central Statistical Office (GUS) – a much more complete survey, concerning not only the prices of food products, but also many others, as well as services.

Property tax rates in Poland are going up. More increases for...

03/08/2022 0
Property tax rates in Poland will be higher. House and land owners as well as entrepreneurs owning buildings from January 1, 2023 have to...
Go to mobile version