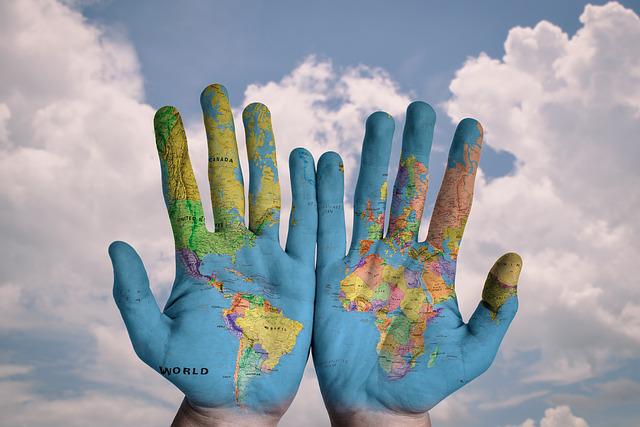 There is now a list regarding the most expensive cities to live in when it comes to  the cost of living. That is in the first half of this year

Hamilton in Bermuda, the Atlantic archipelago, which is a British overseas territory. This is the most expensive city in the world – at least when it comes to the cost of living.

The most expensive cities in the first half of 2022

The ranking of the most expensive cities in the world was prepared by Numbeo.com . This is a specialised website that collects data on the cost of living, renting and salaries around the world.

The information collected over the last six months was used by the portal’s analysts to create the cost of living index. This indicator shows how expensive it is to live in a given city.

In the ranking of the most expensive cities, Numbeo experts distinguished several hundred places. The most demanding of them turned out to be Hamilton, with a population of less than 900 people. This Bermuda town, however, does not resemble cities of similar size located in Poland.

Hamilton is the logistical, administrative, tourist and financial centre of the archipelago. And this one attracts half a million tourists and dozens of businessmen every year who want to take advantage of the exceptionally favourable tax system.

In total, there are over a dozen thousand companies registered in the whole of Bermuda, which treat the islands as a tax haven – it is roughly one such company for five permanent residents of the territory.

The cost of living in Switzerland is the highest in Europe

Although no Swiss city was on the top of the podium, it should be recognized that Switzerland is one of the most expensive countries in the world. As many as six of the ten most expensive cities are located in this country. They are (in alphabetical order) Basel, Bern, Geneva, Lausanne, Zug and Zurich.

Norway is also expensive in Europe. This country is home to three of the twenty most expensive cities in the world.

How does Poland fare compared to the rest of the world? Relatively good. First of all, Warsaw turns out to be one of the cheaper world capitals in the Numbeo ranking. Among the capital cities for which the portal has data available, only a few are cheaper in Europe than in Warsaw. And more expensive than the Polish capital are, for example, Sofia or Bucharest.

Apart from Norwegian Oslo, also Reykjavik and London landed on the podium of European capitals.

But Warsaw is also not that expensive compared to the capitals of other continents. A lot more expensive than Polish capitals can also be found in Asia and North America. Also in Africa and South America there are capital cities more expensive than Warsaw – for example Dakar, Montevideo or Port-of-Spain. The New Zealand capital, Wellington, is also almost twice as expensive as Warsaw.

The cost of living in Warsaw is the highest in Poland

Warsaw, however, is the most expensive Polish city according to Numbeo. There are also 9 other cities on the list. Wrocław and Kraków were on the podium. Next in order are Katowice, Gdańsk, Gdynia, Poznań, Szczecin, Łódź and Lublin.

It is worth noting, however, that the index value in all Polish cities is quite similar. There is no situation, such as in the United States, where the differences between the index value for the cheapest and the most expensive cities in the list reach 40 points.

The differences between cities in Poland are also smaller than in Great Britain, Germany or Italy. The index values ​​for Polish cities range from approx. 39 points. in the case of the most expensive Warsaw to approx. 32 points. in Lublin.

The Cost of Living Index, compiled by Numbeo, is a relative price index of a selected catalogue of consumer goods. Includes prices for groceries, restaurants, transportation and utilities. It does not cover accommodation costs such as rent or mortgage.

The benchmark for the indicators developed by Numbeo are prices in New York. So if in a given city the cost index in the catering industry is, for example, 120, it means that on average restaurants and bars are there by 20%. more expensive than New York.

So the indicators for Warsaw or other Polish cities ranging from 32 to 39 mean that these cities are on average 61-68 percent. cheaper than New York.

The cost of living in cities was compiled by the portal on the basis of data from the first half of 2022.

How to set up a bank account in Poland? A guide...

03/04/2022 0
Banks in Poland help Ukrainian citizens and below is a guide on how to set up a bank account in Poland. Most institutions have...
Go to mobile version