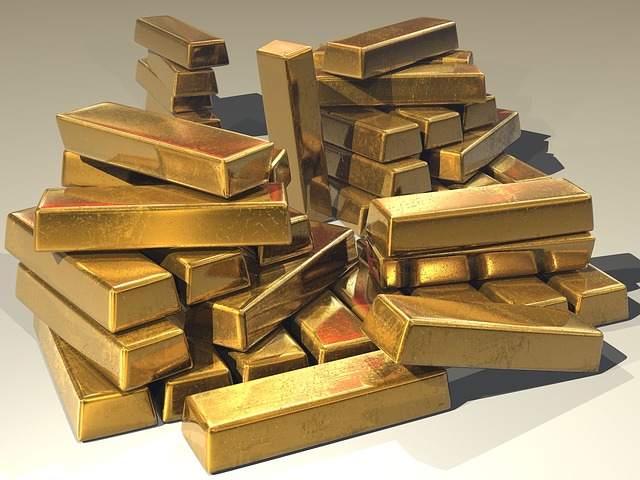 The Mint of Poland is a company listed on the main market, whose mint area of ​​operation generates the highest revenues. In 2021, it was responsible for 74.7 percent. all cash flowing into the company, the rest is electronic payments and development activities. As a result, for the first time in history, sales revenues for the entire year amounted to over PLN 1.3 billion and were higher than in the previous year by over PLN 365 million (+38.7% y / y). The mint segment alone accounts for PLN 977 million of revenues, or 55 percent. more year on year.

For the entire year, in the case of the Mint of Poland, the segment’s result was approx. 20 percent. higher, in the last quarter the profit increased by nearly 75 percent.

A hen that lays golden eggs

It was similar to the Mennica Skarbowa listed on NewConnect, which showed results for the fourth quarter of 2021 already in mid-February. This company focuses only on the sale of investment gold and other precious metals. According to the latest report, its revenues amounted to over PLN 1.1 billion and were twice as high as in 2020. With regard to Mennica Skarbowa, the net profit for the whole year was higher by 26.7 percent, and in the fourth quarter by 153 percent.

Below is a summary of revenues in subsequent years, with the proviso that the mint segment of the Mint of Poland also includes the sale of circulation coins produced for central banks.

The investment gold market was “the hen that laid the golden eggs.” According to the Mint of Poland in its report, 2021 was a record year both in terms of the number of transactions carried out and the amount of revenues achieved. It is worth adding that the increases of several dozen percent took place in relation to the also very strong 2020, which, with the onset of the COVID-19 pandemic, strongly influenced the popularity of investing in safe assets.

The largest increase in interest in gold was recorded by the companies in the fourth quarter, when inflation became the number one topic in the financial markets. Only in the last three months of 2021, the Mint of Poland sold over 1.8 tons of gold, i.e. by 150 percent. more than in the corresponding quarter of the previous year. In turn, by 150 percent. The revenues in the fourth quarter of Mennica Skarbowa increased and amounted to 457.2 million PLN .

How to satisfy your appetite for gold?

Rising inflation and lagging, still low interest rates were the main demand factor in the precious metals market. This is a trend that is observed all over the world.

The retail investor has several options for investing in physical gold. The entire guide was prepared by Krzysztof Kolany at one time. One of them is the purchase of bars. The ones associated with television and stored in bank vaults weigh 400 troy ounces, or 12.44 kg.

Such a purchase requires enormous capital expenditure (at the current prices of approx.  3.25 million PLN), which is why bars weighing from 0.01 to 1 kg were introduced. A one-kilogram bar costs about 262000 zloty. According to the information of the Mint of Poland, the 100-gram bar was the most popular in their sale.

In addition to weight, the factor that influences their liquidity is their manufacturer. In the case of gold, the most famous are, among others, Pamp Suisse, Perth Mint or Royal Canadian Mint. It is always worth checking if the manufacturer is on the Good Delivery list of the London Ore Market Association (LBMA). It is not the only organisation that sets the standards for assessing gold producers, but it enjoys the greatest recognition.

Those interested in gold are also eager to buy bullion coins due to the fact that they reach almost 100 percent. precious metal content. Since 1995, the National Bank of Poland has issued a series of the golden Eagle of the Eagle, but investors can buy foreign coins, including the most famous ones, such as the Krugerrands from South Africa, the Canadian Maple Leaves or the Austrian Vienna Philharmonic.

Most often, bullion coins have no face value, because their price depends on the price of the bullion. They are usually more expensive than bars due to the cost associated with production, but they are more liquid to trade.

According to the data of the Treasury Mint, last year the most popular was the Canadian Maple Leaf, Australian Kangaroo and Krugerrand, which recorded an increase in sales compared to 2020 at the level of 89% and 95% respectively. and 117 percent. However, the coin of the Vienna Philharmonic enjoyed the greatest increase in interest, the sale of which increased by 223 percent. – the company announced on its website.

Looking at the stock exchange rates of the mints, it can be concluded that their correlation with the price of gold is greater than with the financial results, which increased significantly in 2021, and if you look only at the fourth quarter, they increased by leaps and bounds.

When gold at the end of December was only a few percent more expensive than the year before. It follows that investors identify the condition of the exchange-traded gold distributors more with its price than with the demand for it.

This may change, as it is becoming increasingly clear that demand is of key importance here, and that this may increase even more in the near future. Last year, Poles were encouraged to buy gold by high inflation and low interest rates on deposits , and in 2022 another significant factor was added, which is the uncertainty related to the war in Ukraine. The prices of gold soared, and the one expressed in the Polish currency broke the all-time record, breaking the level of 9,000 PLN per ounce.

One should also not forget about such factors as independence from the banking system or tax considerations. The purchase of investment gold is exempt from VAT (unlike silver), besides, we will not pay the “Belka tax” on any possible income on buy / sell operations if at least 6 months have passed between them (the same is the case with silver). There is also an option to invest in a more liquid market that operates so-called gold , i.e. all kinds of financial instruments giving the investor an exposure to the gold price.

When looking at gold as an investment asset, one must definitely follow the policy of central banks, especially the largest one. Krzysztof Kolany wrote about the bullish signal on the bullion market in February, recalling the upward trend of the commodity during the cycle of interest rate increases in the US. These have only just started with the first increase since December 2018 in March.

Finally, building a golden fortune. According to the calculations of experts from HRE Investments, saving only in gold, in the years 2007-21 you would have to spend approx. 3.100 zlotys every month.  The experts assumed the margin of the mint and the selling distributor at 5%. and calculated that the savers would have more than 4 kg of gold at that time. Now worth even more.

Carbon allowance for households in Poland. How do I apply? [GUIDE]

21/07/2022 0
The carbon allowance is PLN 3,000, for which every household heated by solid fuels can apply. To obtain it, you must submit an application...
Go to mobile version