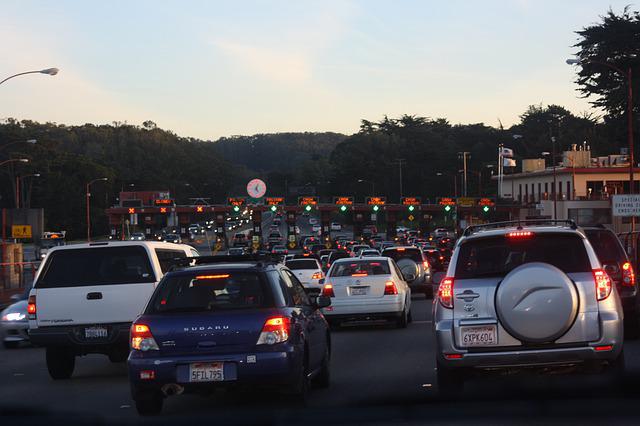 The increase in tolls for the A4 motorway between Katowice and Krakow, from PLN 1 for a passenger car to PLN 5 for the largest vehicles at each gate, entered into force today, Monday, according to information from the motorway concessionaire, the company Stalexport Autostrada Małopolska (SAM).

The General Directorate for National Roads and Motorways, to which SAM submitted an application for the increase in spring, decided that the increase was unjustified and did not take into account the war beyond the eastern border of Poland.

The management asked the company to consider circumstances that could lead to a change in the raise proposal. At the same time, the firm emphasised that they had no real powers to influence decisions related to changes in the rates of fees , if they were consistent with the provisions of the concession contract.

Higher toll rates on motorway A4

“On July 4 this year, the change in toll rates for the A4 Katowice-Kraków motorway came into force. Despite the changes in the price list, the concessionaire will maintain a discount for drivers of passenger cars using automatic payments – with video tolling applications as well as A4Go and Telepass it will be possible to travel by 23 percent. cheaper “- SAM said in a press release last week.

At the end of April this year. the Stalexport Autostrady group, to which the SAM company belongs, informed about the submission of an application to GDDKiA regarding the increase from 4 July this year. fees from the current PLN 12 to PLN 13 for each gate, i.e. from PLN 24 to PLN 26 for the entire episode. For drivers using electronic payments, there is a discount of PLN 3 at each gate, i.e. PLN 6 for the entire journey (as a result, the journey costs PLN 10 at each gate).

“Passenger car drivers who choose automatic methods: electronic toll collection A4Go, Telepass or video tolling (reading licence plates) related to the Autopay, SkyCash, IKO and mPay applications, will receive a 23% discount from July 4 this year. They will pay PLN 10 for each goal – 3 zlotys less than those paying in cash or by card “- the concessionaire has now confirmed.

” The rate for users of the A4 Katowice-Kraków motorway travelling in category 1 vehicles and not using automatic payments, from July 4 this year will be PLN 13 at each toll plaza (in Mysłowice and Balice). Motorcyclists will be entitled to a discount of PLN 7, they will pay, so far, 6 zlotys on each gate “- added the company SAM.

Tolls for larger vehicles, in categories 2, 3, 4 and 5 defined by SAM, also increase – from PLN 35 to PLN 40 at each gate, i.e. from PLN 70 to PLN 80 for the entire section. There are no discounts on electronic payments for these categories. The amount of the discount for category 2 and 3 vehicles is PLN 16, so drivers of these vehicles pay PLN 24 at the gates. So far, for category 2 and 3 vehicles, SAM applied a discount from the previous toll rate (i.e. PLN 35) in the amount of PLN 13.

At the end of April, representatives of the SAM company stated that they were forced to change the toll rates due to ” the increase in motorway maintenance and investment costs, related to, inter alia, the recently rising prices of services, building materials and energy carriers “. In the latest SAM communiqué on the raises, SAM spokesman Rafał Czechowski described them as “inevitable due to the economic situation”.

In May this year. GDDKiA informed that immediately after receiving the raise application from the concessionaire, it asked him “to consider all the circumstances that could affect the proposal to increase the toll rate”.

“First of all , we noticed the significant scale of the increase and the fact that the traffic forecasts, on the basis of which the decision to raise the fees were made, did not take into account the war in Ukraine that started on February 24 this year. This conflict has a significant impact on both social and social issues. and economic and cannot be ignored in the analysis of future traffic on the A4 motorway “- stated the state road administrator.

“So we called on the company Stalexport to at least suspend the planned increase until the political situation beyond the eastern border of Poland stabilises,” he declared.

At the beginning of May this year. The Stalexport Autostrady group reported an increase in key financial indicators for Q1 this year. ” With the increase in traffic on the A4 Katowice-Kraków motorway, the Group recorded both higher revenues and net profit, ” the group said.

Many changes for drivers in Poland. New car equipment from July,...

17/06/2022 0
Many changes for drivers in Poland are coming up. From June 17, insurers will have access to the database with driver offences, from July,...
Go to mobile version