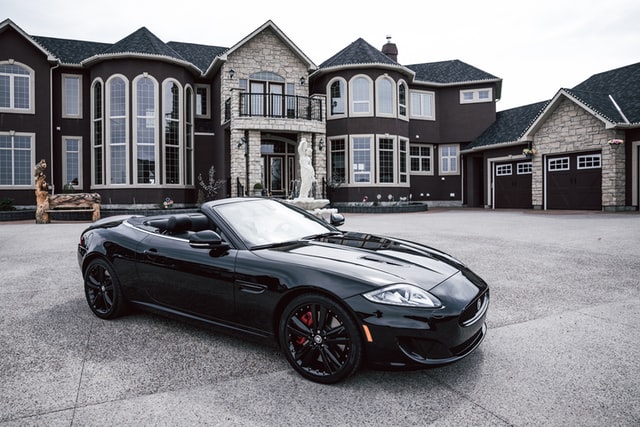 It wasn’t that bad in a long time. During the year, the wealth of the 100 richest Poles shrank by over PLN 3 billion. 19 billionaires dropped out of the list. But their place was quickly taken by the new richest.

The richest Poles – changes on the podium

Although this is the 33rd edition of the list of the 100 richest Poles “Wprost”, such changes have not been made for a long time. The most important change – we have the new richest Pole. The first place in the ranking with assets valued at over PLN 15 billion was taken by Tomasz Biernacki.

The owner of the Dino chain made his debut in our ranking in 2017. So it took him 5 years to reach the top of the 100 list. Thus, after two years of domination, Biernacki dethroned Zygmunt Solorz.

The richest Pole fell from the first to the third place in the ranking. On the other hand, Michał Sołowow , the first industrialist of the Third Republic of Poland from the chemical concern Synthos, the producer of Barlinek floors and Cersanit bathroom fittings, was promoted to the second position.

Dominika Kulczyk was just behind the podium. Although after the death of Jan Kulczyk in 2015, she shared her father’s fortune half and half with her brother, today she is one and a half billion zlotys richer than Sebastian Kulczyk.

Mainly because his brother had been cleaning up his father’s old businesses in recent years, and Dominika was following the growing course of Polenergia, the largest private energy group in the country controlled by her.

PLN 511 million – it was enough to get to the elite group of the 100 richest this year. This value of property was at the disposal of the last on the list, Roman Kołakowski, owner of the furniture manufacturer DFM based in Dobre Miasto in the province. Warmia-Masuria Province. The entry threshold increases every year, because in 2021 you had to have a minimum of PLN 450 million to be on the list.

Due to the raised bar, many famous names dropped out of the ranking. Marcin Gortat is not here , once the only Polish basketball player in the NBA, today more of an investor than a network of ophthalmic clinics or helicopter flights. There is no Jan Lubomirski-Lanckoroński, a developer and tenant with aristocratic roots. There is no Piotr Krupa, a debt collector from Kruk, Dorota and Wojciech Soszyński from Oceanic in Sopot from well-known AA cosmetics.

A total of 19 names dropped out of the ranking. But the list knows no void, and the inheritors were quickly replaced by the new richest.

A total of 9 new heroes have appeared on the list. Among the debutants, Wiesław Wawrzyniak immediately took 10th place. The first distiller of the Third Republic of Poland, founder of the AWW group, specialises in the production of ethanol and bioethanol for the chemical, food and pharmaceutical markets. He started in 1991 with the opening of the first alcohol wholesaler.

Today it has its own brands of vodkas and liqueurs: Jarzębiak, Alaska, Eskimo and Calisia. Among the new people there were also Jerzy Borucki and Andrzej Grabowski from the Polmlek company, which in addition to the production of dairy products, also produces the well-known Fortuna juices. The two biggest players on the Polish nail polishes market had their debut. They are Magdalena and Dariusz Malaczyński from Indigo Nails and Kamila and Artur Błażejewscy from Cosmo Group.

This list is also a return list. Igor Klaja from the well-known Polish clothing company 4F returned to the group of the richest 100. There are also the owners of Itaka, i.e. Leszek Szagdaj and Marek Jańczuk, who dropped out of the list mainly due to the pandemic and the fact that in times of closed borders and constantly renewed lockdowns, they had no one to send on vacation. Robert Kamiński returned to the hundred. Today hardly anyone remembers him, but it was this gentleman who created the well-known brand of Kamis mustards.

Holding on to the food industry, the Koral family also returned to the hundred, the legendary ice cream producers from Nowy Sącz have recently recorded a record increase in sales. And although the richest Poles lost a total of several billion zlotys, many scored a promotion.

Just like the first pair of Polish sport, i.e. Robert and Anna Lewandowski, who climb the list every year. This time their fortune increased by 10 percent. to the amount of PLN 625 million, which gave them a promotion by three spots to the 89th place on the list.

Who are the richest and poorest communes, counties and voivodeships in Poland 2022? Huge differences [LIST]

Which city is the most expensive and where is Warsaw on the list? See the cost of living round the world.

Manufactures in Poland raised their prices by more than 25 percent...

21/07/2022 0
In June, manufactures in Poland raised the prices of their products by as much as 25.6 percent per year - according to the latest...
Go to mobile version