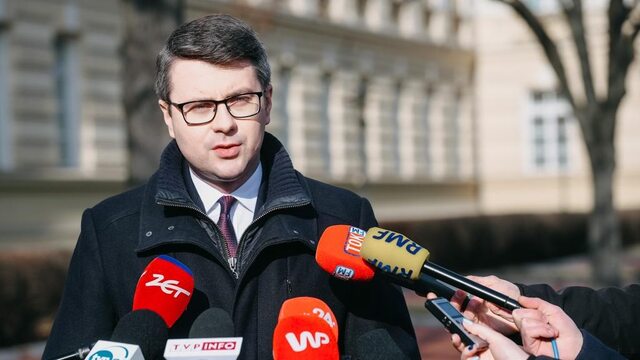 Government spokesman Piotr Müller said that the government is finalising work on extending the anti-inflation and anti-Putin shield, but the draft does not plan to freeze fuel prices.

On Tuesday, Prime Minister Mateusz Morawiecki announced that the government was considering extending the entire anti-inflation shield or part of it. “Critics say it adds a few points to inflation, I view it differently,” he said.

The next day, government spokesman Piotr Müller announced that “we are about to finish work on the scope of extending the anti-inflationary shield and the anti-Putin shield, but we do not plan to freeze fuel prices”.

“We are finishing work on the scope of extending the anti-inflationary shield and the anti-Putin shield in order to “cool down” prices, because inflation is hot and it does not seem that there will be any drops soon”, he said.

Extension of the anti-inflation shield will not freeze fuel prices

A final decision on this issue has not been made yet, but Müller stressed that the government did not plan to freeze fuel prices, although it had previously indicated that it would happen.

“We are rather talking about tax policy instruments that allow smaller public levies to be charged to the state budget. Of course, this would reduce budget revenues and some expenses could not be realised, but – and this is more important at the moment – we will reduce the high level of oil prices in the world markets”, he indicated in an interview with PAP.

Müller also repeated the government’s narrative, according to which the war in Ukraine is primarily responsible for high inflation, and this is a circumstance beyond the government’s control. “Supply chains are broken so gas and fuel prices are rampant,” he said. He added that work was underway to diversify oil supplies to Poland in order to become completely independent of Russian oil supplies by the end of the year.

There has been talk about more VAT cuts coming into play in the plan for extending the so called anti-inflation shield.

Minimum wage is going up in Poland. Minister revealed the details

Purchase prices on agricultural products in Poland increased by 45%

20/05/2022 0
Purchase prices of basic agricultural products in April increased by 45 percent compared to April a year ago, the Central Statistical Office announced today....