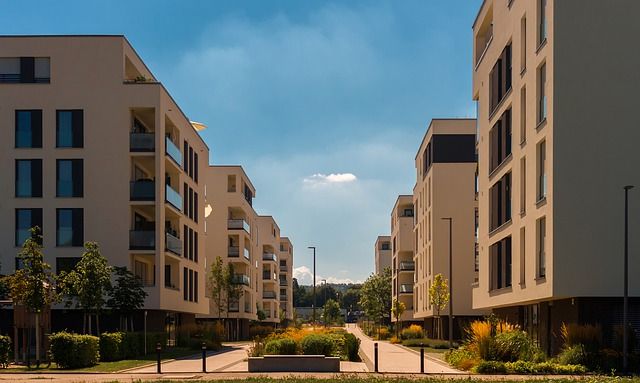 After a series of MPC decisions to raise interest rates, fewer and fewer people can afford to buy a flat. The data show that more and more apartments are unsold. Developers saw the yellow light at the end of last year and since then the sale of new premises has been taking longer and longer.

Gone are the days when flats sold on a stump. Since October last year, when the Monetary Policy Council raised interest rates for the first time, the time to sell flats has been extending, and developers have more and more unsold flats. In Warsaw, the number of apartments on offer increased in March to 10,049, the highest number since December 2020. Most of the vacancies offered by developers are currently located in cheaper districts of the capital.

The analysis of the situation in the 15 largest cities proves that the number of apartments offered by developers is growing. At the end of March, 39.700 premises, and only 8 percent were sold. offers – results from the conversion of the data of the Rynekpierwotny.pl website. A month earlier, 8.5 percent of the shares were sold and a year ago in March – 14.6 percent.

During the month, the offer increased by 1,456 apartments, and the largest increases were recorded in Warsaw (+490 apartments) and Łódź (+379 apartments). This shows that finding a buyer is getting more and more difficult.

Data shows that in the first quarter of 2022, sales of developers listed on the Warsaw Stock Exchange fell by as much as 23 percent. The largest, 72% decrease was recorded by Ronson Development, which found buyers for just 99 apartments, while a year ago in the same period it was 355.

Dom Development, which was the market leader a year ago, managed to sell only 758 apartments , i.e. by 30 percent. less y/y Murapol has now become the leader, as it avoided a large drop in sales, and recorded a small drop, only almost 2%. The runner-up in the first quarter of 2021, i.e. Robyg, now reduced sales by as much as 32 percent. rdr and fell to fifth place in Poland.

According to JLL’s research, in the fourth quarter of last year, in the six largest residential markets in Poland (Warsaw, Kraków, Wrocław, Tricity, Poznań and Łódź). the number of unsold flats increased for the first time since the second quarter of 2020.

Although in 2012 these were even higher values ​​(the number of unsold flats reached 57,000), taking into account how rising prices and increasingly stricter loan granting rules disconnect thousands of willing on financing, the number of unsold units may increase rapidly.

80 percent of the average salary to pay off the loan

As interest rates increase, borrowers spend an increasing part of their remuneration on paying off their liabilities. According to BIK data, the average debt of a mortgage borrower in Poland is PLN 127000. PLN, of which in the province of Mazowieckie is 180000 zloty. But the average value of a new loan requested by bank customers is 366000 zloty.

If the 3M WIBOR rate increases to 7.6% at the end of the year, as currently forecasted by the market, the margin should even be as low as 2 points. percent, the mortgage interest rate will reach a total of 9.6 percent. annually. With a loan of 366000 PLN for 20 years with a fixed instalment per month, you would have to pay the bank PLN 3,572 per month.

Taking into account that the average salary in the country is 6.220  PLN gross, i.e. with an employment contract, it is PLN 4,474 net, the loan instalment can take up as much as 80 percent of the average earnings!