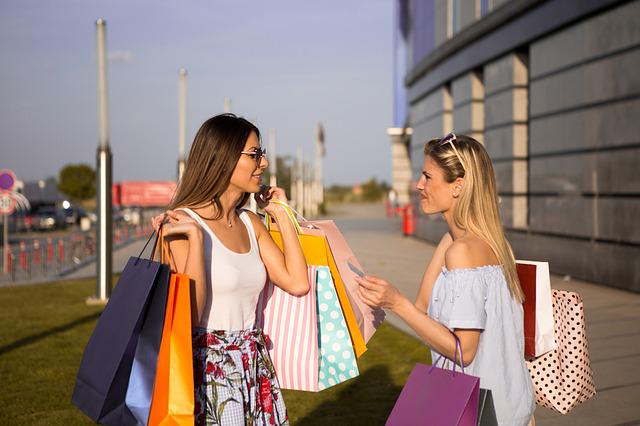 Retail sales is booming in Poland, that shows in the latest data from the Central Statistical Office of Poland indicate that people decided to quickly convert the zloty into goods as soon as the zloty was losing its purchasing value amid high inflation. Retail sales increased by as much as 22 percent in March Year on year in current prices and by 9.6 percent at constant prices. Importantly, this increase is compared to a very good month in trading last year.

Retail sales growth in March was much higher than economists’ expectations and amounted to 22%. y / y in current prices The turnover of clothing and footwear stores was growing the fastest. Car sales were falling This is another good data from the economy, heralding GDP acceleration in the first quarter

If you look at the values ​​of the annual dynamics from the previous months, the result in March may not be impressive, because in January this year and November last year. year-on-year dynamics also exceeded 20 percent. However, it must be corrected that then it was a rebound compared to the corresponding declining months of the previous year, and this time the increase is compared to the very good March 2021, when sales grew by 17.1 percent Y/Y.

In a situation where inflation in March broke the record in the 21st century and amounted to 11 percent can be interpreted as a decreasing tendency to save money for the future. Money is losing value, so we apparently prefer to quickly turn it into commodities, because in a month or two for the same money we can expect to buy less.

Traditionally, the CSO does not provide data on the sales dynamics of retail chains and this data has to be waited for by Eurostat to publish it. In March 2022, the largest increase in retail sales in constant prices compared to the corresponding period of 2021 was recorded by the group of stores with textiles, clothing and footwear (by 41.9% compared to an increase of 93.0% a year ago).

Sales higher than “total” sales were also observed in the following groups: “other” (by 31.2%), “pharmaceuticals, cosmetics, orthopedic equipment” (by 15.9%) and “solid, liquid and gaseous fuels” ( by 15.5 percent). The decline in sales continued in entities trading in motor vehicles, motorcycles and parts (by 9.3%), according to the Central Statistical Office. So it is in many areas the sales are booming.

Retail sales data is another piece of good news from the economy, which shows its acceleration in Ukraine just before the war. On Thursday, the Central Statistical Office announced that the value of sold production increased by as much as 17.3 percent. y / y and these were also data adjusted for inflation. Analysts called this “cosmic” results.

However, the negative foreign trade balance will be negative due to the more expensive imports of energy resources: oil and gas . According to the latest available GUS data, in the first two months of this year the negative balance of trade in goods amounted to USD 3.5 billion / EUR 3.1 billion. A year ago, we had a surplus of USD 2.4 billion / EUR 2 billion.

Panic and small businesses in Poland. That is why sugar is...

27/07/2022 1
Empty shelves in shops are not the result of an actual lack of goods, writes Rzeczpospolita. Panic and small businesses, which prefer to stock...
Go to mobile version