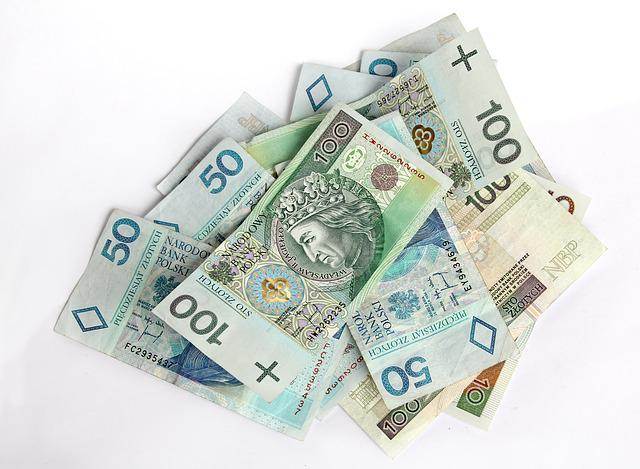 Salaries is still going up in Poland. The average salary in the enterprise sector in March 2022 increased by 12.4%. year on year – the Central Statistical Office reported. Thus, it has beaten inflation, although the real wage growth is small due to the increase in prices.

According to the data of the Central Statistical Office of Poland from March 2022, in order to be among the “middle-class” earners in Poland, one had to receive a gross salary of PLN 6,665.64. This is over PLN 400 more than in February (7.2 percent).

Importantly, the increase in salaries in March 2022 compared to February 2022 was caused, inter alia, by payments of discretionary, jubilee, holiday and quarterly bonuses, annual bonuses, salary increases, including those related to the mobility package, as well as settlement of remuneration for overtime work and payment of retirement benefits.

According to the Central Statistical Office, the highest increase in salaries compared to the previous month was recorded in the section “Real estate market services” (by 13.1 percent), where salaries amounted to PLN 6,970.67 (PLN 6,161.74 a month earlier) and “Information and communication” (by 11.3%), where the average gross wages amounted to 12 thousand. PLN 63 PLN 7 (a month earlier, PLN 10 thousand 837 PLN 1).

But Inflation eats up increases

Wage increase by 12.4% means that it was higher than the record inflation of 11% . This is more than the office’s previous estimates and a record in the 21st century. The most expensive prices were transport (24.1%) and house maintenance (17.7%). What may be the most worrying is the fact that only during a month in Poland the price increase amounted to 3.3%. This is the same as, according to the government, inflation will be … in the entire 2022. This is what the government entered in the budget act.

Already in previous readings, economists pointed out that real wage growth is being slowed down by high inflation, which will support further demands for wage increases and the risk of unbearing a price-wage spiral.

The CSO data on average wages are obviously not an ideal measure. First of all, they include salaries only in the enterprise sector, where the number of employees is at least 10 people. They also do not show the median, i.e. the most common value. However, they provide a constant picture of the economic situation.

ZE PAK and Ørsted will build wind farms together in the...

08/03/2022 0
ZE PAK and Ørsted have signed a contract and will jointly apply for location permits for the construction of wind farms in the Polish...
Go to mobile version