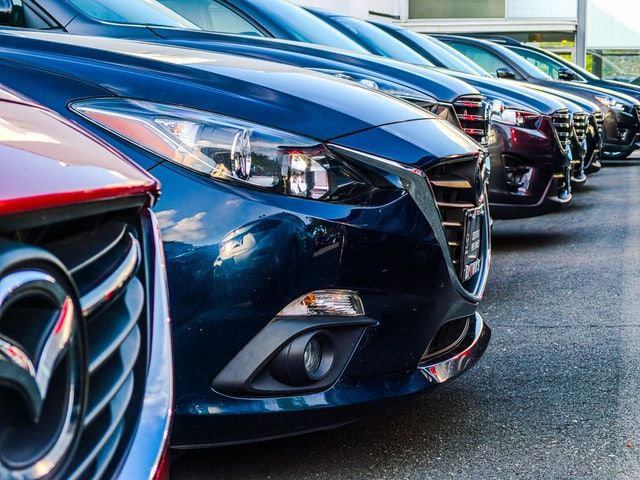 By nearly 20 percent The median price of used SUVs rose over the year. This is the strongest price increase of any body type, according to AAA Auto data. Apart from the growing demand, the increases were most influenced by problems with the availability of new models, which may become even worse in the coming months.

The price gap between SUVs and hatchbacks and estate cars is widening. While the median price of used SUVs in February was 53,000 PLN, in the case of hatchbacks it was 14 900 and cars with a station wagon 21 900 PLN.

In addition to the size and equipment, the reason for the significantly higher prices is also the age of the SUVs on sale. In February, the median age was 8 years. By comparison, hatchbacks and station wagons were five years older.

The SUVs offered on sale also have lower mileage. In February, it amounted to an average of 140 thousand. km, while second-hand estate cars had an average mileage of 220,000 km. km, and hatchbacks on average 165 thousand. km.

According to AAA Auto data, models from South Korea and Japan dominate the list of the most sold used SUVs. In February, Nissan Qashqai and Kia Sportage found the most buyers, and the top ten also included: hyundai tucson, hyundai xc35 and toyota rav4.

In the case of the Toyota rav4, the lowest median price was recorded, which was mainly due to the wide availability of various, also older, generations. This was reflected in the median age, which in the case of the Japanese SUV was close to 14 years.

The list of the most popular new SUV cars registered by Polish individual customers is similar. In the first two months of 2022, the most popular were: kia sportage, hyundai tucson and toyota rav4.

One of the reasons for the rising prices of SUVs is their growing popularity – for both used and new cars. Although SUVs are still losing out to the most popular hatchbacks and estate cars in commission sales, they are already over 40 percent. new cars are cars with an SUV body.

And it is this growing popularity compared to the reduced availability of new cars that is one of the reasons for the rising prices of SUVs and crossovers on sale. You still have to wait up to 6 months for a new car due to shaky supply chains and a shortage of semiconductors on the market.

Moreover, while 2022 was supposed to be the time of a return to normal, it seems that it will not. The reason is the war in Ukraine that has been going on for a month and, consequently, the shutdown of the Ukrainian, as well as Russian factories and even more disrupted supply chains.

”The war in Ukraine has already worsened the situation, and it should be expected that it will be even worse in the near future” predicts Jakub Faryś, president of the Polish Automotive Industry Association. “Problems with the availability of vehicles will continue for many months, and the war in Ukraine, which is a very important producer and supplier of parts and components – for example wiring harnesses used in vehicles – will certainly make them even worse, “ he adds.

Semiconductors and lockable factories are one thing. In March, a new problem appeared on the horizon. This time related to the availability, but also to the stock exchange quotations of precious metals, in particular nickel and palladium.

Meanwhile, the automotive industry is responsible for approx. 75 percent. world demand for this metal. It is used, inter alia, for the production of semiconductors, necessary in cars packed with electronics, but also catalysts. Meanwhile, due to increasingly stringent exhaust emission standards, the demand for this rare metal has increased.