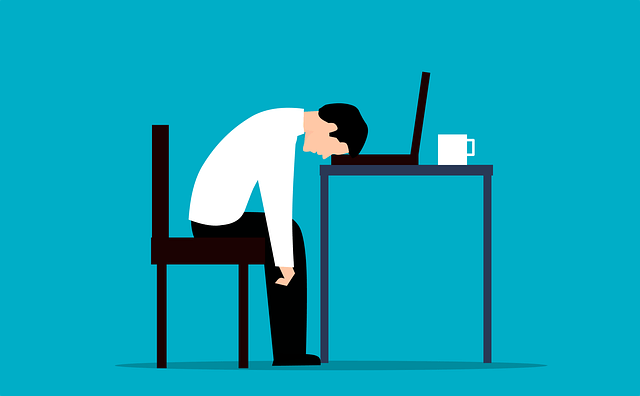 Accountants and tax advisers in Poland are not happy about the newest changes in the Polish tax system. Almost three months after the first version of the Polish Deal came into force patching with regulations, the government announced further changes.

“It’s ridiculous to make such a huge number of changes at such an alarming pace” the accountants say. (need help with your taxes? Then see the bottom of this article).

On 24 of March, the government announced the planned changes in the Polish Deal. The case had been “milled” in the Ministry of Finance for three months.

To save its flagship tax reform, PiS brought in Artur Soboń, who was entrusted with the position of deputy finance minister and the mission of repairing the Polish Deal.

It was he and the prime minister who presented at the press conference the changes that will await taxpayers.

The Polish Deal was criticised from the very beginning. The hastily introduced tax reform turned out to be full of mistakes. The first problems were reported by teachers who received a reduced salary at the beginning of January.

A whole avalanche followed. Single parents criticised that they were deprived of the possibility of settling accounts with their children, and that carers of disabled people – that they would receive less income from 1%, because 9 million people were to stop paying PIT. Even the deputies got a backlash – they too receive lower salaries.

Accountants generated most of the problems of the Polish Order, and patching up errors with regulations did not make it any easier. It was not known which regulations were binding, some changed overnight, making the work done by an accountant one day obsolete the next.

Tax officials were also overwhelmed by regulations. The Union Alternative in the National Revenue Administration received many letters from KAS employees who complained about the chaos and the disastrous preparation of the tax reform. An employee of IAS Bydgoszcz wrote:

“A big duff has been introduced under the name of the Polish Deal, and the responsibility is shifted onto the shoulders of those at the bottom! Taxpayers call, ask for details, discounts, the most favourable forms of business taxation, deductions.

Payers are calling with all sorts of really heavy questions. We didn’t have any great training sessions, only materials to read. How can that be ?!” the person pointed out.

Another version of the Polish Deal

“What about the stability of the law? What about those who have already made important decisions about their businesses – for example, the form of taxation in JDG or as a partner in a partnership?”, he wonders and not only him.

“Low legal stability is certainly a big problem for all interested parties – not only for professionals such as tax advisers or accountants, but above all for taxpayers, entrepreneurs and officials.

Everyone will have to learn the rules of accounting anew, adjust the accounting and payroll systems and explain to their employees or contractors how much their net remuneration will be” , says Michał Wodnicki, partner at CRIDO.

Many questions already from entrepreneurs and employees

There are already many questions from entrepreneurs and employees. “All new, announced plans of tax changes and amendments introduced at such an absurd pace introduce confusion and paralysis in work in accounting.

Despite the lack of content of the Amendment Act, many of our customers are already asking about the shape of the amendment. Customers ask questions about the changes that affect them, whether they will pay higher taxes than before, and what steps they could take to prevent the amendment from causing financial or economic damage.

Unfortunately – as long as the content of the Amendment Act does not appear – we can only answer on a certain level of generality.

Each amendment is abundant in some kind of exceptions, smaller details, important details – and these are what we are currently waiting for” says Krystian Wodniak, chief accountant at Mentzen.

He reminds that the Sejm needed only two weeks to adopt the largest tax revolution so far, i.e. the Polish Deal. In the final version it was 277 pages of the new law.

“It is ridiculous to make such a huge number of changes at such an alarming pace . I am afraid that it will be again this time” – says the chief accountant at Mentzen.

Accounting services spent a lot of time and money on training, training, and specialist literature. Now, in fact, it turns out that many of the learned rules are being amended again.

Accountants and tax advisers are wondering if this is really the final version of the PiS project. Experience shows that the ruling party can still change many things. Regardless, it won’t be easy, as they say.

Michał Wodnicki, a partner at CRIDO, says that so far the bill to change the rules introduced by the Polish Order has just been announced – there are a number of legislative steps to be followed until its entry into force.

However, if the final wording of the amendment does not significantly differ from the currently proposed one, then in some areas the rules in force before the Polish Government will apply, a small group of taxpayers will be accounted for according to the currently applicable rules, and the majority will be subject to the new regulations.

“As a result, it will be necessary, firstly, to remember which regulations were in force in which period or, secondly, to check what will ultimately be more favourable for the taxpayer, which will undoubtedly complicate tax settlements” – emphasises Wodnicki.

Krystian Wodniak, chief accountant at Mentzen, notes that at the end of the fiscal year, accountants will calculate income – for the first time, on the terms introduced from January 1, 2022, without taking into account new changes, and also separately, for the second time.

“Taking into account the new changes announced on March 24, the taxpayer may eventually tax himself according to more favourable rules.

This will certainly increase the time-consuming nature of the annual tax settlement, which will increase the cost of accounting and advisory services. I definitely believe that such a solution will not have a positive impact on the quality of the law and its correct application” says the expert.

Accountants and advisers claim that the changes are going in the right direction, because they take into account the postulates reported in consultations in the fall of 2021 and after the entry into force of the Polish Deal in February 2022. The concerns, however, are great.

“The postulate of legal stability remains valid, at the same time we remember the legislative process carried out in the autumn of 2021.

I hope that now the stage of social consultations will be carried out conscientiously, and a sufficiently long vacatio legis will elapse between the adoption of the act and the entry into force of its fundamental provisions”, says the expert with CRIDO.

No middle class relief in Poland

What does the next version of the Polish Deal change? It eliminates the relief for the middle class, and instead introduces a reduced PIT rate from 17 to 12 percent, offers the exclusion of health insurance from the tax base for entrepreneurs on flat tax, lump sum and tax card.

Single parents with children will regain the right to joint settlement with their children – they will use the free amount of 30,000 PLN twice zloty.

Consultations on the new version of the Polish Deal are expected to last until 2 of April . The Ministry of Finance hopes that the bill will be adopted by the Council of Ministers in mid-April. The new regulations will as mentioned on these pages before, enter into force on 1 of July, 2022.

Need an accountant or tax adviser in Poland?

If you need help with the new law in the Polish Deal tax reform but don’t have a tax adviser or accountant then Biz in Poland can help.

I have several people who can help you and your business. Just contact me at info@bizinpoland.com and you can read more at bizinpoland.com or bizipolen.dk if you speak Danish.

29/07/2022 0
Orange introduces an inflation clause to new contracts. Bills may increase if the price increase is correspondingly large. However, customers have a wicket and...
Go to mobile version