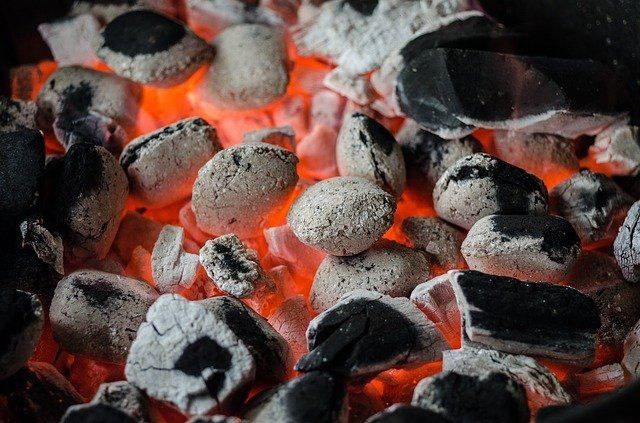 Poland is going back to coal, but nobody is saying it out loud yet. Miners are about to write a new social contract with the government, and PGE informs that last year it produced significantly more energy from coal than in 2020.

Unfortunately, it turns out that the Russian aggression against Ukraine will further slow down Polish decarbonization, instead of accelerating the development of renewable energy energy sources.

Wanted to move away from fossil fuels

Before Putin attacked Ukraine, Europe wanted to move away from fossil fuels, which had a destructive effect on the environment and climate, mainly with natural gas and nuclear energy.

The first solution was supported by the Germans, and the second by the French. At least, this is suggested by the  EU taxonomy project , which recognizes gas and nuclear energy as sustainable energy sources under certain conditions.

But Russian aggression changed everything. Now the number one goal is not to reduce CO2 emissions, but to become energy independent from Russia. Especially that about 40 percent. Russia’s federal budget comes from the sale of gas and oil, accounting for 60 percent. Russian exports.

And although experts agree that such a situation should only accelerate the development of renewable energy sources, we are witnessing a return to coal. At least for a moment, they intend to apologise to him, among others Germans, Czechs and others.

A discussion has also arisen in Poland as to whether the social contract with miners, which provides for the closure of the mines by 2049, does not need to be rewritten. Because it turns out that instead of preparing to reduce coal production, we are only increasing it for the time being.

The financial results for 2021 published by PGE show that coal was gaining earlier before Putin attacked Ukraine.

It turns out that the total net electricity production in 2021 in PGE’s generation units amounted to 68.8 TWh, i.e. 18 percent. more than a year earlier. The production of energy from lignite (by 25% y / y) and hard coal (by 20% y / y) clearly increased. In turn, this energy from natural gas throughout the last year was less – by 16 percent.

It is worth recalling here that earlier, in January 2022,  Fitch Ratings  emphasised too much energy generated from coal by PGE.

“The key limitation of the rating is the large share of electricity generated from lignite and hard coal, which leads to a high level of carbon dioxide emissions by PGE’s generation fleet and exposes the company to high costs of CO2 emissions”  it says in the rating release.

The Polish Economic Institute shows that in 2021 the production of electricity from coal reached the highest value in 8 years. It was also 26 percent larger. from the one from 2020. In its analysis, PIE predicted that it was only a temporary jump in popularity and that coal consumption would return to previous norms in the years to come.

But now, after Russia’s attack on Ukraine, and after it has become fashionable to become independent of Russian energy, this is not so certain.

Coal doping for the second time in a short time

This is the second coal revival in a short time. The first had to do with a pro-pandemic awakening. Domestic economies wanted to catch up with lost time as soon as possible, but RES did not keep up with energy production. This is how the world turned to coal for the first time.

Hence the alarming messages of the International Energy Agency about the increase in global emissions in 2021 by 6%. – up to 36.3 billion tons, which is the highest level in the history of research.

“The increase in global CO2 emissions by more than 2 billion tonnes was the largest ever in absolute terms, which more than offset last year’s decline due to the pandemic” , the IEA notes.

This unprecedented increase in emissions had only one main character. It is coal that is responsible for over 40 percent. Total increase in global CO2 emissions in 2021, reaching an all-time high of 15.3 billion tonnes.

The increasing consumption of coal was also supported by record increases in gas prices. Now we are witnessing a second return to coal, which is caused by the Russian aggression on Ukraine and the desire to become independent from energy from Russia.

Calculations by the Forum Energi think tank show that in the period from 2000 to 2020, the share of Russian coal in Polish imports increased almost 12 times: from 0.8 million tonnes to 9.4 million tonnes).

And so a discussion arose as to where, if not from Russia, to import black gold. However, no one in the government mentioned a word about a good opportunity to accelerate the development of renewable energy sources by finally amending the 10H rule at the beginning.

Russia has turned off the export of gas to Poland –...

27/04/2022 0
On Wednesday at 8, the export of gas to Poland through the Yamal pipeline was to be halted and so happened, according to reports...
Go to mobile version