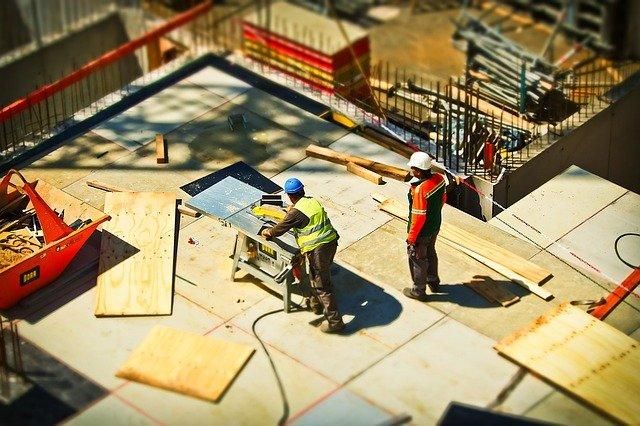 Due to the ongoing war in Ukraine, under the Act on Assistance to Ukrainian Citizens, Polish employers employing Ukrainian citizens will get easier employment.

The Polish Economic Institute (PIE) informs about which industries are willing to hire new employees. So far, many shortages in the Polish labour market have been supplemented by the citizens of Ukraine, who treated work in Poland as a way to quickly repair their home budget and earn more than in their home country.

Work below their qualifications

The research shows that the vast majority of them performed work below their qualifications. They were most often employed in construction, manufacturing, administration, transport and storage, informs the Polish public think tank PIE.

14 percent of companies in Poland plan to increase employment in the next 3 months – according to the research conducted by PIE and BGK at the beginning of March.

This may also help in allocating some of the refugees to smaller towns”, says Andrzej Gantner, vice-president of the Polish Federation of Food Producers.

Most Polish companies (80%) want to leave employment unchanged. The increase in employment is most often declared by large companies (26%) and medium-sized (21%). 13 percent small businesses and 10 percent. micro wants to increase employment.

Declarations about increasing employment are most clearly visible among construction companies (21%). The construction industry is more eager to employ men, and the majority of refugees are women with children, PIE reports. Whether the industry will change its attitude and whether refugee women will be interested in working in this industry remains unexplored.

Other industries have expressed the desire to increase employment to a slightly lesser extent. 16 percent of the commercial companies surveyed plan to recruit new employees.

In the TSL industry (transport-logistics-forwarding), there is 15 percent of companies planning to open recruitment, but also 10 percent planning layoffs. This industry, like the construction industry, is now facing the problem of the outflow of many workers from Ukraine who return to the country.

“For example, companies report serious problems with transport – several thousand drivers were lost within a few days, which is a very big problem for food producers.

After all, you cannot get into a lorry and go on a long journey with a category B driving licence for a passenger car in your pocket. Quick system solutions are needed, including, for example, an increase in expenditure on educating foreigners”, adds Gantner.

The smallest share of enterprises declaring an increase in employment is observed in manufacturing companies, but taking into account that these are usually large enterprises, there may still be many jobs to be developed there.

What else is needed besides facilitating the procedures?

Opening access to the labour market and simplifying procedures related to the legalisation of employment in Poland, as well as actions taken by Labour Offices, open up the possibility of offering jobs to refugees and the maximum use of job offers submitted by employers.

The experience to date shows that employees with at least communicative knowledge of Polish are often sought, and in sporadic cases it may be English.

This may mean an increase in the demand for free Polish language courses, primarily for people who have the opportunity to work in health care, education and other services that require direct contact with the client. Industry training will probably also be needed, the costs of which cannot be borne by small employers on their own.

Accident in the company – what are the obligations of the...