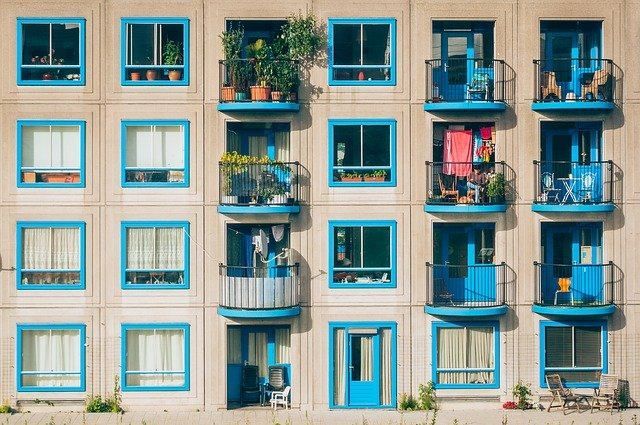 Up to 60 percent the offer of flats for rent in the largest Polish cities decreased. Along with the markedly falling supply, prices soared, which, given the increases observed over the last year, may translate into historical highs. The increased demand on the market is mainly generated by Ukrainian citizens fleeing the Russian invasion.

The recent predictions of real estate experts related to the impact of Russia’s invasion of Ukraine and the wave of refugees heading to Poland began to come true exceptionally quickly. According to data from the PKO BP bank, over the last two weeks the number of available apartment offers for rent in the largest Polish cities has decreased from a dozen to over 60 percent. At the same time, the double-digit growth hit average asking prices.

According to these data, the strongest – by more than 60 percent. – In the last two weeks, the offer of apartments for rent in Wrocław has shrunk. About 60 percent fewer rental announcements could be found in Kraków and Zielona Góra. A decrease of 40% was recorded in Lublin, Gdańsk, Warsaw, Rzeszów and Łódź.

Questions mainly from the Ukrainians

The shrinking offer and rising rates are mainly related to the influx of refugees from Ukraine who are fleeing the Russian invasion. According to the Border Guard, over 1.9 million Ukrainian citizens crossed the Polish border in less than three weeks of the war (until March 16).

“There are more than twice as many inquiries about flats for rent than at the beginning of February, although we should remember that February and March were usually associated with student relocations related to the change of semesters. However, while in the first half of February, mainly students asked about offers, more questions from Ukrainian citizens began to flow in at the end of February ” notes Dominika Podsiadło, an intermediary from the Andom Nieruchomości office in Wrocław.

She adds that at that time it was not refugees who were looking for housing, but Ukrainian citizens working in Poland.

– Our observations show that just before the outbreak of the war and in its first days, there were questions from Ukrainian citizens looking for housing for members of their families and friends who were planning to come to Poland. In the first weeks of March, the refugees themselves appeared – comments the real estate agent.

Growing demand is pushing up the prices

Along with the rapidly growing demand, the average bid rates dictated by landlords are also growing. According to the data of PKO BP, for flats in the so-called In new construction, they rose more strongly in the last two weeks than in the last twelve months.

Also in this case, the scale of the phenomenon was most visible in Wrocław, where the average expectations of landlords increased by 33% over the last two weeks. Meanwhile, in February the average bid rate was higher by 17% annually.

Increase in the average expectations of landlords by at least 20 percent. also took place in Kraków, Poznań and Łódź. In the remaining eight largest Polish cities (Warsaw, Gdańsk, Szczecin and Katowice), average bid rates increased by at least 15% over the last two weeks.

A year with a market that benefits the landlords

Although its scale and pace may raise concerns among those wishing to rent an apartment, the rise in rates on the rental market is nothing new. These have been growing for over a year, which means that the annual increases reach 20%.

In the latter case, the strongest increases were recorded in Wrocław and Warsaw, and amounted to 25 and 22 percent, respectively, which means that nominal landlords expected nearly 700 / month and 900 PLN/ month more than in January 2021.

In Warsaw, the average offer price dictated for apartments with an area of ​​60 to 90 sq m. was the highest in the history of measurements and amounted to PLN 4923 PLN / month, for the first time approaching the psychological barrier of 5000 PLN / month so significantly.

As noted by the already quoted Dominika Podsiadło, the rates for the largest apartments may increase even more.

However, as he adds, the increases applied by owners of temporarily empty apartments are also applied to rents raised by cooperatives and managers.

The rental market and the apartment sales market

In the opinion of Jarosław Jędrzyński, an expert of the RynekPierwotny.pl portal, the impact of the appearance of refugees on the housing sale market will be negligible compared to the situation on the rental market. Those fleeing the war will not be ready to buy a flat in another country too quickly, even if they have put away their cash earlier.

“If the influx of refugees from Ukraine were to increase the demand on the housing sale market, the increase would not be observed among refugees, but among investors taking advantage of the increased movement on the rental market. This, in turn, may lead to a further intensified increase in rates compared to previous months – both on the primary and secondary market “analysis Jarosław Jędrzyński.

“If this quite probable scenario of an acceleration in the domestic rental market and an increase in its profitability materialises, it will lead to an increase in demand for flats on the part of individual investors and PRS funds. In addition, a serious supply overhang of new apartments purchased in recent years speculatively with the intention of reselling at a profit, also in large part may change the purpose for long-term rental”  he adds.

Apartment sales in Poland are falling. Developers have started with discounts...

10/08/2022 0
The apartment market is cooling down after years of overheating and this is confirmed by further data. In the first half of 2022, the...
Go to mobile version