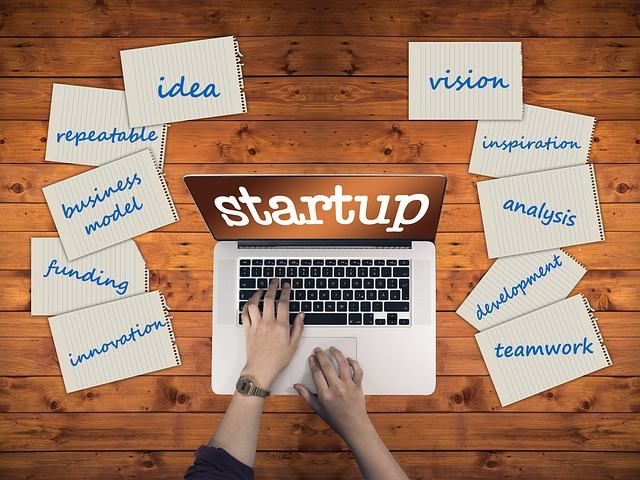 The involvement of women in business is growing every year, but there are still half as many of them on the boards of Polish companies than men.

A similar disproportion can also be seen in Polish start-ups, of which, on average, every third has a woman on the board. This trend is characteristic not only of the Polish market, because, according to the Statista.com portal, 20 percent of the world’s total the startups are among the founders of ladies.

However, a lot of data shows that companies and start-ups run by women achieve statistically better financial results and do better on the market.

“In Poland, women quite rarely set up start-ups. If you look at the statistics, only one in three startups established in Poland has a woman on the board”, says tNatalia Świrska, Start-up Program Manager at OVHcloud, co-founder of the Ada start-up and one of the mentors of the Shesnnovation Academy program.

Transparent Data data, quoted in the last edition of the Startup Poland Foundation report (“Polish start-ups 2021”), show that in Poland the position of the president of the management board of an economic entity is held by 301600 people men and only 138700 women.

This means that they only take up 31.5 percent president positions. A similar disproportion occurs also in the case of running own business activities and start-ups.

“It has improved over the last five years anyway, because it was worse in Poland. However, comparing Poland with other European countries, we still do not fare well. We have fewer women in the start-up business”,  says Natalia Świrska.

The Startup Poland report shows that although companies established by women are becoming more and more common, on a global scale they still constitute only a fraction of the entire market. According to Statista.com data, in 2020 only one in five start-ups in the world had at least one woman among their founders (in 2009 it was 10%).

This disparity is visible in all countries, although there are some regional differences. Central and Eastern Europe still has more female founders than other regions of our continent.

In 2020, start-ups founded only by women received 5 billion USD funding from VC funds, while a total of around 20 billion USD was invested in companies co-founded by both men and women. Each 1 USD Investments in start-ups run by women generated an average of 1.12 USD income.

According to the expert, the companies themselves are losing out on the lower share of women in the start-up market.

“Diversity is always good because it shows different perspectives of looking at a given problem. And just as good as, for example, racial diversity, which provides an extra perspective, women also bring a certain diversity to the business“,  says OVHcloud’s Start-up Program Manager.

Various types of data show that entities with greater diversity achieve statistically better financial results and perform better on the market. Similar conclusions can be drawn from last year’s McKinsey & Company report (“Win-win: How empowering women can benefit Central and Eastern Europe”), which showed that gender differentiation and a greater share of women among senior management is directly correlated with better financial results for companies.

An analysis of the 200 largest companies in the CEE region showed that those with greater gender equality in senior positions had as much as 26 percent greater chances of above-average profits.

“Women leaders are not the easiest thing on the labour market. Fortunately, this is changing, incl. because we talk about it more and more, and sometimes there are still harmful stereotypes, for example about women and high technology. For example, it has become commonplace that men are excellent programmers, while from a historical perspective, women were the first programmers.

The first code in history was written by Ada Lovelace, who was Lord Byron’s daughter”,  says Natalia Świrska. “It’s all in our heads. If we want to do something, let’s do it, and we should not wonder whether it is easy for us or not” Natalia Świrska said.

According to the latest report of the Startup Poland Foundation, the market is slowly  changing. In 2019, 21 new female-led unicorns (startups valued over 1 billion USD) were reported worldwide – six more than a year earlier.

The authors indicate that this number will gradually increase, and networking, including, inter alia, expanding the contact list and mutual support for female start-ups.

That is why platforms, associations and projects promoting female entrepreneurship are so important, as they allow the sharing of knowledge, experiences and methods for effective business management.

Experts discussed the position of women in the Polish start-up market during the debate held during the Thursday Gathering. These are cyclical events that take place every Thursday at 5 pm in Warsaw’s Varso and attract a community of innovators: experts, corporations, scientists, start-ups and students.

They provide a platform for the exchange of knowledge, experience and networking. The organiser of meetings open to all is the Venture Café Warsaw Foundation.

International Energy Agency: out of oil in 2 weeks – see...

17/03/2022 0
The statement from the International Energy Agency about a possible oil shortage in April immediately boosted prices. Stock exchanges shot up again. But don't...
Go to mobile version