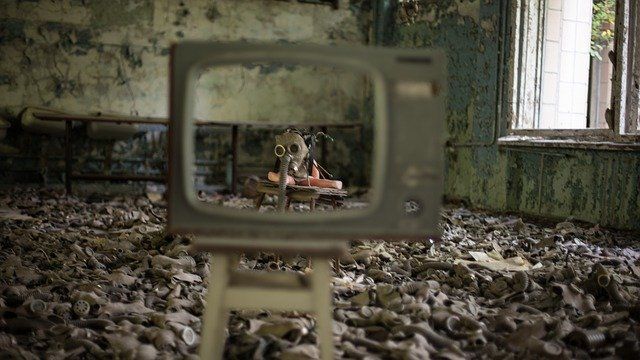 The conference, organised in the building of the Wyższa Szkoła Biznesu in Nowy Sącz, was originally intended to focus on the challenges which, according to forecasts, the Polish economy will have to face in the coming months in the context of rising inflation and galloping energy commodity prices.

However, Russia’s invasion of Ukraine made the previous forecasts obsolete, creating the greatest threat to global peace and security in many years.

The ongoing conflict was already mentioned during the opening of the exhibition on the occasion of the 30th anniversary of the Warsaw Stock Exchange, which will be presented in the coming weeks in front of the university in Nowy Sącz.

“We are currently passing the most serious test of maturity and responsibility both as a society and as a capital market, which is watched by all stock exchanges in the region” he stressed.

All experts – entrepreneurs, diplomats and economists – participating in the conference expressed their opinions in a similar vein. As noted by Katarzyna Pełczyńska-Nałęcz, a member of the Strategy 2050 think tank and former Ambassador of the Republic of Poland to the Russian Federation, undermining the security and sovereignty of Central and Eastern European countries, regardless of the outcome of the ongoing conflict in Ukraine, will determine Moscow’s attitude towards the countries of the former communist bloc for many years.

“We are currently in the worst geopolitical moment, if not from the end of World War II, then certainly in the history of the Third Polish Republic. Military blackmail has become an integral part of Russian doctrine and we must learn to function in this new reality”, noted Katarzyna Pełczyńska-Nałęcz.

WOn this occasion, the role of the Western world, to which Poland happily belongs, is being redefined. The credibility and cohesion of the Community now depend on the effectiveness of the unprecedented sanctions imposed by the EU, ”she emphasised.

In the opinion of Jarosław Fuchs, vice-president of Bank Pekao SA, Poland has to play a key role in this breakthrough, geopolitical moment – not only due to its geographic location (a flanked NATO country adjacent to Ukraine), but also its economic and civilization attractiveness, which is a real alternative to the Russian authoritarianism.

“While calling for an end to the conflict as soon as possible and engaging in helping the citizens of Ukraine, we must remember that each crisis is at the same time a” new opening “, creating enormous opportunities for producers and exporters.

We already have to start thinking about how to wisely engage in the post-war reconstruction of Ukraine and the gap created by the apparent collapse of Russian companies that have lost hundreds of billions of their capitalization since the beginning of the year” said Jarosław Fuchs.

“The previous crises have shown that it is Polish entrepreneurs, and not international corporations, that are the first to decide to start making new investments again. It is worth considering together how to direct this energy to the East, where – in the face of the permanent withdrawal of Russian capital – promising development prospects will open in the near future, including for Polish exporters “- added Andrzej Puncewicz, managing partner in the consulting company CRIDO.

According to the president of the Warsaw Stock Exchange, an influx of refugees from war zones may turn out to be an important factor strengthening the potential of the Polish economy not only in 2022, but over the next decades.

The solidarity of Poles with Ukrainians not only builds the foundations of friendship between nations, but also, according to Marek Dietl, can help in solving one of the biggest problems facing the Polish economy – demography.

“Certainly, a large part of the people who come to us from Ukraine will stay in Poland for longer. Therefore, a long-term strategy of their integration with the society should be developed, not only in order to avoid possible tensions, but also to use their talents, diligence and resourcefulness, ”argued the president of the Warsaw Stock Exchange.

Marek Dietl recalled that before the outbreak of the war, Kyiv was recognized in international rankings as a start-up-friendly city, and representatives of all professions – including excellent IT specialists, engineers and scientists – would soon be looking for employment on the Polish labour market.

“The Warsaw Stock Exchange, in addition to ad hoc financial aid for refugees and supporting its employees in providing them with shelter, also provided Ukrainian companies with its office space, including it in its cybersecurity system and offering up to 50,000 jobs zlotys for relocation.

This is an excellent example for other Polish companies that should interact with Ukrainian entities and invest in them as soon as possible, ”pointed out the president of the Warsaw Stock Exchange.

Many Polish firms are by the way already helping Ukraine in many ways.

“3000 plus”: get money to cover some energy expenses in Poland