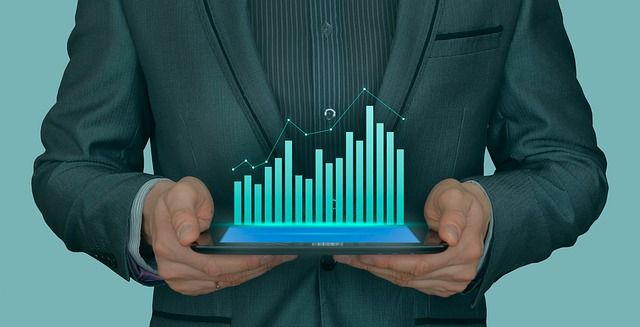 The Polish bank, Bank Pekao has lowered its GDP growth forecast for Poland for this year due to the impact of the war in Ukraine, which generates a negative demand shock (a decrease in demand for Polish goods in Russia and Ukraine) and a negative supply shock. The peak of inflation will – in their opinion – probably be in May-June at 9.5% y/y.

“The outbreak of the Russian-Ukrainian conflict does not affect the long-term foundations of economic growth in Poland, but it will have an impact on the course of the cycle (a decline in exports to the CEE countries in the first step, and then also to the EU affected by the energy shock).

This somewhat mitigates the increase in spending in connection with helping Ukraine and Ukrainian refugees. We are lowering the growth forecast for this year to 3.1%, “says the report of Bank Pekao,” Macrocompass 2022.03: The war in Ukraine will deepen stagflation tendencies.”

According to economists, the increase in prices resulting from the limitation of supply will apply to both energy and agricultural raw materials, as well as goods and components produced in Russia and Ukraine “plugged into European supply chains”.

“This means that the amplitude of GDP fluctuations this year will be even greater than we expected earlier. Therefore, we decided to lower the GDP forecast for this year from 4% to 3.1%. In the medium term, it is probable that investment and defence expenditure will increase. The likelihood of KPO unblocking is also increasing, ”the report reads.

Economists point out that the rise in inflation as a result of the war will occur “especially in non-base terms.”

“Average annual inflation will increase by approx. 1.5 percentage points. to 8.4% with a May-June peak of 9.5%, the bank said.

The ongoing depreciation of the zloty will increase the prices of imported goods.

“If not for the shield, inflation in February would be close to 10% y/y. In February’s inflation we will not see the economic effects of Russia’s invasion of Ukraine yet, ”the report indicated.

According to the bank’s economists, the Monetary Policy Council (MPC) will raise interest rates by 50 bp in March.

“The MPC will raise interest rates by 50 bp and will show the inflation projection with a much higher CPI path. It will also repeat the preference for the strong zloty. However, the risks to economic growth mean that in the next steps of the Council there may appear caution and the willingness to move to a smaller scale rate hike “- we read further.

As economists estimate, in conditions when EUR / PLN is “at the new long-term highs”, it is difficult to expect a return to “normal” levels without unlocking the National Reconstruction Plan (KPO) and de-escalation in Ukraine.

“The Russian-Ukrainian conflict caused numerous returns of Ukrainian workers, reducing the domestic labour supply (for a period that is difficult to estimate).

Nevertheless, the Polish labour market remains ‘warm’. The average annual wage growth in 2022 will be double-digit, and the unemployment rate will drop to a record low of 4.9% at the end of the year, ”summarised the report.

This is not the end of mortgage rates hikes: can be...

20/04/2022 0
Poles must prepare for even higher interest mortgage rates than could have been expected a few weeks ago.  The previous increases in interest rates and...
Go to mobile version