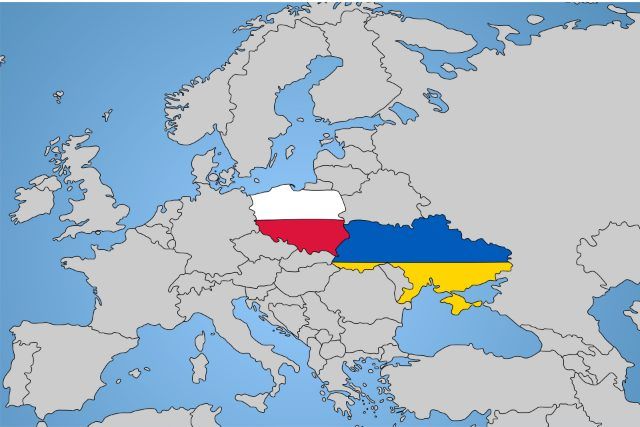 The first main concern was of course the fear for the safety of employees. “There was an attack on the military airport in Lutsk, near our plant.

Therefore, in order not to endanger our employees, the plant was closed on Thursday. “says Bogdan Łukasik, president of Modern Expo, a producer of store equipment, which employs 2,000 Ukrainians and another 600 people in Belarus.

Production plants have machines worth several million dollars, such a machine park cannot be removed so quickly because of the air traffic is suspended

The crisis in Ukraine has an impact on Poland – some of the 2486 companies are moving to Poland, but the fate of Polish exporters is also worrying, especially when banks do not operate.

Relocations to Poland have been carried out by IT business since the beginning of the year, especially those companies that work for foreign clients, including Americans.

Since July last year, the Polish Investment and Trade Agency even ran a program of attracting employees and companies from Ukraine as part of the Poland Business Harbour program.

As Marcin Graczyk, PAIH spokesman, informed before the invasion, initially the program was mainly interested in individual specialists, but recently Ukrainian companies have started to apply for the relocation of some businesses and employees to Poland.

“We provide services to four Ukrainian companies under the Poland.+ Business Harbor program In the last three months, we issued 158 visa recommendations for employees of Ukrainian IT companies and their families,of which the vast majority (125) in February”  said Graczyk.

There are even large Polish companies operating in Ukraine, including those listed on the stock exchange: Wawel, Wielton, PKO BP (which bought a block of Kredobank shares there), production plants are run by Cersanit, Barlinek, Śnieżka, cars are sold by Inter Cars.

Until Thursday, February 24, 2022 the economic relations between Poland and Ukraine were developing as well as never before, according to the Central Statistical Office, last year Polish exports to this market amounted to a record 28.9 billion PLN and imports 19.4 billion PLN.

There are as mentioned  2486 Polish companies in Ukraine, including 459 with purely Polish capital, informs Cezary Koprowicz based on the InfoCredit and Bureau van Dijk databases. Data on financial turnover and employment are, unfortunately, partial due to the fact that not all companies are required to report.

And so, the turnover of 1,316 companies from this group reaches 1.6 billion euros, they employ at least 28.5 thousand people. people.

But the most important is the lives of the Ukrainian people! May there be peace as fast as possible.

Air traffic conflict in Poland – Primeminister: we have a backup...

24/04/2022 0
The air traffic conflict in Poland is still going on but the Polish Primeminister assures that they have a backup plan. "I am counting on...
Go to mobile version