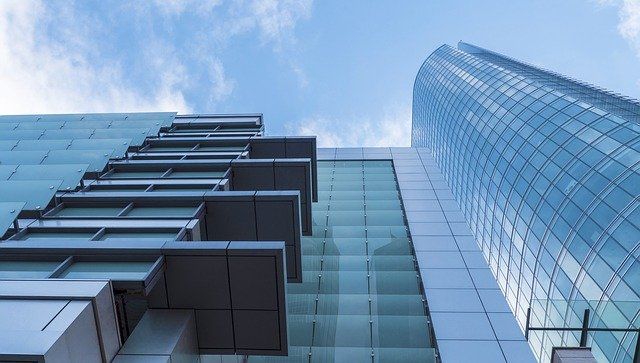 According to the estimates of the Polish Chamber of Commercial Real Estate (PINK), in 2021 gross demand for office space in Warsaw reached 647,000 M2, of which over 250000 M2 was in the fourth quarter.

This is a few percent more than in 2020, when the pandemic hit, but still over a quarter less than in the record-breaking 2019. Developers delivered 325 thousand M2 of office space, thus increasing the resources to 6.15 million M2 at the end of 2021; the vacancy rate reached 12.7%. – by 2.8 percentage points more year on year

When it comes to the transaction market in 2021, investors bought office buildings for around 1.7 billion Euro, which takes us back a few years (in the record-breaking 2019 it was 3.9 billion Euro).

What do experts expect in the third year following the pandemic in terms of supply, demand and also the investment market?

There will be a office supply gap in Warsaw

“Despite the question marks that have arisen on the office market as a result of the pandemic, nearly two years after the first restrictions were introduced, we can see that offices remain an important element of business activity for tenants and are still in the orbit of investors’ interests” says Daniel Czarnecki, director of the office space department (landlord representation) in Savills.

He continues “With the popularisation of remote work and the development of the flexible office space market, the preferences of tenants have changed. They more often combine traditional rental with securing part of the space with flex operators.

Some companies have decided to redesign their offices, creating spaces for collaboration and creative work. More rooms are also needed, not only for live meetings, but also for participation in videoconferences, the number of which does not decrease even after some employees return to the offices.

Desks in the hotdesk model are used more often, as they allow the use of the same workstations by different people. In combination with hybrid work, e.g. in the three-day on-site system, two remotely, this allows companies to optimise the space used” he adds.

The expert points out that although last year was splendid for the largest market in Poland and that is Warsaw. “In terms of supply, the future is not bright. Nearly 325000 M2 was completed last year by developers in Warsaw, which is the second highest result after the record-breaking 2016.

However, the space under construction is currently the lowest in a decade (approximately 308,000 M2 – ed.). As a consequence, in view of the gradual filling of projects initiated before the pandemic, we are slowly starting to observe the first symptoms of the supply gap.” Czarnecki points out.

Jan Szulborski, senior consultant at Cushman & Wakefield, points out that the rental market saw a recovery in 2021, and at the same time a significant reduction in the number of new projects started in the last 12 months was visible.

He says “the total tenant activity in 2021 in the nine largest office markets was 1.2 million M2 and was 5 percent higher than in 2020. Nevertheless, transaction activity is still below the average from the years before the outbreak of the pandemic”, says Szulborski.

He continues, “the increase in demand was visible from mid-2021 and is related to the gradual economic recovery and the increasing predictability of the functioning of companies during the pandemic.

The continuing uncertainty as to the further course of the pandemic and the popularisation of a hybrid work model influence tenants’ decisions regarding the use of office space. Its use is constantly modified and optimised.

Nevertheless, according to preliminary estimates, the demand for office space in 2022 will continue the gradual upward trend that started in the second half of 2021. The forecasts. As for the transaction market, in the coming quarters, we can expect growing interest in real estate characterised by high stability and predictability of revenues.” says Szulborski.

Cavatina Holding wants to take advantage of the potential gap. The developer is in the process of public offering of bonds worth up to 50 million PLN.

There are 11 office buildings under construction, most of which will be delivered this and next year. There are seven more in preparation, most of them to be launched this year.

“We currently assess the situation on the office market as good, which is due to several factors. Firstly, the tenants’ decision-making has been unblocked: they have already defined their work model and are looking for new offices to fit this model.

Earlier, there was talk of possible reductions in rented space or mass subletting, which did not come true. From conversations with our clients, mainly Western companies and corporations, it appears that the office is still an important element of politics, an important HR tool, and above all a place and way to socialise teams and creative work.

Hence, our assessment is good and we expect growing dynamics in terms of lease agreements that can be concluded this year – says Rafał Malarz, who is the CEO of Cavatina.

In other words it still looks quite bright for the future of the real estate market, when it comes to the office market in Poland.

Converting Polish offices into apartments. Another government idea to increase the...

03/08/2022 0
There are too few flats on the market, so the government wants to enable the conversion of commercial and service space into residential real...
Go to mobile version