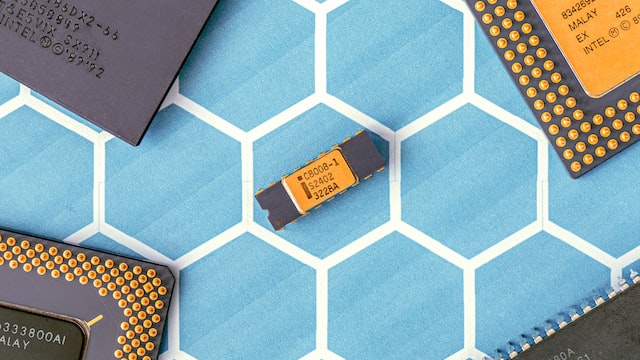 The shortage of semiconductors was painfully felt not only by automotive giants, but also suppliers of electronics and household appliances. Currently, sellers admit that some products are cheaper. Semiconductor manufacturers, in response to the huge demand, announced record investments. Now, however, they want to limit them, because forecasts say that there will be a surplus of components on the market.

No lack of semiconductors

The semiconductor crisis has eased, and manufacturers using parts are no longer experiencing such losses as before. Large companies dealing with electronics and household appliances are already talking about the improvement of the situation. The restored deliveries were reported, among others, by Swiss ABB or Nokia. “Step by step, we are returning to a more standardised supply environment,” said Electrolux CEO Jonas Samuelson, quoted by Reuters.

Also in Poland, electronics sellers at Christmas warned that stores could be empty due to the shortage of components. The representatives of the household appliances industry also complained about deficits forcing the reduction of production.

Now Polish companies admit that there is no trace of the supply crisis . Although the re-presence of some of the assortment may also be associated with a decline in the bitcoin rate . – From our point of view, the phenomenon of shortage of electronic equipment does not actually exist at the moment. Even the problem with the graphics cards is gone. For the last two years, there were practically no schedules, and when they appeared, they were caught by cryptocurrency miners. Currently, the availability of graphics cards is wide, and their prices have dropped so much that we can talk about “normal” here . We would probably wish for a little more availability of game consoles but here we cannot talk about total shortages on the market – admits Kamil Szwarbuła, press spokesman for X-kom.

“Currently, our suppliers do not have such big problems with the availability of components as they did a few months ago” – also indicates the T-Mobile press office in the reply sent to us.

This is good news for recipients, but not necessarily for producers who are afraid of falling production. Analysts expect that the market will move almost straight from deficits to… overproduction of components. They indicate that due to the global economic slowdown, the demand for parts, which were recently desirable, will begin to decline.

Analyst firm Gartner has cut its original industry revenue growth forecast to just 7.4 percent in 2022. This is not much, considering that component manufacturers achieved 26.3 percent revenue in 2021. higher than the year before.

Specialists also predict that the industry will enter a crisis as early as next year. Revenues in 2023 should fall by 2.5%. to $ 623 billion At the same time, the industry will continue to be strongly stimulated – incl. the US government’s domestic production support program of $ 52 billion.

There have been great investments, there will be great cuts

Faced with shortages and enormous demand, the world’s largest companies in the industry competed in ambitious investment plans. Intel is realising a $ 17 billion worth of investment in a factory in Germany . Taiwanese TSMC planned to spend $ 44 billion in the current year. for the maintenance and expansion of production capacity. Samsung, on the other hand, planned to spend $ 38 billion to build six new plants in Japan by the end of the decade.

The current situation complicates these plans. Some giants perform weaker results than expected. At the end of July, Intel presented quarterly results that were far from the economists’ forecasts. Earnings per share were 29 cents, less than half what analysts expected (69 cents). Revenues, on the other hand, amounted to $ 15.3 billion, while the expected $ 17.94 billion.

Chinese manufacturer SMIC also confirmed that “demand from smartphones and other consumer electronics manufacturers has declined and some orders have been stopped altogether.”

And although the Taiwanese TSMC continues to achieve record results ($ 18.16bn, i.e. an increase of 43.5%  /y), it also emphasised that part of the planned expenses will be moved to next year and is carefully monitoring customer demand. Bloomberg also described that the South Korean giants Samsung Electronics and SK Hynix signalled plans to reduce capital expenditure .

Opportunity for the automotive industry

The possible overproduction of semiconductors is very good news for the automotive industry, which still has huge problems with their lack .

It is estimated that up to 13 million cars less than planned have been produced globally since the beginning of 2021 due to the shortage of chips. At the same time, according to the consulting company AlixPartners, the shortage cost the global automotive industry about $ 210 billion. lost revenue in 2021

Now, while orders are still lagging behind, chances are that customers will wait less. – In fact, we notice that the chip situation is starting to improve. Some sellers already signal that orders can be fulfilled noticeably faster than a year or even six months ago. And there are many indications that the industry is normalising in this respect, although it is still not completely normal, says Jakub Faryś, president of the Polish Automotive Industry Association.

However, he adds that in this case there is no reason to count on price drops. – Normal chip deliveries could lead to a slowdown in prices, provided that raw material prices fall. However, this is not likely to happen. There are also high logistics costs and the need for huge investments in green drives – he says.

Poland and Ukraine have agreed to have a space alliance

31/05/2022 0
The space agencies of Poland (POLSA) and Ukraine (SSAU) have signed an agreement on the development of joint projects - incl. related to the...
Go to mobile version