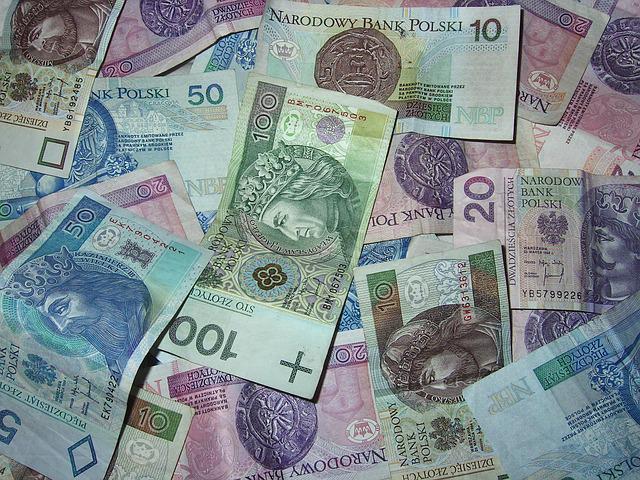 The fight against inflation and the so-called anti-inflation program will cost the public finances at least PLN 47.6 billion this year, according to the calculations of the Ministry of Finance, which the economy has received. Freezing tariffs and additives to more expensive fuels will cost the most.

The calculations we present are the minimum plan. They assume that the anti-inflationary shield will be in force only until the end of October (declarations have already been made to extend it until the end of the year) and only include the carbon allowance without any other subsidies. They also do not include any calculations of the potential freezing of heat tariffs. There are only the effects of the so-called price equalisation for gas sellers.

The longest-lasting solution introduced by the government in response to price increases is the reduction of VAT and excise duty rates on certain goods. From February 1, VAT on fuels amounts to 8%, in the case of gas it is 0%. The zero rate also applies to electricity, system heat and fertilisers. And – perhaps most importantly – when selling food.

When the government presented its idea, it assumed that it was zero VAT on food that would reduce budget income the most.

At the same time, the government made a few cuts in excise duty. For example, for fuels, it fell to the lowest level permitted by the EU. Electricity is also subject to lower excise duties.

According to the calculations of the Ministry of Finance, the cost of the shield is in billions of zlotys. And this is the shield in the current version, i.e. the one in which the tax cut is effective only until the end of October. And it is already known that political decisions have been made to extend it until the end of 2022. This was announced by Prime Minister Mateusz Morawiecki .

– The estimated effects of the regulations in force until October 31 this year are approx. PLN 19.6 billion of lower budget revenues from VAT in 2022. However, the estimated loss of budget revenues from excise duty for the period January – October 2022 resulting from the regulations introduced is approx. PLN 2.4 billion – reports the Ministry of Finance.

However, indirect tax cuts are only part of the government’s attempt to mitigate the effects of price increases. Another is the freezing of gas tariffs for individual consumers and public utility institutions. The point is that the gas prices paid by households and some institutions today are lower than the market prices.

However, maintaining such prices artificially could lead to serious problems for gas sellers, especially the state-owned Polish Oil and Gas Industry. Thus, a price subsidy mechanism was invented, which is financed from public funds.

As the Ministry of Finance calculates, the state intends to allocate up to PLN 9.4 billion to it.

– Funds for this purpose come from the sale of some greenhouse gas emission allowances and their transfer is a loss of state budget revenues – the ministry says.

Other activities include the payment of protection allowances for the poorest households. They are available until the end of the year, and their amount depends on the number of people in the household. And it ranges from PLN 400 for a single-person household to PLN 1150 for a family of at least six people.

According to Deputy Finance Minister Artur Soboń, 6.8 million people have used it so far.

– We have secured PLN 4.7 billion in the state budget for financial support for households, including the poorest in terms of energy, to cover part of the costs of energy purchases and the related rising costs of food purchases – states the Ministry of Finance.

The next big expense is the payment of the carbon allowance. The act, which introduces a one-off benefit of PLN 3,000 for all those who heat their homes with coal, has already been passed by parliament.

– PLN 11.5 billion was allocated for this form of support, including the surplus of the profit of the National Bank of Poland (PLN 9.6 billion), which would constitute the income of the state budget. It will provide support to citizens who heat their houses with coal and are burdened with the rising prices of this raw material as a result of the war in Ukraine, according to the Ministry of Finance.

And these are very conservative calculations. They do not yet take into account the extension of this form of aid to other heat sources: LPG, pellets or wood. The Ministry of Climate and Environment is working on this.

Who will finance it all?

Where will the government get the money for all this? First of all, its revenues from indirect taxes in the budget will drop. This is how the anti-infection shield works. The reduction in VAT rates explains why the revenues from this tax are more or less in line with the plan, although the inflation is much higher than assumed when writing the budget act.

At the end of June, the tax office collected PLN 110.8 billion from VAT. And it is only 46.7 percent plan for the whole year.

The second substantial source will be revenues from the sale of CO2 emission allowances. As you know, Poland sells allowances at auctions. A year ago, it collected over PLN 24 billion from this. This year the plans are more modest, but also considerable: the EU ETS auctions, so criticised by the government, are to provide PLN 8.3 billion. So far, PLN 5 billion has been collected.

What exactly is this money going to? For subsidies to prices for gas companies, mainly PGNiG. They are paid directly by the Price Difference Payment Fund. In the first quarter, the fund raised PLN 1.7 billion, which Poland obtained at auctions.

Let us remind you that – as a rule – the revenues from the auctions are to be used at least in half for climate goals.

The next source is the Covid-19 Countermeasure Fund (FPC). It is a special financial vehicle created at the beginning of a pandemic to give the government greater flexibility in financing the fight against it. While the epidemic has been lifted, the fund continues to operate smoothly. In the first half of the year, he financed expenses in the amount of over PLN 19.2 billion.

A covid fund is a handy tool. It is not classified as public finance, so the debt that Bank Gospodarstwa Krajowego incurs on its behalf does not increase the State Public Debt (PDP). Thus, you can indebted the covid fund without fear that the constitutional limit for PDP will be breached.

The government has further plans for the fund. For example, it is to contribute to the Price Difference Payment Fund. And in the future, be a bridge for financing the carbon allowance from the NBP profits.

There is only one “but”. The government has so far benefited from the cash-flow of the fund from the sale of bonds at near-zero interest rates. At the beginning of the year, it had PLN 20.35 billion. However, the expenses that he finances on an ongoing basis caused the cash to run out. At the end of June, the fund’s balance was PLN 2.43bn.

Credit holidays are not for all Poles. Government will tighten the...

19/05/2022 0
The Polish government changed the idea of ​​helping borrowers and significantly tightened the rules for granting credit holidays. People who made a way of...
Go to mobile version