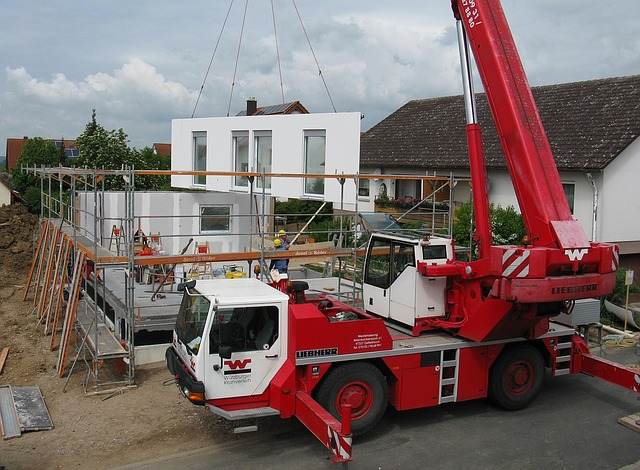 The government wants to extend the simplified procedure of erecting single-family houses to all buildings, regardless of size. It’s dangerous, experts say.

From the beginning of the year, anyone who has a building plot can build a house on it, in a simplified procedure, up to 70 sq m. Completely without a building permit. However, as recently announced by the head of the Ministry of Development and Technology, Waldemar Buda, the government wants to give up the need to obtain a building permit from 2023 at all. No matter how big the house you want to build. According to Deputy Minister Piotr Uściński, the amendment to the existing law strengthens the role of the designer and construction manager.

Having the author’s supervision over the project that he has prepared himself, the designer will also take responsibility for it – greater than today. The investor will not have to be familiar with construction procedures, because professional assistance in carrying out all formalities and collecting permits and documentation will be provided by the designer.

Otherwise, such construction will be considered lawful construction. Does this mean that the office (today the starosty) will not carry out any verification of the project? – thinks the construction manager and supervision inspector Przemysław Sobota.

– Not so fast – says engineer Przemysław Sobota. – In the current regulations, the role of the manager is limited to construction in accordance with the design, building permit and construction law regulations. Additional responsibilities will increase the cost of the surveillance service, he reminds.

It is important for the ministry to shorten the procedures. You will not have to wait 65 days for a construction decision, and another few months for development conditions. The investor and his architect will receive a WZ, which will take them 21 days, and will have an application instead of a construction decision. And the next day construction can begin.

– While the time needed to obtain a building permit will be shortened, the lack of an arbitrary decision of the office will result in time-consuming interpretation disputes between the investor – designer, investor – construction manager – says Ing. Saturday.

According to the letter of the law

As counsel Dorota Dymyt-Holko reminds, independent technical functions in construction, defined in sec. 1 points 1-5, may be performed only by persons with appropriate technical education and professional practice, adapted to the type and complexity of the investment.

– Shifting the entire responsibility onto the designers and the construction manager may lead to a situation in which a building is constructed that does not comply with the local spatial development plan – says attorney Dmyt-Holko. Therefore, according to the expert, it is a mistake to leave all responsibility with “technical” people.

So where did the idea for the new assignment of responsibility for the construction process come from? In the department of development, we hear that the clerk in the starosty office will not take over the responsibility for the correctness of the design, because the designer is much more competent than the clerk. Architect Paweł Wołejszo admits that offices often create barriers and are too conservative.

– But on the other hand, they do the so-called double check with local law, which is invaluable for the correctness of the construction process. Architects are also people and sometimes they make mistakes. If the changes go in the direction announced, no one will notice the error until the construction stage. As our expert says, at the initial stage, a bad design means a waste of time for corrections, but during construction, the costs and time spent on fixing errors can be incomparably higher – sums up the architect.

The demand for mortgages in Poland may drop by as much...

09/05/2022 0
High interest rates may effectively discourage Poles from taking mortgages. The creditworthiness of the average Kowalski has dropped by more than a half since...
Go to mobile version