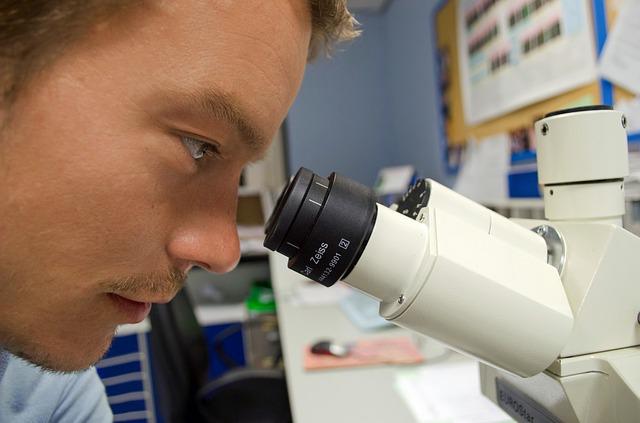 Polish scientists are working with Gallium nitride (GaN) is a synthetic material that is a much better semiconductor than the currently widely used silicon. It has already revolutionized lighting – today it can be found in most LED bulbs – and allowed for the miniaturization of e.g. smartphone chargers or laptop power adapters. According to scientists, the scale of its applications will, however, be much wider.

“In the future, gallium nitride will be widely used, among others in electric cars and charging stations or in base stations of the latest generation cellular networks”, says Kamila Ćwik from the Institute of Microelectronics and Photonics, which is part of the Łukasiewicz Research Network.

“At our institute, we work with gallium nitride because it has better electrical parameters than silicon. Gallium nitride devices can be smaller, heat up less, and thus consume less electricity” , says  M.Sc. Jarosław Tarenko from the Institute of Microelectronics and Photonics.

Gallium nitride, or GaN, is a chemical compound of nitrogen and gallium that does not occur naturally in nature. It is produced artificially in laboratories. It is also a semiconductor material with interesting physical properties, which mean that in many applications it can replace silicon – the most commonly used semiconductor.

“Gallium nitride is not the future, it is the present. We often do not realize that most of the devices in our homes are based on GaN” , says Kamila Ćwik, a junior specialist at the Institute of Microelectronics and Photonics. “This chemical compound revolutionized lighting, for which Japanese scientists were awarded the Nobel Prize in physics in 2014.

Most LED bulbs today are made of light emitting diodes of gallium nitride. The applications of this element are not limited to these, however. Gallium nitride transistors are already used in high-speed chargers for mobile phones. Perhaps someone also noticed that the latest laptop power supplies are much smaller. This is also due to gallium nitride.

Warsaw institute working on many types of electronic devices

The Warsaw institute is currently developing many types of electronic devices based on gallium nitride. These are diodes and transistors, e.g. for power supplies, chargers or energy banks, as well as transistors for military applications, e.g. various types of radars.

“We are also working on detectors and sources of ultraviolet radiation”,  emphasizes Dr. Andrzej Taube, leader in the field of GaN-based instruments at Łukasiewicz – Institute of Microelectronics and Photonics. –  What is our job exactly? Well, we design devices to meet specific requirements, e.g. we define the shape and size of electrodes. Then we make such an instrument in a high-purity laboratory, and the technological process itself may include over 100 different operations.

We can perform the entire process in Łukasiewicz laboratories – IMiF. Next, this manufactured device is tested to check if it works as it should, and then it can be handed over to the final recipient. At this stage, we often cooperate with Polish and foreign companies.

In Łukasiewicz – IMiF, many projects related to gallium nitride are carried out. One of them is, among others the EnerGaN project, co-financed by the National Center for Research and Development, which concerns the development of new types of devices based on this chemical compound. These are, for example, vertical transistors, intended for use in smart energy banks.

“Thanks to the use of our devices, intelligent energy banks can be smaller, more effective, and most of all they can be more reliable compared to other solutions” says Andrzej Taube.

“Gallium nitride will be widely used in a wide variety of devices in the future, including in electric cars and charging stations, in base stations of the latest generation cellular networks or in miniature projectors”, lists Kamila Ćwik.

The Łukasiewicz Research Network is the third largest research network in Europe. It provides attractive, complete and competitive technological solutions. It offers business a unique system of “throwing challenges”, thanks to which a group of 4,500 scientists accept a business challenge in no more than 15 working days and propose an entrepreneur to develop an effective implementation solution.

Poland and Ukraine have agreed to have a space alliance

31/05/2022 0
The space agencies of Poland (POLSA) and Ukraine (SSAU) have signed an agreement on the development of joint projects - incl. related to the...
Go to mobile version