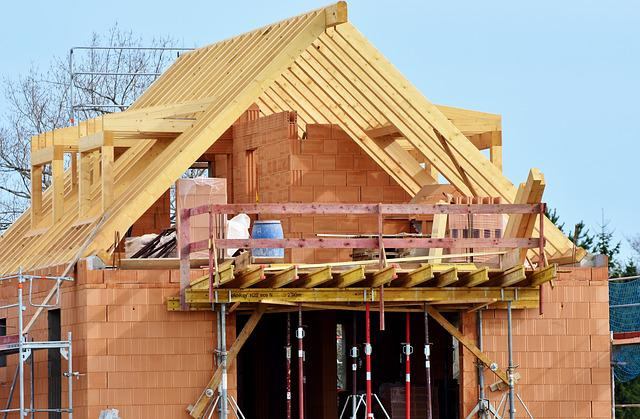 Poles are more often selling their dream homes. State-of-the-art, in good locations, carefully designed. There are more and more offers for the sale of unfinished single-family houses on the market. They are offered in a closed or open shell, often without real estate agencies.

On advertising portals, advertisements for the sale of real gems in the shell are multiplying

Reasons why they are selling homes

One of the reasons for the surge of offers for unfinished houses may be the current market situation: inflation, rising prices of building materials, more expensive loans. The real construction costs are often radically different from the initially assumed cost estimates

The situation related to COVID-19 has also changed. Many Poles had to return to work in offices, living in a house outside the city is no longer as attractive as it seemed in the first months of the pandemic.

Why do people sell unfinished houses , often perfectly designed, in great locations and with an idea for a finish, clearly planned “for themselves”?

There can be many reasons – ranging from changing life plans, through deteriorating financial situations – to resignation from investment due to the situation on the construction market.

Galloping increases in the prices of materials, difficulties in finding contractors for the next stages of construction, more expensive loans do not encourage you to spend time, money and energy on building your dream house.

“Pearls” in the raw state

Among over 3000 unfinished houses currently displayed on one of the advertising portals we can find, among others, a residence near Warsaw, with an area of ​​over 1000. sq m, in a closed shell, worth nearly 12 million PLN , in which no one has ever lived. According to the advertiser, the residence was designed with great panache by outstanding architects.

Another “gem” in the open shell is a state-of-the-art house in Warsaw, over 50% glazed, overlooking the park, a garage for three cars and a planned 90-metre terrace on the roof. Such pleasure may cost the buyer over 4.5 million PLN .

100 m from the beach, over 350 sq m of space, unfinished building open, but the house was built at the end of the last century. This property in the Tri-City was built on the model of Art Nouveau buildings from the 1930s.

Although the increase in this type of offers is not spectacular, there are clearly more and more of them. Tomasz Narkun, an analyst of the real estate market, draws attention to this on Twitter.

There have always been such offers on the real estate market, but their number and structure began to change. In the first quarter of 2022, 2.1 thousand people were active on the OtoDom portal. offers of single-family, detached houses with the status of “shell closed / open”, not in the developers’ offer. It’s about 12 percent. more than a quarter earlier, although on the other hand – the same as in the first quarter of 2021.

“However, if we pay attention to who issues such ads, the picture looks a bit different”, -says Karolina Klimaszewska, an OtoDom expert.

“Two-thirds of the listings in 2022 were published by real estate agencies and one-third by private users. Here we see a clear change. The last time so many ads from the latter were active was in mid-2019.

Although the number of such advertisements is generally not high – it accounts for 5.7% of all newly added house offers for sale among private users in the first quarter of 2022 – this is, however, numerically the largest number of new unfinished advertisements in three years” adds the expert.

Building houses is getting more and more expensive.

The construction enthusiasm of Poles is clearly cooling down. According to data from the Central Statistical Office of Poland, 6.500 building permits. It is nearly 21 percent less than a year earlier.

There are also fewer investments underway, Poles started the construction of 4.3 thousand square metres in January 2022. houses – by 8.2 percent less than a year earlier. Building a house is becoming more expensive in Poland than ever.

The prices of building materials have been going up since last year. Since autumn, interest rates have also been raised several times, which results in more expensive loans and larger instalments.

The PSB Handel Group data shows that in February 2022 the prices of building materials increased by 27% in general. compared to last year.

The prices of insulation materials rose the most – as much as 72 percent. and OSB boards – 0 54 percent. On the other hand, walls, chimneys, roofs and gutters were 27% more expensive in January 2022. than in the same period last year – according to the analysis of PSB Group experts.

“I meet people who have a dilemma about what to do now . Because they took 250-300000 PLN of a loan to build a house and it turns out that they still lack another 200 thousand. What now? Many people are faced with such decisions today”, said Andrzej Czupak, the owner of a construction company, in an interview with the portal money.pl.

“Let’s assume that the house needs to be insulated, installations replaced. It is known how much the OSB board has become more expensive, the price of copper, i.e. electric cables, is twice as high as six months ago. Lots of small changes are piling up here”  he adds.

“The returns to offices have begun”

According to Karolina Klimaszewska, there is no clear answer to the question of where the offers for unfinished houses come from. Certainly inflation, an increase in interest rates and rising material prices are one of the reasons. But not only that.

“The advertisements include, for example, offers for the sale of houses that were built with one’s own family in mind, with a well-thought-out room layout, usually located in a suburban area, well-connected, but at the same time having an attractive location, e.g. near a forest or with a beautiful view.

Decisions to sell this type of property are often made because life plans have changed. Many people decided to move during the pandemic, looking for a larger apartment for the family, and when working remotely, the location with good access to work was less important.

However, it has become more important to have your own garden and closeness to nature. At that moment, the returns to the offices began, and companies often require 100 percent. presence of employees in the office without the possibility of remote work. This may be the reason for the decision to sell the house outside the city” , emphasises the OtoDom expert.

Prices for flats in Poland are declining. Is it time to buy a flat?

New apartment prices forecast for Poland in 2022 and subsequent years

19/04/2022 0
According to the calculations cited by Credit Agricole, the average annual price growth rate last year was 11.1 percent. This year it is expected...
Go to mobile version