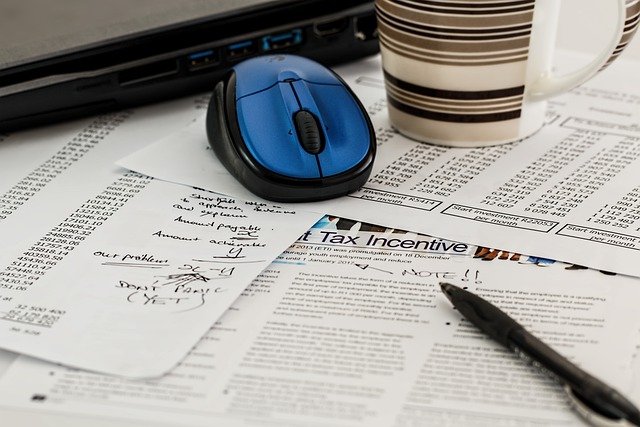 Ms Iwona has lost access to almost all of her money in recent days, but has not fallen victim to fraud. The blockade was made by the tax office, which, without the woman’s knowledge, had x-rayed her account. – I didn’t even get half a letter on this matter – a resentful reader says in an interview

Mrs. Iwona does not hide her anger in a conversation with us. She is furious that she has virtually lost access to her money overnight, although she has done nothing wrong. As she adds, she is afraid of the consequences of the tax office, so she asked for her anonymity.

To get to know her situation, we first need to present a broader context.
The woman and her partner are renting an apartment in Warsaw. The man is a foreigner who came to Poland on a contract. So his employer pays him the cost of accommodation.
– Every month the partner gets money from the company for an apartment – explains Ms Iwona. The funds go to her account in a Polish bank, and then the couple makes a transfer from this account to the owner of the property they are renting.

The tax office did not like this mechanism. – Last week I received a notification that Netflix cannot debit the fee from the account as it is every month – says our interlocutor.
So she entered the account, and there – as she reports – “everything in red”.

– I called the bank, and they told me it was a blockade following the decision of the tax office . So I made a phone call to them, but I heard that they could not provide any information and they invited them to a meeting – Ms Iwona was nervous, as she had no idea about any activities of the tax office.
She only learned that the problem concerns the aforementioned transfers from the partner for the rent for the apartment. The tax office wants to check whether it is a donation, and therefore whether it would be appropriate to pay tax on it.

As Ms Iwona adds, the clerk informed her that the decision on the blockade had been sent to the registered address. – Nothing came to the family home, so I asked for the decision to be sent to the ePUAP mailbox. And I’m still waiting – he says.
The meeting scheduled for Monday, September 26, was cancelled by the office. – They postponed it to me next Friday. I’ve already taken the day off and I’m waiting for my visit. I am curious what I will find out – our reader wonders.

Importantly, the woman still does not have access to her money . – After the intervention at the bank, I only have 2.2 thousand unlocked. PLN, because apparently it is an amount free from seizure. I still can’t use the rest of my money – explains Ms Iwona.

– My partner is shocked. He is in a foreign country and he completely does not understand what happened here. For him it is simply unthinkable, a total abstraction – our interlocutor concludes.

The Ministry of Finance explains

BusinessInsider asked the Ministry of Finance about the reasons that may result in blocking the account. The Ministry lists at least a few of them.
“The blocking of a bank account is possible, for example, pursuant to Article 106a (3) of the Banking Law, i.e. when the Bank finds that its system is used to commit crimes or conceal benefits from crimes. The Bank may then block the account and notify the Public Prosecutor’s Office or the Police or another entity authorised to conduct preparatory proceedings “- the Ministry of Finance informs us.

But it doesn’t stop there. Such a treasury movement is also possible on the basis of the Act on Counteracting Money Laundering and Terrorism Financing. “In this case, the General Inspector of Financial Information or the Public Prosecutor is entitled to block the account, ” reads the ministry’s position.

Thirdly, blocking a bank account is also possible ” as part of preventing the use of the financial sector for fiscal fraud (STIR), regulated in Section IIIB of the Tax Ordinance Act”.
In the position, the Ministry of Finance also emphasises that the situation of Ms Iwona does not necessarily have to be related to the change in regulations from July 2022. We write about them below.

It is about Art. 48 of the Act on KAS. “This provision may not be applied without a justified reason and without connection with the committed acts, which are the subject of the ongoing preparatory proceedings in the case of a person suspected of committing a crime. The application of the above procedure does not involve blocking a bank account” – explains the ministry.

Let me remind you that in July 2022 the regulations that allow for wider access of the tax authorities to the accounts of Poles were changed.
As we revealed in Business Insider Polska last week, the tax office is starting to use these rights and is already looking at the accounts of the first taxpayers.
We waited a long time for the question about the frequency of using extended authorizations sent to KAS, but finally the tax office provided us with specific data.
“In July and August 2022, heads of tax offices sent a total of 33 applications to banks pursuant to Article 48 of the Act on the National Tax Administration ,” we read in a laconic reply.

This means that for two months the tax office screened 33 persons or entities in connection with the ongoing preparatory proceedings. So for now, it is difficult to talk about a massive deal.
Importantly, in such a case, the owner may not even know that the tax office is looking at his bank account.

Thanks to this, the authorities can verify the amounts of receipts and easily determine whether there is significant tax understatement – without the citizen knowing that his accounts are “screened”.

As part of the changes proposed in the act amending the regulations, a provision was adopted stating that each head of the tax office will be able to request information about accounts from banks even at the stage of preparatory proceedings.
Previously, the tax office could also “look” at a citizen’s bank account, but only in the event of initiating a tax audit or in the course of tax proceedings. This is no longer necessary. The preparatory procedure itself is enough.

The changes aroused controversy from the very beginning. And experts pointed out that the amendment may create a significant risk that the data will be used for analytical activities of offices and confirming various alleged irregularities before initiating a tax or customs and fiscal control.

The tax office, however, assured that there would be no abuse. The head of KAS, Bartłomiej Zbaraszczuk, spoke about it in an interview with Business Insider Polska.
– We will be monitoring the use of these provisions by officials and officers. We will make sure that these rules are not abused. They are to help us at work, in detecting tax criminals, and they will not be used without a just cause – he said on the occasion of the entry into force of the regulations.

As he explained, the changes were necessary due to the unification of regulations.
– KAS authorities may conduct two types of proceedings simultaneously and independently: control or tax proceedings of an administrative nature, and preparatory proceedings in a penal fiscal case under criminal procedure.

Therefore, as part of the amendment to the regulations, the catalogue of entities authorised to obtain banking information was extended to include the head of the tax office conducting the preparatory proceedings, who could have obtained such information during an audit or tax proceedings before.

The changed provision cannot be applied without connection with the committed acts which are the subject of the ongoing preparatory proceedings in the case of a person suspected of committing a crime – explained the head of the National Revenue Administration.

19/06/2022 0
Nearly 70 percent of Poles believe that the Polish economy is in a state of crisis, according to a study by Kantar Public. On...
Go to mobile version