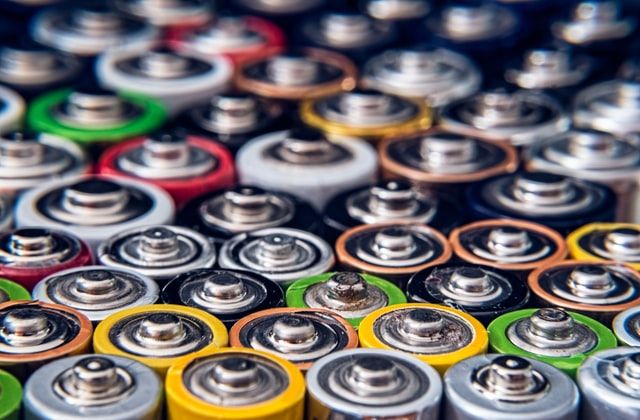 By 2026, the global battery market is expected to reach a value of nearly 174 billion USD. It is driven by, among others, the consumer electronics segment, development of electromobility and the energy storage market.

“Today, however, there are still a few limitations that block us from using batteries “ notes Dr. Eng. Leszek Niedzicki from the Warsaw University of Technology. The unresolved problem is, inter alia, technologies of fast battery charging, their temperature limits, as well as obtaining raw materials for their production.

Therefore, scientists are constantly working on their improvement. A team of Polish researchers from the Warsaw University of Technology has great achievements in this field. a new type of electrolyte.

This is only the second technology of this type in the world and the first in Europe, but it is already used by, among others, several electronics manufacturers.

“Actually, we are already a battery-operated civilization. Almost all new technologies that enter the market are based on them. We use batteries everywhere, e.g. when driving a bus or an electric car, our headphones, mice and laptops are also battery operated.

There are also ideas for trains, there are already the first battery-powered ferries and small electric planes, so this trend will only grow” says Dr. Eng. Leszek Niedzicki, professor at the Faculty of Chemistry of the Warsaw University of Technology.

Batteries are an essential power source for a wide range of energy-intensive electronic devices in consumer and industrial applications. Chemical energy storage is used – without cables and exhaust emissions – by a huge number of devices: from wireless headphones, laptops, through Tesla cars, to the huge Dreamliner or even space probes.

According to the Global Industry Analysts report (“Battery – Global Market Trajectory & Analytics), the value of the global battery market – in 2021, estimated at approximately 105.6 billion USD – will increase significantly in the next few years, reaching 173.7 billion USD.

Already in 2026, with an average annual growth rate of 10.3 percent. Currently, nearly 1/3 of the market share is held by the relatively most popular lithium-ion batteries and, according to analysts, this segment will record the greatest growth (nearly 15 percent annually), to reach a value of 118.4 billion USD in 2027.

MarketsandMarkets also provides similar analyses. They show that the global lithium-ion battery market will grow from just over 41 billion USD in 2021 to USD 116.6 billion USD by the end of this decade.

“There are, however, several limitations that currently block the development or possibilities of using batteries” notes Dr. Eng. Leszek Niedzicki.

As he indicates, the first one is the temperature limitation, as it is assumed that the batteries operate in the range from about -10 to a maximum of 60 ° C. Therefore, their use can be a problem in winter and in some industries and hotter regions of the world.

Congo has almost 70 percent of the cobalt supply

The technologies of fast battery charging and obtaining raw materials for their production still remain an unresolved problem. For example, the Congo is responsible for almost 70 percent of the cobalt supply. Such a high degree of dependency creates both economic and geopolitical risks. It also affects the price.

“This includes cobalt, most of which is mined only in one country in the world and, in addition, quite unstable, because in Congo. On the other hand, we have materials such as graphite, which is supposed to be widely available, but the best quality one comes from countries such as Sri Lanka, China and Australia, and these are distant countries and the mining opportunities are not as great as it would seem”underlines the professor of the Warsaw University of Technology.

There are also problems with the use of batteries, e.g. due to too low energy density, i.e. too little capacity or too little charging capacity. We still can’t use them in some applications, such as electric planes, because these batteries are still too heavy.

A few years ago, all Dreamliner planes were “grounded” precisely because of faulty electricity storage. Similar problems also happened in the case of consumer electronics, as exemplified by the exploding batteries in smartphones a few years ago. Therefore, scientists are constantly working on their improvement.

“Batteries of the future are two currents at the moment and it is difficult to say which will win, because it is a horizon of at least 10 years. The first point is the possibility of using metallic lithium in the cells, which would greatly improve their capacity. However, it will unfortunately take a while.

The possibilities of fast charging with lithium are also limited, and we are not yet beyond the prototype area. However, lithium metal is most likely the future for more capacious cells. So is the use of sulphur. And this is the second element, it is about getting rid of cobalt, nickel and other more expensive metals in favour of relatively cheap or even almost waste sulphur” says Dr. Eng. Leszek Niedzicki.

Another direction is the cells, which are to be as cheap as possible, and probably sodium, possibly with sulphur, possibly with air, or lithium-air cells will serve this purpose. However, it is still uncertain which of these technologies will come into use.

“Our achievements include, first of all, the implementation of the second ever technology of electrolytes for batteries” says the expert of the Faculty of Chemistry of the Warsaw University of Technology.

All other components changed and the electrolyte was unchanged. At the Warsaw University of Technology, we have developed a new electrolyte, using a less toxic material, which makes the cell last longer and age slower. It can also operate at much higher temperatures, up to 90 ° C, without any problems.

This is only the second such technology in the world and the first in Europe. Batteries using this electrolyte are already on the market. Due to trade secrets, I cannot name specific brands, but more expensive smartphone models are already equipped with them.” he says.

28/09/2022 0
Modern payment methods are popular in Poland. 88% of Poles used at least one digital payment method in the last year and 50 percent...
Go to mobile version