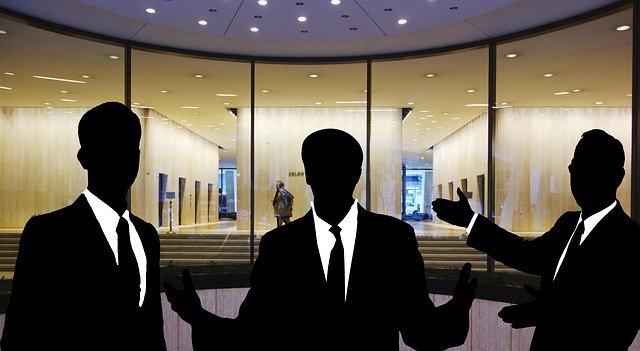 Most job advertisements show at best that the salary is attractive, and that the company has a “motivating bonus system”. Employers in Poland are afraid of announcing salary information in their advertisements. Perhaps an EU directive is needed to force them to do so.

Changes for employers in Poland

On April 5 this year, the European Parliament voted to start negotiations with EU governments on rules on pay disclosure. One of the important changes for employees in Poland and other EU countries will be that the company will be required to provide a salary or at least a salary bracket in the job advertisement.

Today one can get the impression that the salary is a great secret, to which the candidate will be admitted only during the interview – and not necessarily during the first meeting with the recruiter.

Such treatment is complained of by candidates who believe that it is unfair that they must present themselves in great detail in the CV and cover letter, and the employer does not see the need for such honesty. They also rightly point out that knowledge about earnings would save both parties time if it turns out that the expectations of the company and the candidate are completely diverging.

Now the candidates send their CV “blind” and they do not know if they will be interested in the meeting, because in the advertisement they only read about the “pleasant atmosphere of work in a young, dynamic team” and “fruit Thursdays”.

Of course, there are also good examples on the market. Specific (or at least an order of magnitude) is usually found in offers for the IT industry, where employee turnover is the highest and it is necessary to skillfully – and quickly – attract the attention of specialists.

However, this is still an exception. Some pretend that when it comes to salaries, they are transparent and provide ranges, for example, “earnings of 4,000 – 8,000 zlotys.” PLN per month “- that is, it informs you so as not to inform you about anything.

In the draft prepared by the European Commission, there are provisions on adjusting this range to avoid a situation in which the scope is as wide as in the example above.

Salary transparency in an ideal scenario

This is not all news. The draft of this directive also assumes that employees will have the right to access information on the level of average remuneration for a given position. At present, Polish employees cannot request such information, although, of course, the employer may inform about it on his own initiative.

A few months ago, money.pl asked Łukasz Komuda, an expert on the labour market at the Fundacja Inicjatyw Socno-Ekonomicznych, how the transparency of wages should look like in the ideal scenario.

– I would like it to be indicated what the initial level of income would be, because we often talk to the employer at a job interview about a certain perspective, i.e. that now there will be such obligations, in three months it may change a little and in a year there will be something else, and the potential there is a promotion in, say, three years. I would like this minimum point to be the salary at the beginning – He said.

He believes that employers in Poland who conceal this are acting to their disadvantage. – When we change jobs, we want to know how much we will definitely earn in the coming months. We plan our life and home budget, taking into account what income we will achieve. I believe this is important because we have many situations in which the recruitment process ends and the employer is surprised that the candidates he has chosen have resigned.

They just found out at the very end of the recruitment process how much they were going to get paid and slammed the door. It used to be non-existent, but it has emerged for several years and we are wasting too much time and resources as an economy to fill these jobs. Forks could improve this process – he adds.

– Transparency of salaries in job offers may, in the long run, contribute to levelling the disparities between competing companies. It is also worth remembering that the remuneration policy is one of the elements of building the image of the employer.

And in this respect, the transparency of salaries in job advertisements should be approached responsibly – adds Maciej Kabaciński from Quercus Sp. z o. o. in the text published in Interia.

He added that in the normal recruitment procedure, disclosing the salary spread is a good and even desirable solution. The Pracuj.pl report shows that 78 percent of the job applicants perceive better those offers with information on earnings, and 40 percent. expects to find out about the scope of the salary offered before the interview.

The rulers prepare an open and accessible register of the salaries of officials from the state and local government sector. Thus, the earnings of employees in institutions such as the Social Insurance Institution, the National Health Fund, municipal sewage companies and municipal offices would be open to all who want to learn about the earnings in these institutions. The limitation is to be a limit included in the register, assuming that only remuneration in excess of PLN 5,000 will be disclosed.

The Ombudsman, Marcin Wiącek, has more serious reservations about the proposed provisions. The point is to provide, along with the amount of remuneration, the name and surname of each official in the register.

– Although this contributes to the transparency of public spending and ensuring access to public information, it also raises legitimate public concerns about the possibility of violating the right to privacy of employees of the public finance sector – can be read on the website of the Ombudsman’s office.

The Commissioner for Human Rights sent his position on this matter to the Marshal of the Senate, the Council of Ministers and the Ministry of Finance, but has not yet received a response.