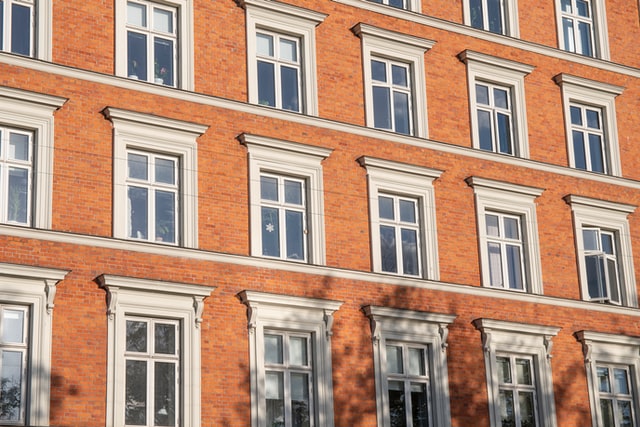 There are signals from all over Poland that Poles are paying more and more rents. There are many examples that prove that you have to pay even twice as much. “Poverty awaits us”, “They come to scare us”, “I don’t know how to live, I don’t know what will happen next”, “I trusted Glapiński”, “The cooperative presidents do not hide that they are terrified” – these are just some in the context of the increases in the local media.

The rents are rising in Poland

Poles have to struggle not only with increases in heating prices. The rents are also rising. Often these issues are related to each other because the rent includes an advance payment for, for example, hot water or heating. Housing cooperatives or communities raise fees for tenants for various reasons. In practice, however, it comes down to one thing. Prices are rising. How much? Here are some examples.

A resident of Polanów, located in the Koszalin poviat, draws attention to a considerable problem. The advance payment for central heating increased by 140 percent there. The price of heating one cubic metre of water has also increased significantly.

“After the last increase, heating the water amounts to PLN 172 per cubic metre. This is probably a Polish record” – writes one of the residents in a letter to Business Insider. He emphasises that before the increase, the cost of heating a cubic metre of water was only PLN 37.

Another example concerns rent. As reported in a letter to the editor, a resident of Opalenica, in January his cooperative raised fees by 20 percent. in May by another 85 percent, including charges for hot water. These increased by up to 500 percent. “I paid 580 zlotys for 45 sq m , and now 1295 zlotys ,” writes the man.

A similar signal comes from Gołdap. And here the biggest impression on the residents of the housing community was made by the increase in the fee for heat. “The price for 1 GJ increased from PLN 68.17 to PLN 172.42.

It is almost 253 percent more” – writes a resident of one of the blocks in a letter sent to the Money editorial office. Effect? Significant increase in rent. “In our block of flats the rent increased by almost 100%. In December last year I paid 480 zlotys, and in August it is already 940 zlotys” – alarms a woman

“Poverty awaits us”, “They come to scare us”

The residents of one of the estates in Mońki will also pay a lot more. It is mainly retirees who have a problem. The local heating plant sent an application to the Energy Regulatory Office for an increase in heating bills. They can increase by PLN 260, which will make rents even PLN 1,000.

– Poor awaits us. The two of us, retired, have two thousand zlotys each. I spend over PLN 500 a month on drugs, because I have a stroke, I have an operated leg, blood pressure, diabetes, my wife spends a lot on drugs. And if we are scared that there will be 300 or 600 zlotys more per month, where to get the money from, how will it survive? – says one of the seniors living in the estate in an interview with TVN24.

A small raise, a big problem

The increases do not have to be dramatic to be frightening. An example is the story of a pensioner from Oława described by Money. Her rent will increase by PLN 100.

– Maybe someone will say that it is a small amount, but for me it is of great importance, the PLN 100 makes a huge difference. It’s just the rent, and where’s the rest? I pay 300 zlotys for the drugs alone, an expense that I cannot deny myself. I do not know how to live, I do not know what will happen next, I think you will have to give up something when shopping for groceries – reports Barbara.

The young also have a problem. “I trusted Glapiński”

Rising rents hurt not only retirees and people on low incomes. Higher fees also affect those who are in a better position.

“I am 24 years old, I trusted Glapiński – I took out a loan for my first, own apartment. Since January loan instalments have gone up by 60 percent – almost PLN 600, additionally the rent is going up 10 percent in a month. Mr. Morawiecki, maybe you can add us, young from bond yields? ” – writes one frustrated borrower on Twitter.

The local weekly reports about them. “The inhabitants of Tarnobrzeg blocks of flats receive more and more rents. The scale of the increases is shocking. The chairmen of the cooperative do not hide that they are terrified, because there are many indications that the spiral is just starting and we should expect even higher bills in the future. And a way to stop this madness. you can not see “- can be read in the material of” Tygodnik Nadwiślański “.

The material is provided with a photo of the postal order. In this case, the amount of the rent exceeds PLN 1,000. There are many signals from the country that such a fee for a 50- or 60-metre apartment is becoming a standard. The costs, however, can also be higher.

“The rent in the amount of PLN 1.500 for one person living on 47 square metres” – writes one of Twitter users.

Jeleniogórska Spółdzielnia Mieszkaniowa is also planning significant increases. So far, bills for heating and hot water will go up by 30%. However, when the government ceases to maintain preferential VAT rates on raw materials, the fees may increase even more, even up to 50%. – informs the website 24jgora.pl.

The Inter-Enterprise Housing Cooperative in Krapkowice is also getting ready for pay rises. – This is the second hike this year. We have serious concerns about how it will affect our tenants, in particular the least affluent pensioners – notes Jolanta Rudnicka.

– We do not want to increase the rent too much, but on the other hand, if the advance payments for heating are underestimated, people will face a high surcharge after the end of the heating season. Especially if the winter is frosty – explains the president of the cooperative Jolanta Rudnicka in an interview with the Nto.pl portal.

The residents of blocks in Legionowo also talk about significantly more expensive rents. Tenants are concerned not by the amount of the raise, but by the fact that it is another one this year. Recently, rents have increased by another PLN 200. “This is not our bad will, but the reality” – explains the representative of the cooperative, which raised rents, in an interview with toiowo.eu.

According to experts, the increases are inevitable. – Miejskie Przedsiębiorstwo Energetyki Cieplnej increases the prices of system heat in order not to lose profitability, which would result in suspended deliveries to customers.

The reason is the increase in coal prices on the EU market, mainly due to the embargo on gas supplies from Russia. And the sharp rise in the price of CO2 emission allowances, which currently stands at € 84. It is worth mentioning that a year ago the price of one ton of emission oscillated below 60 euro.

In this situation, it is not possible to maintain the stability and financial liquidity of MPECs without increasing prices – explains in an interview with Gazeta.pl the representative of the service Simulatorogarbon.pl specialising in the costs of heating premises.

06/05/2022 0
Almost 30 petabytes of data - this is what the National System of e-Invoices (KSeF) will collect within a decade. A solution that from...
Go to mobile version