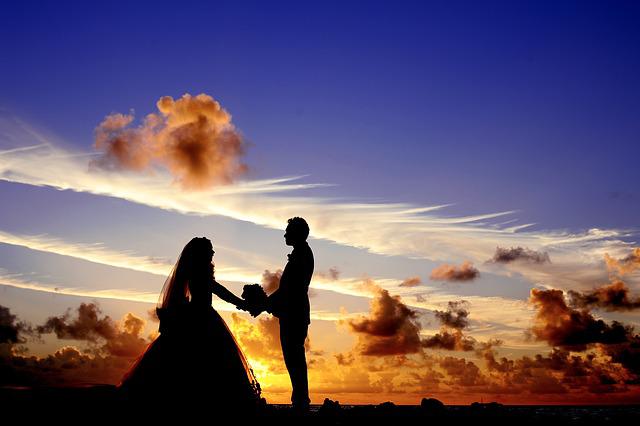 Couples organising weddings have to take into account considerable expenses. The rising prices of electricity, gas and food, along with the wage pressure, are pushing up prices. The price tag has one more effect. Guests massively refuse to participate in the celebrations!

Young couples are surprised by the prices. Monika and Bartosz from a small town in Podkarpacie are getting married at the end of July. They booked the wedding hall two years ago and agreed on a specific rate for the so-called plate.

This was supposed to be PLN 230. However, the owner of the venue where the party is to be held has hedged against rising inflation. – We have a provision in the contract that the rate increases depending on inflation. I remember two years ago we laughed when we signed a contract that maybe it would not increase to 5 percent. We now have 15.6 percent in inflation. – says Monika.

The couple expected an increase in the amount, but hoped for a 10-15 percent increase. A week ago, they found out that they would have to pay PLN 60 more per person – PLN 290 per person instead.

– It is over 26 percent more than we have in the contract and much more than we assumed. With 130 people we invited, it was 7.8000. PLN more at the party. In addition, the rate of after-treatment has increased by PLN 30, for which we will pay PLN 110 per person. The party itself will cost us over 52,000 PLN, and these are not the only costs – notes Monika.

And so she is glad that she signed most of the contracts 1.5 years ago and in them no inflation increase was assumed. The couple will pay 10,000 PLN for the band. Today, if they wanted to sign a contract for next year, the amount would be 2,000 PLN higher. A band wanted 5,000 PLN, when they signed the contract over a year ago. Photographer – 3.5000 PLN.

Plus  alcohol, wedding dress, makeup, church decoration, suit, renting a bus to transport guests. – Today the rates are already 10-20 percent higher than when we signed the contracts over a year ago, so we should actually be happy. But still, when we add up the costs, it approaches 80,000. PLN, – says Monika.

The woman claims that inflation will only be reflected in the costs of organising weddings. – My friend will have a wedding in the same restaurant in a year and her contract signed this year is already for PLN 350 per person plus inflation, no corrections. So we have nothing to complain about – says Monika.

People from big cities can dream about such amounts. There, the amount of PLN 350 per plate has long since been forgotten. Prices start from PLN 500. Photographers or videographers have much higher rates – the minimum is 5,000 PLN and the band for one evening is at least 14,000. zloty.

The prices are booming

The dynamic increase in the prices of weddings has been noticeable since last year. – Inflation, but also the pandemic caused the prices to skyrocket – especially when it comes to buying products, e.g. gastronomy, or those imported from abroad, e.g. flowers, stationery paper.

We can also observe it in sectors strongly related to fuel, such as transport of guests, logistics related to decorations, furniture rental or the arrival of service providers to the place of the party – says Dariusz Zwadowski, press spokesman of the Polish Association of Wedding Consultants.

He is not afraid, however, that the prices will cause the bride and groom to give up weddings. – In Poland, we have a deeply entrenched organisation of such events and if the pandemic has not changed it, inflation will probably not change it either. For many years, we have been observing a trend where the bride and groom emphasise the quality of the party, not the number of invited guests, and the weddings themselves become more personalised. Hence, the bride and groom prefer to spend a little more so that their wedding day looks exactly as planned, says Dariusz Zwadowski.

Thank you, I will not come

Inflation, however, affects not only the increase in the expenses of fiancées. Makes wedding guests refuse to attend the ceremony. Aldona and Maciej invited 150 guests to the ceremony, which will take place at the beginning of August. 80 people said no thank you. – Straight, when inviting us, we heard from some guests that they cannot come due to financial reasons. Many home budgets are plunged by increasing loan instalments. A family that lives in other parts of the country, in turn, pointed to expensive fuel, says Aldona.

In wedding groups, other couples also point to massive guest resignation. One couple was refused by 30 out of 70 invited people, another 60 out of 130. – I invited friends, people from work, whom I had no intention of inviting, but after so many resignations from my family, there was no way out. There must be 80 guests in our room. If not, we pay for “air” – wrote one in a commentary.