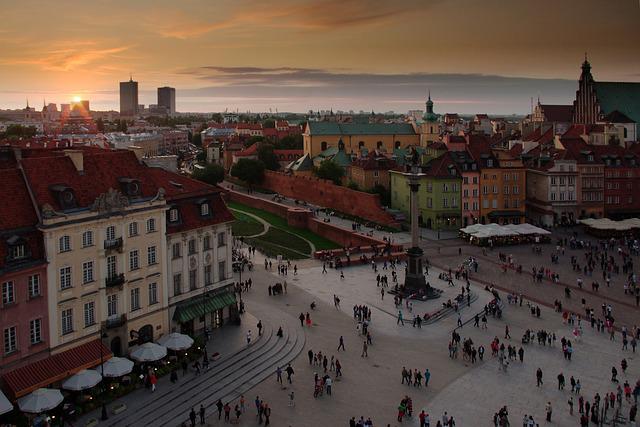 –  The connection of Warsaw and Łódź, planned as part of the CPK transport hub, will cause the capital city to simply absorb the smaller city – notes Dr. Paweł Kłobukowski from the University of Warsaw. As he emphasises, Warsaw is not ready for this in terms of infrastructure and, as a result, may not be able to provide residents with adequate living conditions. –  We already have too many inhabitants in Warsaw, we are slowly reaching the maximum. And here we will have a lot of overheating, too many inhabitants for the current infrastructure. Warsaw will not be able to provide them with adequate living conditions – the expert assesses.

– The construction of the CPK will consume a very large amount of funds. We do not know how much yet – and this is where we should start the conversation about CTH, get to know a few models that predict the real cost of this investment, because the one from 2017 is already out of date – emphasises Dr. Paweł Kłobukowski from the Faculty of Management of the University in an interview.

At the beginning of June, Deputy Minister of Infrastructure Marcin Horała announced that the first works related to the construction of the Central Communication Port are to start next year. CPK is to be ready in 2027 and will become a new hub for the national carrier, i.e. LOT Polish Airlines. In the first stage, it will be able to serve approximately 45 million passengers per year.

The investment, which will be built near Baranów, about 40 km south-west of Warsaw, includes not only the construction of the largest airport in Poland, “Solidarity”, but also a huge transport hub that will integrate air, rail and road transport. It is to enable reaching any place in Poland from STH in the shortest possible time. That’s a total of thousands of kilometres of new roads and rail connections. Thus, the CPK is one of the largest infrastructure and pro-development investments in history.

– The problem of the CPK is basically the lack of a good offer for Warsaw – assesses the expert of the Faculty of Management at the University of Warsaw. – Before the construction of the CPK begins, Warsaw should first be very well connected internally with its agglomeration. We should pull the tracks as wide as possible, optimise access to Warsaw in order to reduce the number of traffic jams in the capital and increase the size of the Warsaw agglomeration itself. Only later should we connect it with the Łódź agglomeration.

According to the concept, the CPK transport hub is to include, among others, A 140 km long section of the high-speed Warsaw-Łódź railway. The company responsible for this investment estimates that by 2050 the number of train journeys on this route will triple compared to 2019.

Drastic example of this in Spain

– If we connect Warsaw with the Łódź agglomeration too early, the capital will simply absorb Łódź – predicts Dr. Paweł Kłobukowski. –  Here the theories related to regional development are quite clear: the stronger always wins. The advantage of Warsaw over Łódź is gigantic. Already at this point, there is a very strong tendency for the capital to absorb Łódź, and the construction of the CPK will only accelerate this. We had a drastic example of this in Spain, where Seville was joined with Madrid.

As it turned out, the main effect of this whole investment was that most people go from Seville to Madrid to work, and more people travel by trains. It did not cause an economic boom, Madrid was the bigger winner. Unfortunately, this will be the case in most cases, because the central region always wins.

The expert notes that Mazovia and the Warsaw agglomeration are already the most developed regions of Poland, which is more competitive than all the others. Another massive investment in this region may exacerbate this stratification.

– Since the 1980s, we have been observing a very strong tendency to strengthen the role of agglomerations. They grow in strength and become such small states. Contrary to appearances, this tendency needs to be balanced. If we don’t, we’ll have two different countries, living on two different business cycles, with completely different salaries. We will have a gigantic income stratification and, as a consequence, break economic ties –  says the researcher from the Faculty of Management at the University of Warsaw.

As he emphasises, the advantage of Warsaw and Mazovia over the rest of the country will naturally increase anyway. What needs to be done is to increase the number of regions that can benefit from cooperation with Mazovia.

– We need to provide better housing conditions outside the central region or expand the agglomeration, which is caused, among others, by investments in human capital. We must try, for example, to move innovative companies to the outskirts of the Warsaw agglomeration, which will cause it to spill over, its ties with the region will be stronger – says Dr. Paweł Kłobukowski.

In his opinion, the investment in STH in its current shape will be pro-growth, but not pro-development, for Warsaw and Mazovia. He emphasises that abandoning investments related to the spread of agglomerations may result in the fact that there will be no more funds for them in the future. The construction of the CPK will consume a huge budget. As a result, Warsaw will be losing the competition for inhabitants and a friendly place to live with other cities, not only in Poland, but also in neighbouring countries, e.g. Berlin.

Chaos at airports will not go away quickly. Here are the...

20/07/2022 1
Kilometres of queues for check-in and nomadic crowds in the airports. And the flights are and will be delayed or cancelled. Such conditions must...
Go to mobile version