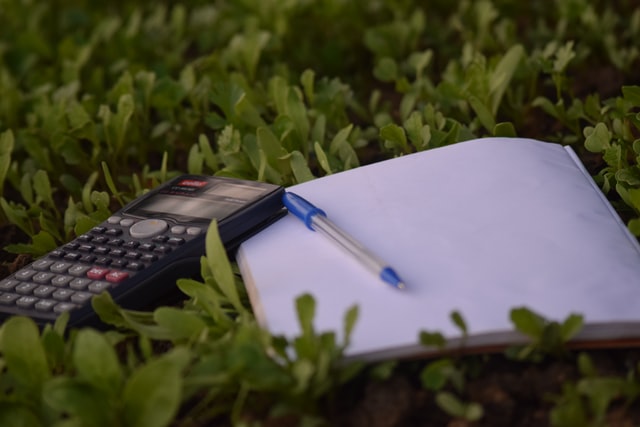 Despite the announced implementation of the National e-Invoice System, which every Polish entrepreneur will probably have to e-invoices from 2024, as much as 66 percent of companies still market hundreds of paper invoices. Only 17 percent. enterprises in Poland use only electronic accounting documents.

The National System of e-Invoices (KSeF) is a free platform created by the Ministry of Finance. From January 1, 2022, the system is used to issue and receive e-invoices by electronic means. For now, the use of the KSeF is optional, but from 2024 every Polish entrepreneur will have to use the government system obligatorily.

The National System of e-Invoices will be obligatory for:

The introduction of the obligation to use the KSEF will entail a key change – from that moment every entrepreneur operating in Poland will have to use a new type of document – the so-called structured invoices (e-invoices).

– The Ministry of Finance announces that from the beginning of 2024, the use of the National System of e-Invoices will be obligatory for everyone – from the self-employed to corporations with thousands of people. Poland will be the fourth country in Europe, after Portugal, Spain and Italy, in which the central invoicing system will be in force. Its implementation brings many benefits, but also challenges – technological and organisational.

Although, according to our study, few Polish companies have started preparations in this area, some of them associate the implementation of the KSeF with the introduction of electronic invoice acceptance circulation – emphasises Łukasz Wróbel, vice president of WEBCON in Krakow, the largest producer of electronic document flow software in Poland.

The latest research conducted by WEBCON shows that every fourth company in Poland issues up to 10 invoices a month, every third – from 11 to 100, 17 percent. – up to 500 and 12 percent more than 500 such documents. Of course, the number of invoices issued depends on the size of the company.

50 percent of micro-companies issue up to 10 invoices per month, while about half of medium and large companies – over 100. The company has prepared the report “Revolution in invoicing: are Polish companies ready for KSeF?” Conclusions – not very optimistic.

44 percent entrepreneurs have never heard of the KSEF. 17 percent Polish companies only issue electronic invoices. 41 percent believe that it is not ready to use the KSEF yet. 35 percent Polish enterprises still generate only paper invoices. But 32 percent of companies believe that the KSeF will facilitate the daily invoicing process. However, 42 percent. considers adapting its procedures and tools to be the greatest challenge.

There are also problems

The invoicing tool is designed to cover all possible cases. However, a form constructed in this way contains as many as 500 fields. Due to such a complicated and extensive structure, the correct filling of the form may initially take users much more time than issuing a traditional invoice.

In the future, the KSEF is to simplify the invoicing process as much as possible. However, it comes with new information, processes and consequences.

Therefore, it is necessary to properly train all involved employees in the new method of invoicing and the tools used in the company for this process. The entry into force of the obligation to use the National System of e-Invoices will be a challenge both for organisations that have not yet implemented the electronic invoicing tool, and for those that already use such systems.

In the first case, of course, companies will have to obtain an appropriate platform, implement it and train their employees to use it, and such a project can be very time-consuming. Organisations that already use e-invoicing tools will need to ensure that their system is integrated with the KSEF. If it is not compatible, they will have to find a “middle ground”, a tool that will connect their financial and accounting system with the government platform.

Only 32% of them use printed invoices. micro-enterprises. But at the same time, the largest number of organisations that have completely abandoned paper are enterprises with between 10 and 49 employees. Paper documents are present in 68 percent. medium, 66 percent. large and 65 percent micro-companies.

The situation is different when it comes to using electronic documents. While at least the third smallest company employing up to 9 employees issues digital invoices (39%), in medium and large companies it is used by every second company (55% of indications each).

Paper invoices dominate in trading and manufacturing companies, among which as much as 75 percent. and 73 percent still use printed documents. The podium is closed by construction, where 69 percent. companies are opting for paper. The same industries that print the most also use electronic document workflow to the greatest extent. This solution is used by 60 percent. manufacturing companies, 55 percent commercial and 45 percent. in the service sector.

4 out of 10 construction companies have also already implemented digital solutions. However, this industry is preparing for the changes announced by the Ministry of Finance, as 17 percent. of the respondents plans to launch electronic document circulation in connection with the planned implementation of the KSEF. For comparison, in trade, only 7 percent. companies have such plans.

The companies from the manufacturing industry stood out with the greatest awareness of the upcoming changes – 65 percent. of the respondents who heard about the KSeF, 49 percent of them know that the KSeF is free and available to all entrepreneurs in Poland, 46 percent. indicated that the system enables the issuing and sharing of e-invoices, and 38 percent. knew that the KSEF introduces a uniform invoice template for all enterprises.

The trade industry knows the least about KSeF – as much as 49 percent. never heard of the system. At the same time, only 32 percent. are aware that the system allows for issuing and receiving e-invoices, and 27 percent indicated that it introduces a requirement for all entrepreneurs to issue only electronic invoices. As much as 37 percent of companies operating in the commercial sector have heard of the system, but know nothing more about it.

The lowest awareness of the features of the National System of e-Invoices is characteristic of micro-enterprises (employing up to 9 employees) – every third such company has only heard about the KSeF, but does not know the details of the upcoming changes.

The manufacturing industry, which has shown the greatest awareness of the upcoming changes, considers a uniform invoice template for all enterprises (40%) and the possibility of a faster VAT refund (39%) to be the greatest advantages of the KSeF. Trade, an industry in which as much as 24 percent. are organisations that issue more than 1,000 invoices a month, estimated that the automation of issuing and sending invoices will be the most beneficial change resulting from the implementation of the KSeF.

The smallest Polish enterprises appreciate the standardised invoice pattern (34%), but less, compared to larger entities, is faster VAT refund – only 26% indicated that this solution would be the most beneficial for them, in the case of medium-sized companies, such responses were already 39 percent, while large – 33 percent.

Bank Pekao’s clients threaten by fraudsters to limit access to their...

05/04/2022 0
Cyber ​​criminals pose as Bank Pekao, they send fake messages with information about the alleged suspicious activity observed on the customer's account. In the...
Go to mobile version