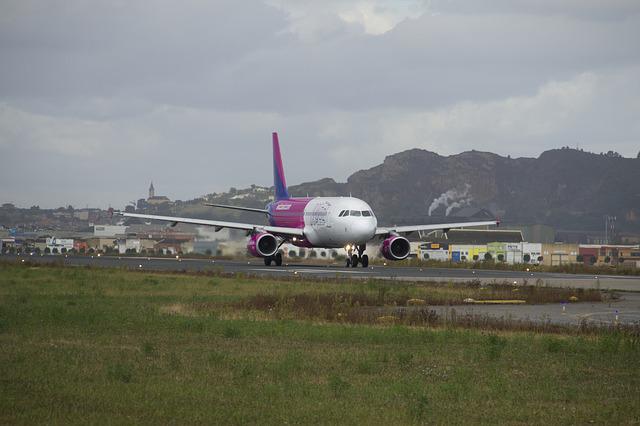 Wizz Air low-cost airlines want to hire about 200 employees from Poland. They are looking for members of the deck crews, but also pilots,  said the manager of the Hungarian carrier, Andras Rado. This is a response to the increased demand for air travel after the pandemic.

Wizz Air wants to hire all over Europe

Hungarian airline Wizz Air is looking for employees all over Europe. People from Poland can count on 200 – which is worth emphasizing – jobs, i.e. employment contracts, preceded by a 6-week training course. Internships are also held in Hungary, where Wizz Air is based.

Recruitment for employees from Poland begins on June 15 in Gdańsk, and next week in Katowice, Krakow, Warsaw and Wrocław.

Ukrainians can also count on recruitment to the line in Poland. There are already over a hundred of them working in the carrier’s ranks.

“The entire aviation industry is struggling with similar issues. We want to hire as many employees as possible”, says Andras Rado, manager of Wizz Air, responsible for hiring cabin crew.

Unfortunately, the hiring process extends the need for many weeks of training before boarding.

Increased recruitment to airlines is not surprising – they are currently carried out by many carriers in the world, recording a sharp increase in interest in air travel. During the pandemic, with airlines massively shutting down flights, cutting costs and schedules, many workers in the sector left their jobs or completely changed the industry.

Now they are needed again – to handle flights on new or reactivated routes. And there are more and more of them: we are facing the first summer in several years without strict transport restrictions in Europe.

“This is the first summer season in a long time without major restrictions – Andras Rado confirms in an interview with journalists. He patiently responds to complaints that ticket prices have gone up a lot this year as well.

Last year, travelers incurred the costs of PCR tests, this year they have to pay extra for tickets. The price of tickets has increased mainly due to fuel prices, but holiday destinations are usually not the cheapest” , he adds.

But Wizz Air also wants to hire employees because of its expansion plans.

The airlines admit that in the coming years the number of European Airbus airplanes used by them will increase to 500, and the number of flights will reach one million per year.

Therefore, by the end of the next decade, Wizz Air wants to hire another 30,000. deck crew members . It’s about 2,000. new employees hired by the Hungarian airline each year.