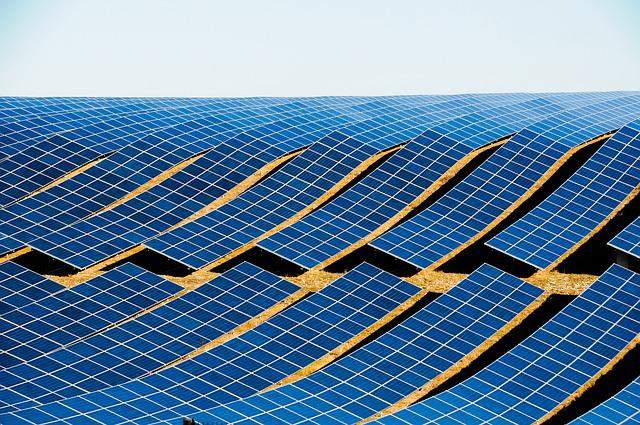 Columbus Energy, listed on NewConnect, announced that it has signed a framework agreement with Google Polska for the implementation of the energy transformation process and scaling up the operations of the capital group companies.

“The contract was concluded on May 11 (today ed). between Columbus Energy and Google Cloud Poland and concerns strategic cooperation in the implementation of the energy transformation process of Columbus customers and scaling the operations of Columbus and Saule” – informs the company in a release.

Columbus share price rose by approx. 2.5%. after 12.30 during the Wednesday session.

The joint activities of the parties are to concern the Google Cloud Poland marketing support in the process of energy transformation of Columbus customers with the use of Saule products. It is also technical and technological cooperation, by providing Columbus with tools and resources in the field of preparation of development strategies and architecture for scaling Columbus operations on selected global markets.

Google is also to provide Saule with tools and resources for the development of PESL (perovskite electronic shelf label) and their mass commercialization, ultimately in all territories where the Google Group offers its cloud products and preparation of both companies (Columbus and Saule) to scale their operations based on the products Google Workspace, Google Cloud and Google Ads. Says the announcement.

In addition, the parties expressed the intention to implement joint activities in the areas of research and development in the field of creating new products for the IoT (Internet of Things) sector, including co-financing of future R&D projects with the possible support of Google Ventures, exchange of information on innovations and experiences in the renewable energy sector. and commercial cooperation in this area.

Support in raising funds for the implementation of the energy and digital transformation process and marketing, including the promotion of the “Green Transformation Charter” developed by the Carbon Footprint Foundation operating at Columbus, the company says.

The agreement specifies framework areas of cooperation, and each of them will be regulated in detail in separate documents. It is valid upon its conclusion for a period of five years.

The concluded agreement is an extension of the cooperation between Saule and Google Cloud Poland started on November 24, 2021 by signing a letter of intent in the field of digital transformation.

Columbus Energy operates in the renewable energy industry (photovoltaics). Saule Technologies is a Polish company developing a new generation of printed perovskite solar cells technology (ultra-thin, transparent photovoltaic cells). Columbus is one of Saul’s shareholders, in 2020 it invested EUR 10 million, acquiring 20 percent. shares. Recently, the energy company announced that it had signed a term-sheet with an American fund that would invest PLN 200 million in it.

Google creates a new team in Poland. After Warsaw and Wrocław it is…

Photovoltaic in Poland has become more profitable than a bank deposit

ULC: Closing for air traffic is not a threat for Poland...

22/04/2022 0
Massive cancellation procedure, which was announced for Poland on Thursday, consists in mass cancellation of flights in order to protect airspace passengers from neglect...
Go to mobile version