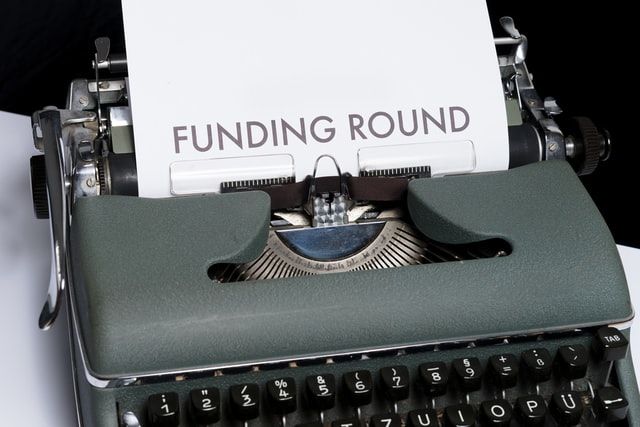 There is a big interest in Norwegian Funds among Polish companies.  “We implement four programs in Romania, Bulgaria, Croatia and Greece, but the scale of the program in Poland is more or less the same or even greater than in the other four combined – says Magnar Ø delien from the agency Innovation Norway, which is PARP’s Norwegian partner in implementing the “Entrepreneurship Development and Innovation” program financed by the Norwegian Funds.

“This program meets with great interest from Polish entrepreneurs” adds Mikołaj Różycki, deputy president of PARP. Currently, the recruitment in the competition “Blue Growth – Innovations in the area of ​​inland or sea waters”, announced for the second time, is coming to an end until April 7 this year for funding to apply for projects related to the sustainable development of water areas.

“Compared to other possibilities of financing investment projects in companies, the Norwegian Funds are relatively highly popular. We are announcing the competition in the Blue Growth scheme for the second time, while in three other thematic areas (green technologies, technologies that improve the quality of life or projects implemented by women’s companies),Norwegian funds have already been awarded and the implementation of projects is underway”  says Mikołaj Różycki.

Norway is not a member of the EU, but through a special, non-returnable financial instrument – namely the Norwegian Funds – it provides its contribution to the creation of a green, modern and integrated Europe. This mechanism is available in the countries that joined the EU after 2003, that is also in Poland.

Under this instrument, Polish micro, small and medium-sized enterprises may apply for grants for the implementation of projects related, for example, to environmental protection, energy efficiency or reducing social and economic inequalities.

“For Polish SMEs, these funds are another – apart from European or national funds – opportunity to develop, so entrepreneurs are keenly interested in them, says the deputy president of PARP.

As he notes, compared to EU programs, the Norwegian Funds distinguish specialised thematic paths, and the funds are dedicated to entrepreneurs from a narrow group of strictly defined industries.

“These funds fit our development concept very well, because in our products we also have a lot of solutions related to energy efficiency, and that was one of the basic parameters for receiving a subsidy” – says Witold Levén, one of the beneficiaries, president of the Leven Group company specialising in solutions and specialised equipment for the catering industry.

Photovoltaic panels and other energy-saving solutions

The Green Growth project completed by the company was financed by Norwegian funds for 2014-2021 . It included the construction of a modern production and warehouse hall with photovoltaic panels and other energy-saving solutions.

“We found that we needed new solutions in our hoods and one of the options to achieve this goal was to obtain a subsidy so that it could be financed better than we would do it ourselves. We used the subsidy to build a new hall and a machine for the production of new solutions. We also have heat pumps and photovoltaics installed here”,  says Witold Levén.

Co-financing to over 180 projects

“We awarded co-financing to over 180 projects for the amount of almost EUR 95 million. At this point, we have passed the halfway point, over 60 percent. of these projects have already signed contracts and are underway. We announced the competition for the first time in 2019, and the application deadline was in May 2020. Our expectations completely missed reality, as the interest was more than three times greater than the budget we had at the time.

Now we have an increased budget, precisely because there were many good projects that were on the reserve list – explains Monika Karwat-Bury, expert at the Department of Innovation Implementation in Enterprises at PARP. – On the other hand, we had savings from some programs and we launched another competition from them.

An additional competition is currently being recruited for “Blue Growth – innovations in the area of ​​inland or sea waters”. For co-financing – from 200 thousand. up to 2 million EUR – projects related to sustainable development of water areas, ecology and tourism can apply. The funds received in the Blue Growth competition can be used by the companies for investments, e.g. for the purchase of machinery, construction works, experimental development works or consulting services.

Micro, small and medium-sized entrepreneurs registered in Poland can apply for support, and applications can be submitted until April 7 this year, via a special application available on the PARP website.

“The Polish Agency for Enterprise Development is the operator of the Norwegian Funds for the first time and we are grateful for the trust placed in us by Norway as a donor country” says Monika Karwat-Bury.

“We have been working with PARP for several years and compared to other programs we organise, this cooperation is really good”, says Magnar Ødelien, Program Director EEA Norway Grants at Innovation Norway. “We are implementing four more such programs in Romania, Bulgaria, Croatia and Greece, but its scale in Poland is more or less the same or even greater than those four programs combined.

The main difference between Poland and at least some of the other countries implementing similar programs is that Polish companies are more advanced, have a more similar character to those from the northern part of Europe and are often simply better developed than in other countries.

Importantly, one of the main goals of the Norwegian Funds is also to stimulate cooperation between enterprises from Poland and Norway. Therefore, companies that apply for grants under this instrument are given the opportunity to build partnerships with Norwegian companies and enter the local market.

“These bilateral relations are an important element of the Norwegian Financial Mechanism. Polish SMEs cooperate with Norwegian partners, which translates into mutual benefits.

They create something together, cooperate, learn from each other, share knowledge and technology and gain experience in international and internal cooperation, “ says Margrethe Asserson, Program Manager at the Financial Mechanism Office.

As part of the Norwegian Funds, 1.25 billion EUR has been allocated for the implementation of programs in the EU countries in the years 2014 – 2021.

Want to go into the Scandinavian market?

If you want to go into the Scandinavian market, Biz in Poland can help you and especially if it is the Danish market.

You are more than welcome to hear how I and Biz in Poland can help you and your company. Just send me an e-mail to info@bizinpoland.com for further details.

Poles are buying more and more organic food.Inflation should not change it

Sick leave issued via online consultation can be illegal – ZUS...

06/05/2022 0
Sick leave issued by doctors online consultation could be illegal - informs the InnPoland portal.pl. The Ministry of Health, despite assurances, has not introduced...
Go to mobile version