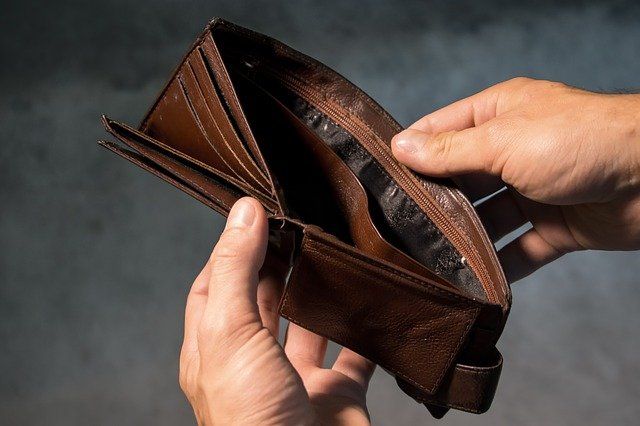 The Monetary Policy Council will once again decide about the fate of borrowers. Today’s meeting of the MPC will be held in the shadow of the March inflation reading, which reached a record level of 10.9%. And this cannot mean good news for all those who are indebted to banks.

Experts’ forecasts say that interest rates will be raised even by another 75 basis points. For some borrowers, this may mean an instalment jump by up to 70%.

Currently, the National Bank of Poland (NBP) reference rate is 3.5%. This is the effect of the MPC decision in March this year , which, as a consequence of the war in Ukraine and the resulting weakening of the zloty, raised rates by 75 percentage points. baseline. Recall that 3.5 percent. This is the highest level of the NBP reference rate since February 2013, i.e. for nine years. Unfortunately, it won’t stop there.

Goldman Sachs forecasts that the MPC will raise rates by 75pts today. Analysts at mBank are of the same opinion. ING bank experts, in turn, wrote at the end of March that the target interest rate. in Poland it will be in the range of 5-10 percent, and if the attitude of the current MPC was similar to that in 2010-16, the rate should amount to 7.5 percent.

The end of the era of cheap money

“A month ago, the NBP president Adam Glapiński announced himself at the conference closing the meeting as “a hawk at the head of a hawk”, and the monetary authorities were perceived by the market as clearly determined to control inflation and support the zloty, which was record weak against the world’s major currencies.

If this reputation is to be maintained, the pace of March tightening must also be sustained, prompting the expectation of a move by 75 points. baselines, up to 4.25 percent.”,  estimates Bartosz Sawicki, Cinkciarz.pl analyst.

In his opinion, not only the rampant inflation and geopolitical situation, but also the fiscal policy of the Polish government speak in favour of stronger interest rate increases in Poland and their prolonged high level.

“When the government increases spending, in order to prevent the persistence of high inflation, the central bank must raise interest rates harder and longer. Anyway, all over the world there are more and more signs that in economic processes, first the pandemic , and then the war unleashed by Russia, are introducing changes that will require a more rigorous policy from central banks.

The entire process may take not several quarters, but even many years. In other words: the era, historically speaking, of unprecedentedly cheap money, which has lasted all over the world since the global financial crisis, is rapidly coming to an end.”, adds Bartosz Sawicki.

The final decision will be announced today in the afternoon, and we will have to wait for its justification until tomorrow’s conference of the President of the National Bank of Poland, and at the same time the chairman of the MPC, Adam Glapiński, which was scheduled for 3 pm.

“However, it is worth remembering that this is the seventh rate hike, and the banks update the interest rate every 3 months or once every 6 months. Therefore, if the update takes place now, the increase in the instalment will be much higher than it results from the April increase only” – the expert writes in his commentary.

This is the effect of the fact that WIBOR 3M is already 4.84%, so it discounts interest rate hikes that may be introduced by the MPC in the coming months. If such a loan had an interest rate based on WIBOR 6M, the instalment would only increase for the first time – from PLN 1 thousand. PLN 296 immediately up to 2,000 182 zlotys. This is a jump of almost 70 percent.

“Unfortunately, there are many indications that this is not the end and the rates will continue to rise. The quotations of futures contracts suggest that in the next 6 months 3M WIBOR may amount to 6.25 percent, and WIBOR 6M as much as 6.5 percent. In this case, the instalments of the loans described above would increase to 2426 PLN and 2476 PLN respectively “- comments an Expander analyst and adds:

“In the case of newly granted loans, the effects of the increases are somewhat mitigated by cuts in credit margins. For the loan with the lowest admissible own contribution (10%), the average margin fell from 2.87% at the beginning of October 2021 to 2.48% now. The rate. At that time, however, WIBOR 3M increased from 0.24% to 4.84%. Despite the lower margin, the interest rate increased from 3.11% to 7.32%. “

Market predictions are not always accurate, so it is worth analysing how loan instalments will change in the event that the interest rate increase is lower than the assumed 75 points. We assume that the scenario of keeping interest rates unchanged. at its current level, it is very unlikely, so let’s take a look at situations where rates rise by 25 and 50 points.

And if the MPC surprised us negatively and raised interest rates not by 75 but by 100 points. baseline? According to Jarosław Sadowski’s calculations, this means loan installments are higher by  199 PLN (30-year repayment period) and 153 PLN (10-year loan). What is worse, if not now, then in the coming months, you should prepare for such a scenario.

“Higher interest rates and increased inflation are not episodes, but phenomena that will leave their mark on our household budgets for a longer time. On the part of the MPC, there is a struggle for inflation, which in March reached double-digit value , to stabilise in the following quarters and to gradually fade away.

Even if this happens, it seems realistic to maintain a few percent NBP rates for many quarters” assumes Bartosz Sawicki, an analyst at Cinkciarz.pl.

This means that the high loan instalments compared to previous years will additionally increase and will not fall quickly. Therefore, when planning your loan-financed expenses, be reasonable and adopt a security cushion.

“Financial markets currently assume that the cycle of increases should stop at around 6%. Realisation of such a scenario for a sample loan for 30 years and a value of PLN 300,000 PLN incurred in the second half of last year means a jump in the monthly instalment from less than 1.2000 PLN to about 2.300 zloty. The loan instalment in a dozen or so months can increase by up to about 100%. ” the economist warns.

And Jarosław Sadowski points out one more aspect of the interest rate hike cycle, namely the availability of financing. Due to the ever higher rates and the PFSA’s recommendation on the method of calculating creditworthiness, the availability of mortgage loans will drop significantly.

Historical lows on the Warsaw Stock Exchange. 2 firms scrubs the...